LG Electronics South Africa has announced that the world’s first 84" Ultra HD 3D TV has become available within the South African market. Just like Sony’s massive 84" Bravia TV, this Ultra HD 3D TV boasts a staggering 3840 x 2160 resolution that is four times better than current full HD (1080p) HDTV sets. LG asserts that users will “be astounded” by the level of detail of the picture quality with eight million pixels per frame, which is largely made possible by LG’s advanced Triple XD Engine.

The Korean firm’s Resolution Upscaler Plus technology featured in this TV enables images from external sources, such as portable hard drives, to be upscaled and rendered in even greater detail.

In terms of connectivity, this 3D TV is very generously fitted with a composite video and audio port, three USB 2.0 ports, a D-Sub connector and four HDMI ports, amongst others.

Take your viewing pleasure into the 3rd dimension

Beyond is massive picture size and incredible resolution, this set also sports LG’s Cinema 3D technology allowing it to display 3D content, and convert 2D movies and photos into 3D (and vice versa). This embedded 2D to 3D conversion engine does not only expand the availability of 3D content, but also boosts the TVs Dual Play functionality.

The latter enables gamers to simultaneously display different images on the giant screen, when they go head-to-head in the latest racing title for instance. This is different from the split-screen gaming we’ve come to know, since each player (wearing a pair of Dual Play glasses) is only able to see his unique point-of-view (POV) of the game in 2D across the entire TV screen, without being able to see the opponent’s POV.

Some of the built-in 3D functionality includes 3D Depth Control, allowing viewers to set the distance between near and far onscreen objects. In addition to this, the 3D Sound Zooming feature will ensure that the sound for the onscreen objects is generated more accurately according to their location and movement. The set comes equipped with a generous four pairs of 3D glasses and two pairs of Dual Play glasses. 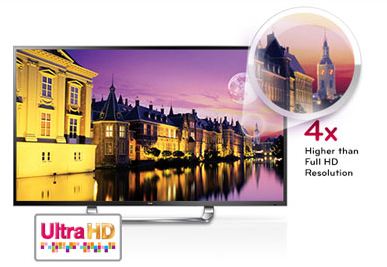 LG kitted its Ultra HD 3D TV out with a 2.2 speaker system, consisting of two 10 Watt speakers plus two 15 Watt subwoofers. According to the company, this ensures that the exquisite picture quality is complemented by an equally luxurious cinema-like audio experience.

By using the provided LG Magic Remote, users will be able to channel surf and navigate the TV set’s home dashboard to access its Smart TV features, such as a full web browser for surfing the net. LG’s Smart TV ecosystem also includes access to the firm’s app store which provides users with a large selection of around 1 400 apps and premium content services, including 3D World and its selection of 3D movies and gaming titles. 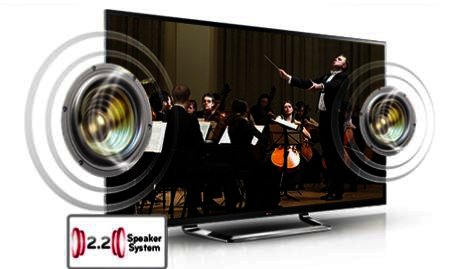 All of this functionality and this variety of features do come at a price though, with this set going for a ‘send the kids to varsity or buy a new TV’ recommended retail price of R180 000. This is a considerable premium over Samsung’s already not-so-budget-conscious RRP (R109 000) for its 75" ES9000 LED Smart TV.

“LG’s Ultra HDTV represents a whole new level of home viewing experience. It has every advanced technology we currently have to offer and we are excited about bringing this technology to the South African market,” said Michael Bruchhausen, senior sales director at LG Electronics SA.

In related news, LG and Google also recently pulled the wraps off of the new Nexus 4 smartphone that boasts a whopping 2 GB of RAM and is powered by a snappy 1.5 GHz Qualcomm Snapdragon S4 Pro quad-core processor.