By Vipin Borkar, director of Product Management at Citrix

Just recently, Microsoft unveiled the Windows 10 S, which offers significant benefits in simplicity, security and cost effectiveness, opening up many possibilities for businesses. Citrix Receiver is ready for Windows 10 S, so when the devices with Windows 10 S come out, our answer will be ‘YES’ to embrace them for business.

Windows 10 S is a locked-down OS that runs the applications delivered from Windows Store only. This means many existing Win32 apps, which are not moved to the store yet, will not run locally on Windows 10 S. The best way to get access to these business critical Win 32 apps is through Citrix XenApp and XenDesktop. Citrix Receiver opens the door for the Win 32 apps to run on Windows 10 S. This way you can run your business critical apps and also get flexibility to run any other browser like Chrome or other search engine on browser like Google search, adding more value on top of the simple, secure, cost effective characteristics of Windows 10 S.

The new Citrix Receiver for UWP supports ‘Hardware Continuum’ using Windows 10 Phone. This allows users to not only use the XenApp applications on the phone while on the go, but also to dock the phone in a continuum dock and use it like a thin client in office, getting the full Windows desktop experience with business critical Win 32 apps. This way the users need just one device while on the go and when in office. Watch the video below to see the Hardware Continuum use case with Citrix Receiver:

Citrix Receiver makes TLS connection to XenApp and XenDesktop, where you can leverage TLS 1.2 or lower. There is also an option of using SecureICA encryption for the connection if you are running an older version of XenApp.

The Citrix Receiver for UWP gives a native touch and gesture experience on Windows 10 for the virtual app and Desktop. The user can smoothly do pinch and zoom, drag a window around for the efficient interaction with the remote applications.

Citrix is excited with the release of Windows 10 S and the new Citrix Receiver for UWP. Citrix is invested with the Universal Windows Platform strategic direction from Microsoft; expect more exciting capabilities coming in future in this area 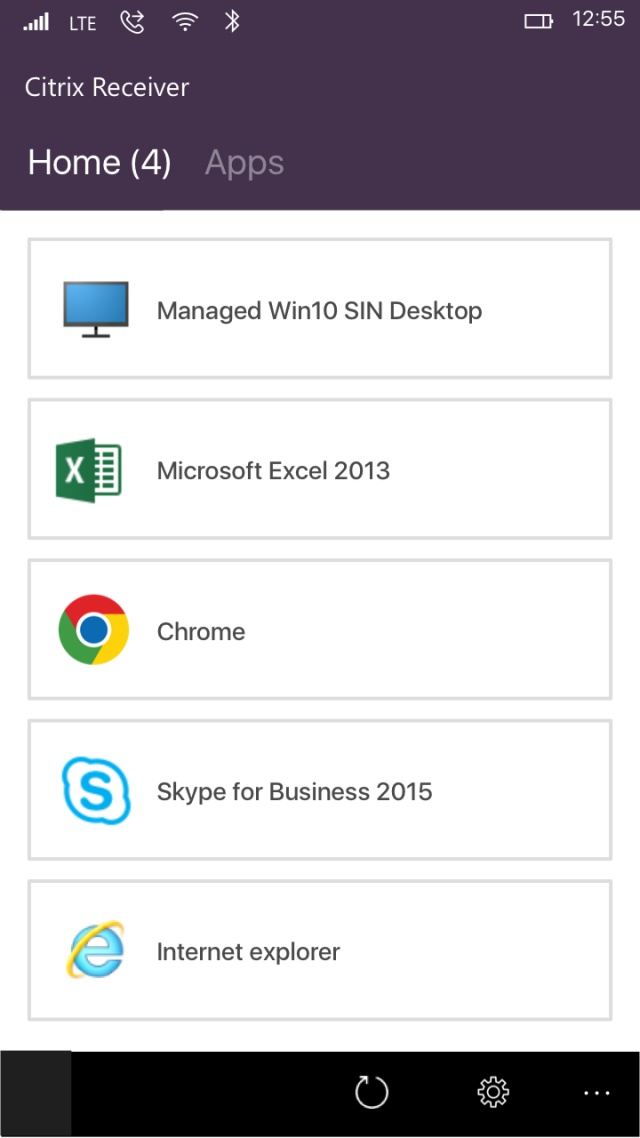