The Relationship Between Customer Retention and Bu...
0
comments

Huawei Unveils the Most Powerful Mate Line-up Ever
0
comments

Born from a personal need to quickly and easily compare fibre options, Du Rand says, “I created FibreTiger because I struggled to compare the differences in offers and the price of each level of fibre package across Internet Service Providers.”

Available to the public at www.fibretiger.co.za, the website will help users to quickly compare fibre packages, based on requirements such as shaping, capping, capacity, data and pricing. It is also possible to search by network or a favourite Internet Service Provider (ISP).

“What most people don’t yet understand is that currently the fibre network is very much dependent on your neighbourhood, as most neighbourhoods at this time only have one network provider, and not all ISPs are available across all networks,” Du Rand states 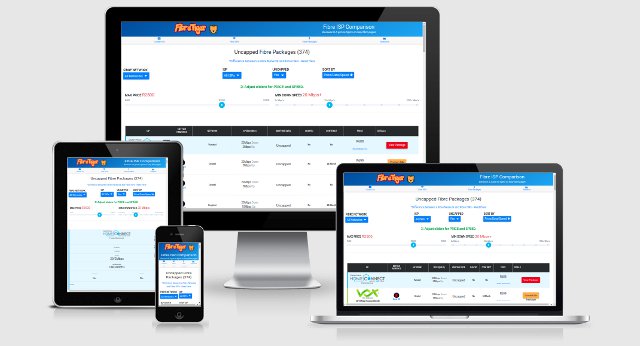 Line speed and all that matters

When it comes to line speed, Du Rand recons that for two-person households, 10 Mbps is the minimum requirement. “Larger families shouldn’t sell themselves short and should consider 20 Mbps or more. Your money won’t be wasted and the price difference should be manageable,” he says.

The fibre comparison tool also looks at how customers experience their ISP. The one that keeps receiving great feedback, such as providing good support, friendly service and speed to installation, is Vox. From the lesser known boutique ISPs that are up and coming, and which provides the best bang for your buck, HomeConnect and ISPAfrica compare favourably.

FibreTiger is now also offering a Netflix ranking to make it easier for streaming users to choose a stable provider. The Netflix ISP speed ranking index ranked the following ISPs as most stable for August: #1 Cool Ideas, #2 Vodacom, #3 Vox.

If you know which network is heading to your neighbourhood for fibre installation, FibreTiger is the tool you need before signing up for an ISP.