Women in IT get together to celebrate the nerd, th...
0
comments

In celebration of Global Running Day which took place on 1 June, Under Armour hosted the UA ALL OUT MILE grand finale event. This saw hundreds of athletes – including elite athletes, novice runners, top club runners, celebs, sports personalities and the general public – going all out to take on the ‘1 Mile Run’ around the iconic Green Point Athletics Track.

For the 2nd consecutive year Under Armour hosted its popular Global UA ALL OUT MILE campaign, where runners from across the world have been lacing up and training to record their PB over the iconic 1 mile (1,6 km) distance. The campaign kicked off in May and concluded on Global Running Day (1 June) with 14 events hosted in key territories across the globe, with Cape Town playing host to the South African leg.

With an impressive exhibition of running on display, an unprecedented total of four elite athletes managed to break the sub-4 minute barrier, with Justin Kemboi from Kenya crossing the finish line with a time of 03:59.02 to take top prize as the winner in the Men’s Elite category. 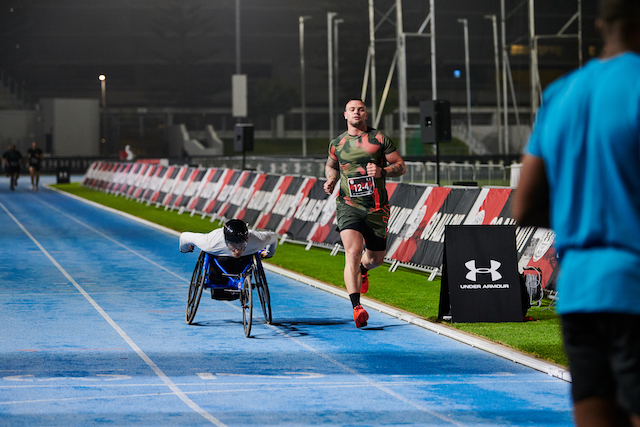 20-year-old South African favourite Prudence Sekgodiso blistered through the field to secure bragging rights as the fastest in the Women’s Elite race with a time of 04:43.17. Other notable runners on the night included Blitzbokke Captain Shakes Siviwe Soyizwapi; South African professional boxer and IBO cruiserweight champion Kevin Lerena; as well as Stormers outside centre Ruhan Nel.

The Mile, much like the 100 metres and the marathon, is still widely considered one of the most iconic distances and the pinnacle of athletic excellence. The first sub-4-minute mile was smashed in 1954 by Roger Bannister. His time of 3:59.4 has since been broken by over 1600 athletes worldwide. Two unmatched records still stand today in the ladies and mens categories. The men’s world record stands at 3:43.13, set by Hicham El Guerrouj of Morocco in 1999, while the women’s record sits at 4:12.33, held by Olympic sensation Sifan Hassan, set in July 2019.

However, the mile isn’t only for a ‘pro’ or Olympic athlete, it’s the ideal fitness distance for runners looking to test their speed and endurance, regardless of age or ability. UA recognised the massive appeal that the distance holds and wanted to create a campaign that would challenge runners and encourage them to reach their best. 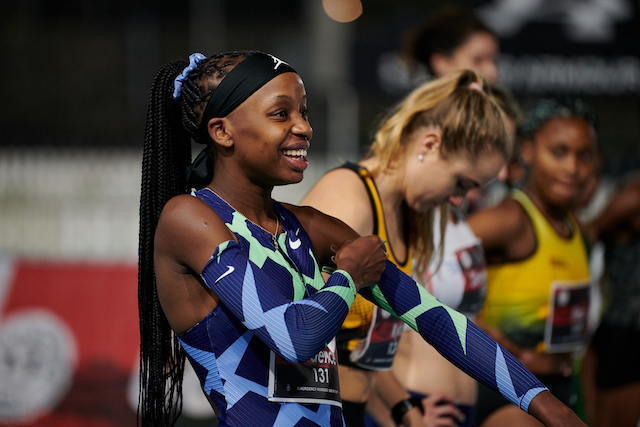 Commenting on a very successful event, Under Armour South Africa MD Darren Cooke says, “It has been amazing to see the ALL OUT MILE campaign come to life, particularly here in South Africa. Those in attendance were treated to a superb display of running with many setting new PB’s. It has been an honour to host some of the top elite middle-distance runners and at the same time bringing the local running community together. UA is dedicated to helping athletes, both pro and amateur, to continuously assess and improve their performance and this was definitely achieved with the ALL OUT MILE campaign.”

“One of the highlights of the evening was definitely the spectacular Elite men’s race, culminating in four world class performances by four athletes running the mile in under four minutes. What an absolute privilege to bear witness to an incredible feat,” concludes Cooke.

VIEWING PAGE 1 OF 1
<< PREVIOUS PAGE next page >>
TAGS:
Under Armour SAUA ALL OUT MILEUArunning
USER COMMENTS