Kaspersky Lab held its annual European Cyber Security Weekend in Malta from 20 to 23 October. The event brought together company experts, guest speakers from the Dutch National Police, journalists and business guests from all over the region, as well as Israel and South Africa. This year, one of the main topics of the conference was ransomware – a threat that poses severe risks to the finances and data of both consumers and businesses with special attention being paid to the IT security needs for small and medium sized businesses. Kaspersky experts also gave an overview of current global and regional cyberthreats and security trends and discussed the main threat vectors affecting the region.

Kaspersky Lab’s analysis of IT threats in the third quarter of 2016 indicates that, in Europe, 33% of users had encountered security incidents related to local networks and removable media and 15% faced web related threats. Statistics from Kaspersky’s cloud service (Kaspersky Security Network) for July to September 2016 show that the Ukraine continues to have the highest number of users affected by local threats (57.9%), followed by Israel (38.5%), Serbia and Greece (37.6%) and South Africa (36%). The highest number of web threat incidents were reported in Slovenia (23.9% of KSN users) and Ukraine (21.8%), followed by Spain and Greece. The Netherlands, South Africa, the United Kingdom and the Czech Republic have somewhat lower threat levels: 7-10% of users were affected by online threats in those countries.

“Cyber threats evolve alongside technology, impacting all spheres of individual and business experience. Aside from simply rapidly multiplying, malware is also becoming more sophisticated, inflicting more damage. Ransomware is developing especially fast and is one of the main current IT threats. Our survey shows that 40% of users today are paying a ransom when their data is encrypted, which only serves to indulge the cyber criminals”, explains Marco Preuss, director of Global Research and Analysis Team Europe, Kaspersky Lab. “Also, new risks, inspired by the Internet of Things, are appearing on the horizon; we have already seen how Smart TVs can be used to spy on their owners and how a smart door can be unlocked for unauthorised people. It’s imperative we prepare for both the current and future risks posed by these new devices.”

In 2015 and early 2016, Kaspersky Lab registered more than 2 million cyber incidents involving ransomware, many of which have drawn a wide public response. Compared to the period of 2014-2015, the number of ransomware-based attacks on the corporate sector increased sixfold. Kaspersky Lab experts expect that with the increasing usage of ransomware by cybercriminals, this type of malware could even surpass banking Trojans.

According to the 2016 Corporate IT security Risks Survey, 20% of businesses across the world experienced a ransomware attack in the last 12 months. In Europe this problem appears to be even more prevalent with 28% of companies having experienced a threat. As for South Africa, the rate here is slightly lower – 19%. Ransomware is not only limited to PC users, but is also well developed on mobile platforms; in the second quarter of 2016 we detected 83,048 malicious installation packages developed for mobile.

To help more companies reduce the risk of ransomware infection, Kaspersky Lab has released a free Anti-Ransomware Tool for Business, along with special anti-ransomware features in its key solutions. As well as this, Kaspersky Lab, together with Europol, Dutch National Police and Intel Security, has launched the No More Ransom project – an online portal (www.nomoreransom.org) aimed at informing the public about the dangers of ransomware and helping victims to recover their data without having to pay a ransom to the cybercriminals. Among its current members are 14 different countries’ national law enforcement agencies.

“We are committed to fighting cybercrime and ransomware in particular, but we can only achieve success by joining forces with other law enforcement agencies and cyber security companies. Cybercrime is global, it knows no limits or frontiers, so we definitely need this cooperation. Together, with both the No More Ransom project and our other activities, we are doing everything possible to disrupt cybercriminals’ activity and return files to their rightful owners, without making the latter pay a ransom. We are also committed to doing everything in our power to make users and organisations aware of this problem as, unfortunately, there are no decryption tools for all the different types of ransomware. Backing up your data and exercising caution online can help tremendously in avoiding the infection”, said Ton Maas, digital coordinator at the Dutch National Police. 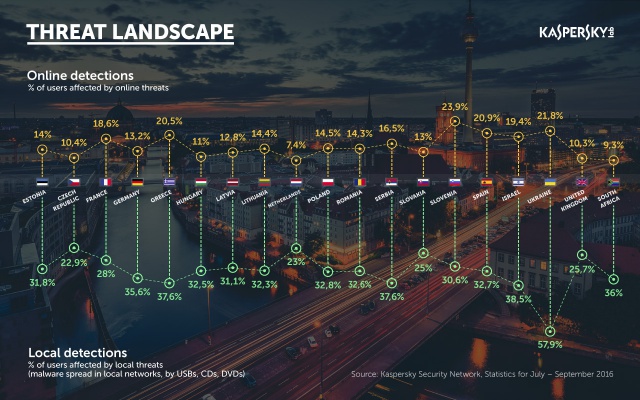