Apple has put a final end to the rumours that have circulated of late regarding what exactly it would be revealing at its Worldwide Developers Conference, by detailing the updates that its notebook line-up is receiving.
And, while it effectively laid the 17” MacBook Pro to rest, the rest of the news was all good.

For starters, the company showcased a next generation MacBook Pro, that will sport the Retina display that garnered so much favour on the new iPad.

Graphics and storage wise, the new notebook is equipped with a GeForce GT 650M graphics solution and up to a capacious 768 GB of flash storage, respectively. The base model though, will come with a dual core i7 clocked at 2.3 GHz, 8 GB of RAM and a more industry standard 256 GB solid state drive.

Other features that users can expect include USB 2.0 and USB 3.0 ports, two Thunderbolt ports, and an SD card slot. Additionally, and particularly notable, the next generation MacBook will have an 18 mm profile (only slightly more than the MacBook Air) and weigh in at 2 kg. However, this welcome reduction in thickness and weight comes at a price, namely, the sacrifice of the optical drive.
For a more intimate view as to why Apple believes this is its "best notebook" to date, hit the video below.
Air to the throne

Along with the next generation MacBook, the much loved MacBook Air also received an upgrade, which will bring an Ivy Bridge processor (dual core i7 clocked up to 2GHz), to the ultralight notebook.

Additionally,  up to 8 GB of memory and a solid state drive that provides up to 512 GB of storage, along with USB 3.0, will also be onboard. 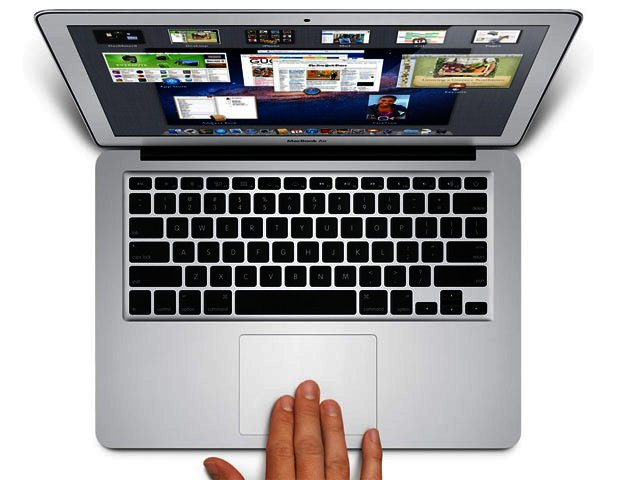 The new MacBook Air has also received an upgrade, in the form of Ivy Bridge processors.
Calling a pro

Amid these two announcements though, the workhorse of the range, the MacBook Pro, has not been completely neglected either. The 13” MacBook Pro receives a much welcome bump in screen resolution, up to 1280 x 800, and can be configured with either a dual core i5 processor running at 2.5 GHz or a dual core i7 running at 2.9 GHz.

The 15” will be available with a  quad-core i7 processor, while users will be able to choose between 2.3-GHz and 2.6 GHz variants, and the display will similarly be bumped up to a 1440 x 900 screen resolution. Graphics wise, on the 15” MacBook Pro, users will also be able to choose a GeForce GT 650M with 512 MB or 1 GB of video memory.

Along with these announcements, Apple also revealed details of iOS 6 and its Mountain Lion OS. Unfortunately though, local prices and availability have yet to be released.

However, given the array of customisation on offer, we expect the prices to vary quite substantially, from the R9000 mark and up.