Although lists of the most highly anticipated games are plentiful on the internet, global information and measurement company Nielsen has released its Top 20 Games to Watch report based on a more scientific approach.

The company conducted its Video Game Tracking survey between August 21 and September 17, during which 5000 active gamers were interviewed via online survey. Additionally, the company took into account 417 million online conversations that were examined by NM Incite, a Nielsen McKinsey company, which analysed the primary elements driving consumers’ online conversations around each title.

To help narrow the focus of this analysis, Nielsen filtered the field to those titles releasing on at least one of the three major consoles (Xbox 360, PlayStation 3, Wii) during the timeframe of late August to late November. The resulting list was not surprising, with Call of Duty: Modern Warfare 3, Gears of War 3, Madden NFL 12, Assassin’s Creed: Revelations and Batman: Arkham City taking the top five spots. 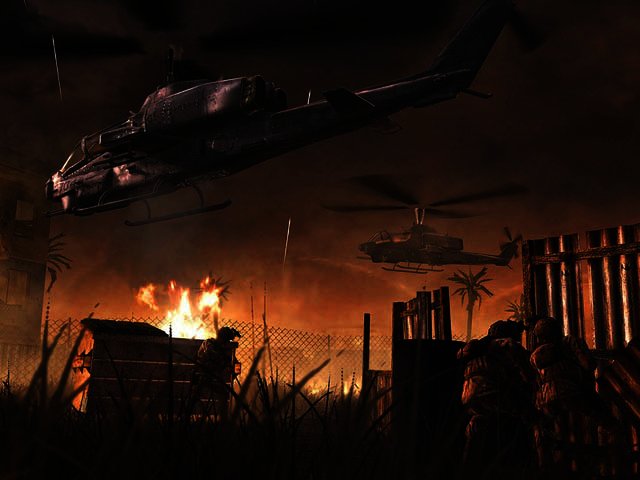 Call of Duty: Modern Warfare 3 has taken the top spot in Nielsen's Top 20 Games to Watch
Apart from Gears of War 3 for Xbox 360, other platform exclusives expected to resonate strongly with consumers in the coming months included Nintendo’s The Legend of Zelda: Skyward Sword for Wii (6th place) and Sony’s Uncharted 3: Drake’s Deception for PS3 (11th place).

The report further gave details about what gamers are most excited about for each title. Those anticipating Ubisoft’s Assassin’s Creed: Revelations were excited for the return of multi-player functionality to the franchise, while gamers looking forward to Warner Bros Interactive’s Batman: Arkham City are speculating on the villains they’ll face in the new title. Fans of EA’s FIFA franchise are hoping for more pro and career mode options in the upcoming iteration, and Uncharted 3 was expected to be even better than the previous iterations.

The company pointed out that while Action/Adventure games hold the most spots in the top twenty, the list is a testament to the diverse interests of today’s gamers—from the intense action of first Person Shooters like Square Enix’s Deus Ex: Human Revolution, to the energetic enthusiasm of Music / Rhythm games such as Ubisoft’s Just Dance 3, to the epic sense of adventure in Bethesda’s RPG Elder Scrolls V: Skyrim. Sports and racing titles like 2K’s NBA 2K12 and EA’s Need For Speed: The Run are represented as well.
TAGS:
gamesNielsenUncharted 3Resistance 3Call of Duty Modern Warfare 3Gears of War 3
USER COMMENTS