In a marriage that was somewhat inevitable, given the popularity of smartphone photography, Nikon has announced its new Coolpix S800c compact camera, which distinguishes itself by running on an Android platform.

The combination of Nikon’s technology with Android’s connectivity is intended to deliver both the camera imaging capability of the former, with the app-based versatility, and most importantly, connectivity and sharing capability, of the latter.

The company elaborated that the new camera, which has been designed for the ‘always connected’ user, will further enable users to capture photos and HD video with “amazing” clarity and colour, while offering a familiar portal to connect to social networks and popular imaging applications. 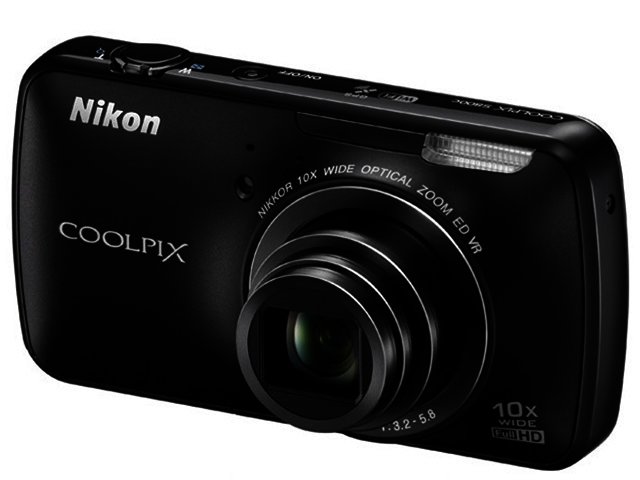 The CoolPix S800c aims to the sharing functionality of smartphone photography,
and the richer features afforded by dedicated compact cameras.
Connectivity is king

The camera’s main selling point though, is its connectivity and sharing capability. To this end, users will be able to connect to the internet via Wi-Fi networks. Nikon explained that the CoolPix S800c also has the ability to connect through Wi-Fi Protected Setup (WPS) for a fast and secure push-button connection.

Additionally, when a Wi-Fi connection is not open or available, the camera can transmit images and videos wirelessly to a smartphone or tablet, allowing the user to share better images through a mobile network. We would imagine the camera is also able to connect to the internet via portable hotspot functionality found on many new smartphones.

Users will therefore be able to connect, browse and upload photos to their social networks, including Google+, Facebook and Twitter. Just like a smartphone or tablet device, the camera has the opportunity to run camera-specific photo and video applications, such as Instagram, while also catering to the Google Play store.

Along with accommodating the usual applications familiar to smartphone users, photographers will further be able to access  Nikon's photo storage and sharing site, my Picturetown, from the device. 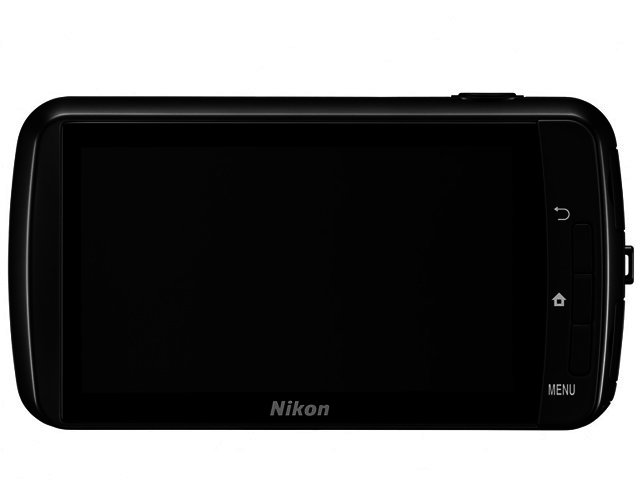 The camera's back is minimalist in terms of tactile buttons, as instead it offers a touchscreen.
Imaging essentials

While the connectivity and Android functionality offered by the new camera may be its main distinguishing factor, the Coolpix S800c is certainly no slouch in the camera imaging department either.

Rather, it boasts a 16 megapixel CMOS sensor that Nikon explained is much larger than the CCD sensor typically found in smartphones or tablets. Additionally, it offers a 10x NIKKOR zoom lens, which covers the 25 mm to 250 mm range, along with Nikon's VR optical image.

Further features include a 3.5” touchscreen OLED monitor and continuous drive mode, which is able to capture up to approximately eight frames per second, along with a variety of scene modes and creative filters, including the new toy camera effect, super vivid colour filters, as well as cross process and peripheral darkening filters.

As expected, full HD Video (1080 p) is also onboard, as is stereo sound, and the facility to instantly upload video clips to YouTube and Vimeo. Sweetening the deal further is the inclusion of an integrated GPS for geotagging one’s photo locations.

While the Coolpix S800c offers 1.7 GB of internal memory for pictures and movies and 680 MB for applications, this can be further extended via the use of SD/SDHC cards, up to 32 GB.

We can certainly see the viability of the union between conventional imaging and the Android platform, particularly for Instagram lovers who still wish they can take and upload shots on other than their smartphone.

Is the Android capability of the Coolpix S800c a schism that can potentially divide cameras into a pre-Android and post-Android (or maybe even other mobile operating systems) world? Well maybe not yet, since the camera still needs a hotspot to connect. But it certainly acknowledges the importance that social networking plays in modern photography.

The S800c will be apparently available in September 2012 in the US for a RRP of $350, and will be available in silver, red, white and black, but local availability and pricing has not yet been confirmed.