Following the introduction of the dual-core ARM Cortex A9-based Exynos 4212 application processor, which runs at speeds of up to 1.5 GHz, Samsung Electronics has announced its next-generation Cortex A15-based system-on-a-chip (SoC), operating at a frequency of up to 2 GHz.

Samsung stated that its latest Exynos SoC will do duty primarily within high-end tablets and will be mass produced as of Q2 of 2012.

The company’s high-performance dual-core Exynos 5250 mobile application processor was created using a 32 nm-low power HKMG (High-K Metal Gate) process, and the Korean tech giant noted that it will be able to deliver double the processing performance of the 1.5 GHz dual-core Exynos 4212.

Besides the boost in processing performance, the Exynos 5250 boasts support for stereoscopic 3D displays and display resolutions of up to WQXGA (2560 x 1600), while it will provide 2012’s tablets with a graphics performance over four times greater than that of the company’s Cortex-A9-based SoCs.
In related news Samsung South Africa also recently announced that a credit card payment option for its Samsung Apps store for Android-operating mobile devices has officially gone live. 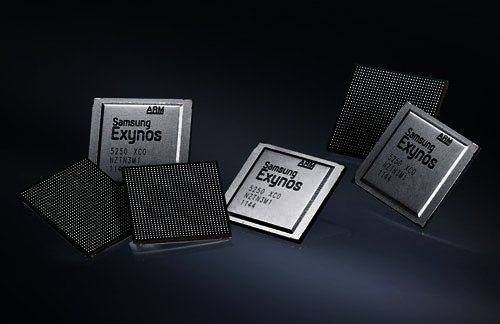