Liberating an entire county from the stranglehold of a crazed religious cult is no mean feat. It's the mammoth task laid before gamers for Ubisoft's latest offering, Far Cry 5, as they try to take on John 'The Father' Seed and The Project at Eden's Gate in the fictional location of Hope County, Montana. Think Mad Max if the David Koresh were running the show.

The setting for this new Far Cry title feels both foreign and familiar, with the vistas of Hope County almost hypnotizing at times with its lush 'natural' beauty. This, however, is quickly altered by the current residents controlling Hope County, The Project at Eden's Gate (PEGIs), whose manic followers are armed to the teeth and are quite happy to shoot first and ask questions never.

As such, when it comes to scale, violence and beauty, FC5 delivers and then some. 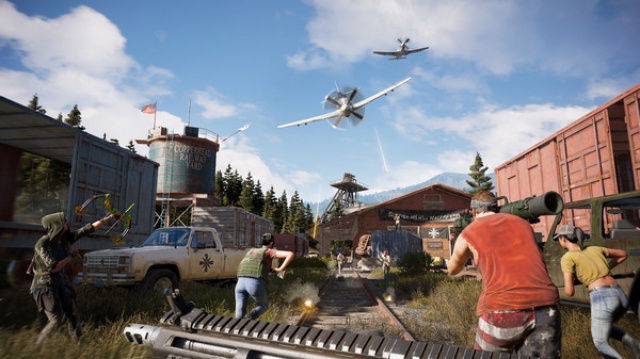 Part of the game's allure, apart from being a new addition to one of Ubisoft's most popular franchises, is the story that has been crafted. With a strong history of creating instant classic villains, as well as setting their stories in unique locales, FC5 is no different, ticking all the same boxes.

For FC5, Ubisoft may have its best and most complex antagonist to date in the form of Joseph Seed. Unpredictable, charismatic and dangerous, Greg Bryk's performance as Seed exemplifies all the elements one would expect of a real-world cult leader, and as such adds superb weight to the storyline.

Unlike other previous FC5 villains, Seed's eerie calmness is unnerving, and encapsulated in particular during the opening few scenes of the game when meeting The Father face-to-face. When it comes to great video game villains, we reckon Joseph Seed will rank among the best in recent memory. 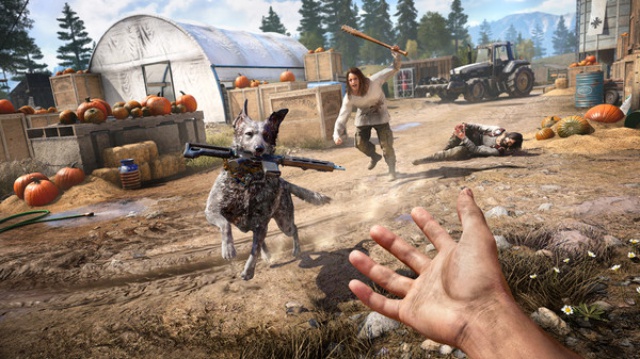 Moving onto the gameplay, which can prove exciting and frustrating at times. The element the game nails is the weapon mechanics. Recoil, accuracy, damage are unique to every gun we picked up in-game, and made the choice of weapon vital depending on the missions we were taking on.

They also had the pros and cons, with scope sporting rifles proving great at surveying a PEGI stronghold before an assault, but performing less than ideally once a wave of enemy targets started coming our way.

The result was that weapons with a higher degree of accuracy, such as handguns and bows and arrows were often the better allround choices as we made our way through the game. 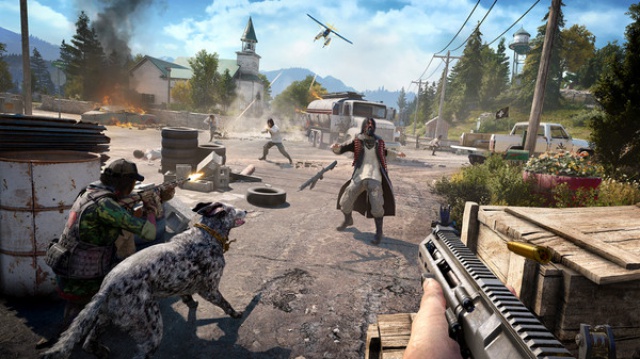 As for the elements of gameplay that remained an oddity, erratic enemy actions cropped up a bit too often. In particular, we found a couple of stray enemies seemingly trapped in the woods or behind fences, instead of advancing on our position like their mates did.

Another aspect of gameplay that stuck out for us was repetition, specifically when it came to securing different areas of the map. With large regions of the map needed to be secured by you and your resistance fighters in order to progress the game, there is a bit of a predictable cycle of head to one place, kill all the bad guys, and repeat.

Luckily to break the monotony, there are a few unique tasks to do in Hope County, which has an air of GTA about it, such as hunting different types of wild game, heading to fishing spots, performing stunt jumps and donning a flight suit to fly over the county. Whether or not this will be viewed as a distraction from the main campaign though, will depend on the gamer. 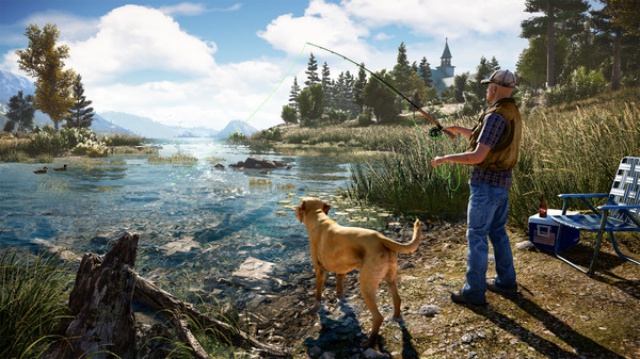 A key part of FC5 is collaboration. Specifically the bonds you make with guns for hire in-game. Yes, the larger scale allies you encounter as the game progresses play an important role to missions central to the storyline, but we found that civilians that we freed from enemies and then hired as help, proved far more effective when it came to eliminating PEGI camps and structures.

As helpful as guns for hire are though, they can be a little buggy. One more than one occasion, when left free to roam as we moved from one point to another on the map, our hired help got injured or died in very odd ways. A particularly peculiar death befell one when they simply walked into a fire for some unknown reason. This was made even more frustrating as we could not revive them at the risk of catching alight ourselves.

Consequently, as good an aid as the rescued civilians of Hope County can be, they do require quite a bit of babysitting at times. 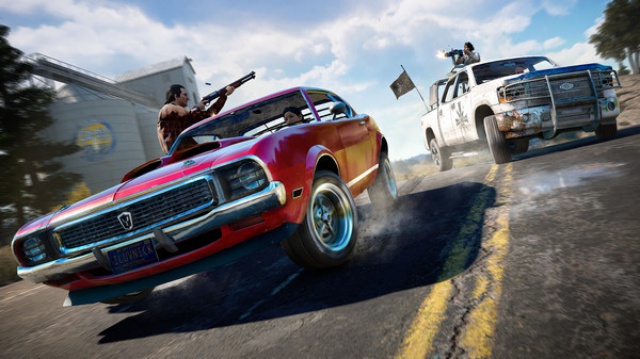 The Far Cry franchise has always been one that tries to add unique elements to the standard first-person shooter experience. In Far Cry 5, Ubisoft has achieved this once again, blending together an interesting narrative, sharp gameplay and a wide variety of additional activities to keep gamers playing for quite some time. Yes, there are a few small things that hampered the overall experience, but on the whole Far Cry 5 sucks you into its world of beautiful vistas and violent cults.