The Killzone series has always been one of the mainstays of the PlayStation 3 shooter experience, likened by some as the PS3's Halo. Now Killzone 3 attempts to revitalize the exclusive PS3 shooter genre in a heady mixture of stunning graphics, solid action and some Helghast killing mayhem.

Killzone 3's story picks up right after that of Killzone 2, in which the player had succeeded in killing the leader of the Helghast army, Scolar Visari. Now Rico, Sev and the small group of ISA soldiers left on the Helghan homeworld have to hold out against a brutal retaliation from enemy forces, hoping for a miraculous rescue.
The story in Killzone 3, ambitious as it is in its dramatically acted cut-scenes, was a bit of a disappointment at the end of the day. We've seen the characters a thousand times, with all the stereotypes of evil scarred generals, traitorous industrialists and a band of meatheads (that's you) fighting for justice... or something. 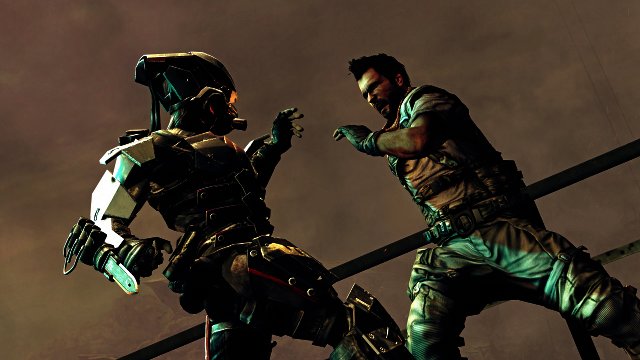 Justice.
Gameplay
While the game may not be remembered for its storyline, it definitely makes up for this in gameplay. The controls felt tight and responsive with a snappy aiming system and weapons which looked and felt good.
The game doesn't make any great leaps from standard FPS control and combat though and overall plays as a very linear shooter. Killzone 3 is also a much faster paced game than its predecessors, with Call of Duty-esque combat filled with lots of sprinting (even while carrying 80 kg turrets), something which not all fans of the series might appreciate. Still, combat was a visceral and intense experience, with a fluid snap-to-cover system helping to speed things up even more.
The single player campaign should keep players busy for a good six to eight hours and includes a couple of vehicle segments to break the monotony of the fire-fights. Unfortunately these segments mostly sees the player taking on the gunner role, meaning whether you're in a futuristic APC or a spaceship, for the most part all you'll be doing is holding R1 while watching the fireworks. Brief jetpack and EXO mech sequences helped make up for this. 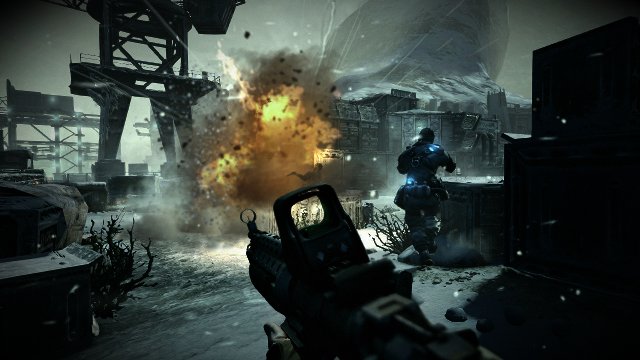 Combat is fast paced and smooth.
Presentation
Killzone 3 is an exquisitely beautiful game, one of the best looking we've seen on PS3, if not the best. With gorgeous shading, colouring and lighting and realistic physics, the simple act of shooting an enemy soldier is turned into a vibrant ballet of graphical beauty.
Different environments are also featured throughout the game, with gorgeous jungle and snow covered missions offering brief breaks from the scarred urban landscapes in which most of the game takes place. 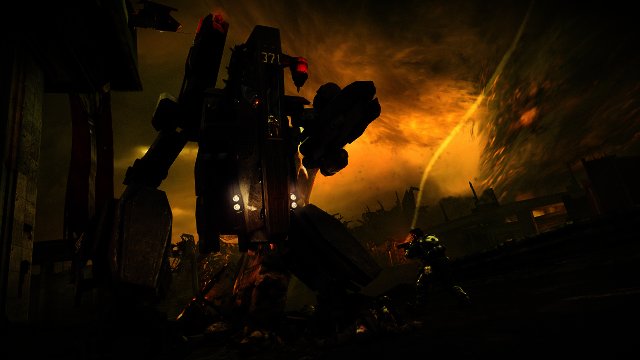 The brief mech sequences provided some added entertainment.
Multiplayer
The multiplayer aspect of the game has been much refined this time around, proving to be the most enjoyable facet of the title. Class-based combat returns, with all five classes available for play right off the bat this time. Players can choose between Engineer, Field Medic, Infiltrator, Marksman and Tactician, with a different play-style associated to each class, calling for different strategies to be employed.
Engineers can construct flesh shredding turrets, Field Medics can heal others and revive themselves from death once per round and Marskmen can turn invisible to more effectively employ their deadly long range killing techniques. Team Fortress 2 fans may find a special resonance with the Infiltrator, who can disguise himself as enemies to get right up close and personal. Caution is warranted though as Tacticians can spot Infiltrators in addition to being able to capture territory more quickly.
Interesting game modes in the form of Guerrilla Warfare (team deathmatch), and the objective orientated Warzone and Operations also adds a lot to the standard multiplayer recipe. Operations games are especially enjoyable, playing out as a multiplayer campaign in which defensive and offensive teams battle toward objectives in a large game of tug of war. Cut-scenes are also found here, appearing after each stage of the fighting, and even showcasing the best players on the map. 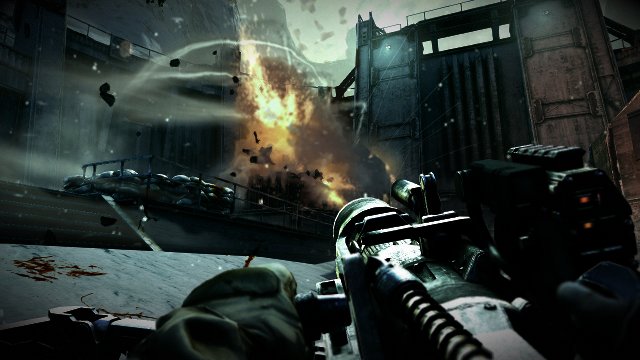 Just look at it, this is HD graphics as it's supposed to look.
Conclusion
Killzone 3 is an exciting and visually remarkable title, definitely worth checking out if you're a PS3 shooter fan. The single player campaign, while not supporting the best of narratives, still managed to be an enjoyable and heart pounding experience, with the linear progression the only other aspect stopping it from being truly outstanding. Multiplayer has also been reworked in a very big way and makes for some intense online combat.

PROS
Fluid and easy to use combat that is awe inspiring to see in action.