The Last Of Us

While Naughty Dog’s Uncharted franchise was breezy, adventurous and a jet setting romp, The Last of Us could not differ more, oozing with gravitas and suspense, evoking The Walking Dead rather than Indiana Jones in tone. Indeed, its world, while at first grim and at times bleak, gradually opens up, becoming in its way beautiful.

In short, a sudden outbreak of the cordyceps fungus causes your average next door neighbour to become decidingly less friendly and considerably more hungry. Alas, for the infected, dietary requirements are no longer a concern, leaving you doing your utmost to stay off some mutated freak’s impromptu menu.

The end of the world

You step into the shoes of one such survivor, Joel (voiced by Troy Baker), now a hardened smuggler, who finds himself tasked with escorting a young girl Ellie (voiced by Ashley Johnson) out of the quarantine zone. Ellie is no ordinary girl though, she holds something that has seemingly become all too rare – a glimmer of hope for the non-infected humans.

This only adds to the immediate urgency from the outset, as it sets a tone for the importance of ensuring Ellie’s survival by fighting for your own. 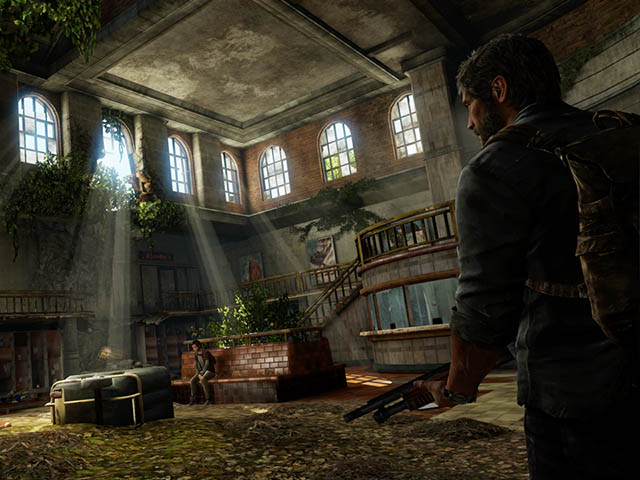 The Last of Us manages to combine striking settings with extremely well drawn characters that you quickly grow to care about.

Watching the bond between these two strangers gradually develop demonstrates that Naughty Dog’s mastery of telling a gripping story while creating believable characters about which you grow to care, has never been stronger. Indeed, Joel’s gruff exterior only makes him seem that much more real; less game character and more how you would expect an actual human being who has survived his travails to act and respond.

Ellie, for her part, is the perfect counterpart. Despite being born into this grim and infected world, she nonetheless has an innocence and wry sense of humour, along with a curiosity about the world before the infection, that is endearing and makes the player want to help her from the outset.

This dynamic, and the burgeoning bond between the two, is conveyed with such nuance, that you never feel like you are being told how you ought to feel about these characters, but rather allows your bond with them to develop just as naturally.

It is this that makes playing The Last of Us feel like you are not just playing a game, but more like immersing yourself hook, line and sinker in a real story, much like sinking into a really good book that you don’t want to end (James Clemens’ The Banned and the Banished series comes to mind).

More than a game

As a game, however, the The Last of Us succeeds on multiple levels. To start with, the graphics are beautifully rendered, whether you are sneaking your way through a rundown quarantine zone, crawling through sewers, venturing into dilapidated buildings or traversing beautiful natural scenes, the details on offer here are simply stunning.

We would go as far as to say we this may well be the best looking game on the PS3 at the moment, not just for the graphical realism, but for the aching attention to detail has clearly been paid. Indeed, sometimes this attention is a little too explicit, as in the original, unpatched game, the team unknowingly included a scene with a telephone number that belonged to an adult service.

Nonetheless, faux pas aside, this is accompanied by a similarly strong score, that works to add pathos and suspense as needed. 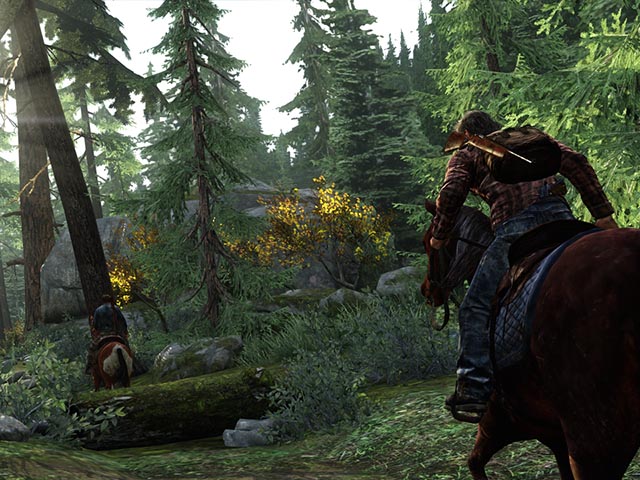 The game also manages to balance closed in, dilapidated interiors with danger around every corner with open ai outdoor sections, with beauty around many a bend.

Fighting, and sneaking, for survival

Adding to the overall level of suspense, Joel is certainly not unrealistically able to shrug off large amounts of damage, nor does he have Nathan Drake’s near superhuman climbing capabilities. In his favour though, and used to great effect, is a listening mode, which highlights enemies in the vicinity and shows their movements - very handy for when you are crouched behind cover.

When it does happen, combat is visceral, no holds barred, and very often, unflinchingly brutal. While you do have access to guns, you have to be picky about when and under what circumstances you use these, as ammo is often in short supply, being hard won or only occasionally found.

Instead, stealth elements come into play, and melee weapons range from the ‘sophisticated’ of shivs and baseball bats, to the gritty of bricks and bottles found in the environment.

Another notable feature of the game are the dangers themselves. The least disturbing of these are the bandits and government security, who are to all extents and purposes, still human. Then you have the infected, an entirely different threat altogether. With horrible growths on their faces or mutated features, these truly are monstrous.

Rather than being your stock standard zombies, instead you have to survive the likes of Runners and Clickers, who require different tactics to survive or defeat. The Runners, for example, are unerringly fast, and have a nasty habit of alerting other runners in the vicinity with their eerie shrieking. While they can be killed fairly easily, they are no pushover, as they can only too easily overwhelm with their sheer force of numbers.

Thus, we found ourselves either attempting to sneak past them where possible or stealthily kill them one at a time. At a push though, a combination of running, turning to smash them with a steel pipe or brick and then running again, only to open fire on them while they were still at a distance, also worked most of the time.

The blind Clickers, who locate you using sound, are another story. They are much more difficult to kill, and just one Clicker can be deadly. Thus, we went out of our way to sneak past them, and for us, these proved to provide some of the tensest, nail-biting, edge-of-our-seat moments of the game. Consider yourself duly warned, and likely to be deliciously disturbed. 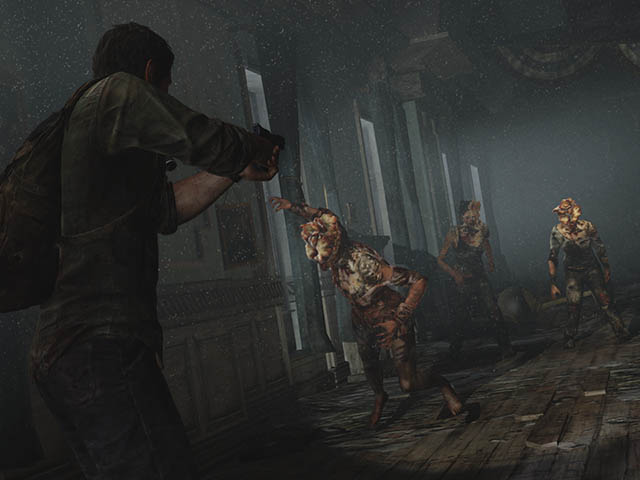 Yes, you will see and be beset by lurching monsters, such as these deadly Clickers.

Adding another dimension to the game is the crafting system. This involves using salvage that you find scattered through the environment to craft weapons, health kits and the like.

Additionally, you can also upgrade many of your weapons and your skills as the game progresses, making them more effective. With regards to the latter, this enables Joel to apply healing kits or craft items more quickly for example,something which can easily become essential when you find yourself in a tight spot with Clickers all around you.

If there was one negative, if we really had to nitpick, it may have been the weapon selection menu; we would have preferred a more accessible radial menu means of selecting different items to use in a pinch. Nonetheless, this is a minor gripe, and certainly didn’t detract from our overall enjoyment.

Indeed, everything in The Last Of Us ensures you have a close and personal experience of the game, none more so than the characters themselves, who are so well drawn and believably voiced, that it is all too easy to forget that you are experiencing fiction at its finest.

For us the toughest thing about playing The Last Of Us was tearing ourselves away from it. It is so wholly absorbing and spellbinding, that we dare say, irrespective of your views of survival-action titles, you really must play this superlative game. It has a RRP of R600 and is only available on the PS3.

Many genuinely thrilling and frightening moments

Weapon selection could have been made more accessible

Joel and Ellie’s story comes to an end

CONS
Weapon selection could have been made more accessible, Joel and Ellie's story comes to an end
TAGS:
Naughty DogThe Last of UsPS3games
USER COMMENTS