The WWE in the US has a long television history that spans across generations. This means that within some American families, dad tends to reminisce about the days when wrestling was “pure”, with stars such as Hulk Hogan. The older brother might be chipping in with his generation’s superstars, the likes of Brett “The Hitman” Hart, while the current crop including Triple H, is mentioned by the younger generation.

So who’s the best ever? There never seemed to be a way to resolve this great debate, until now. The latest title in the WWE gaming series is built around the concept of past-versus-present, pitting some of the legends of the wrestling game against its most recent crop of superstars.

Although the grand total of 32 superstars completing the WWE All Stars roster isn’t as impressive when it comes to the sheer numbers of WWE Smackdown vs Raw 2011’s 70+ superstars, you simply cannot compare it in terms of shear fighting prestige. Current wrestlers the likes of John Cena and legendary superstars including "Macho Man" Randy Savage (a first for any WWE title) and Andre the Giant are on offer, 21 of whom are selectable from the very beginning, with the remaining 11 being unlocked as you earn trophies throughout the game.

Apart from the nostalgic selection of superstars, there’s also a large selection of match types available, ranging from Tornado Tag Team matches through to the weapon-wielding Extreme Rules Matches, whereby anything goes and there’s no disqualifications. 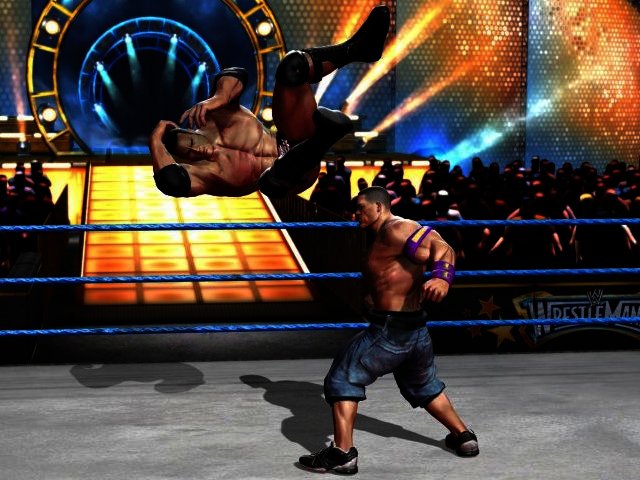 As varied as the type of matches on offer, so are the game modes you can play. Besides the standard modes including Exhibition and Online modes, you also have the opportunity strut your stuff in Fantasy Warfare, which pits a legendary superstar against his modern counterpart. One of the modes included is the Greatest Warrior battle, that sees legendary champion Ultimate Warrior up against his modern equivalent (according to the game at least), Sheamus. Impressive are the video-based introductions of both superstars, which gives you insight into their place in the WWE and adds to the excitement of the upcoming dual.

It was the game’s main mode, Path of Champions, that really grab our attention though, since you have to battle through ten matches to ultimately face the end-boss of the particular storyline, such as challenging D-Generation X for the Tag Team championship at Wrestlemania or Legend Killer Randy Orten for the WWE Championship (also at Wrestlemania).

Within each of the different ‘paths’ within Path of Champions, there are cut sequences scattered in between matches showing opponent doing some trash talking. The Undertaker for example prepares the casket that he intends to bury you in, which makes for entertaining breaks in between the wrestling action and assists in setting up the climactic finale. 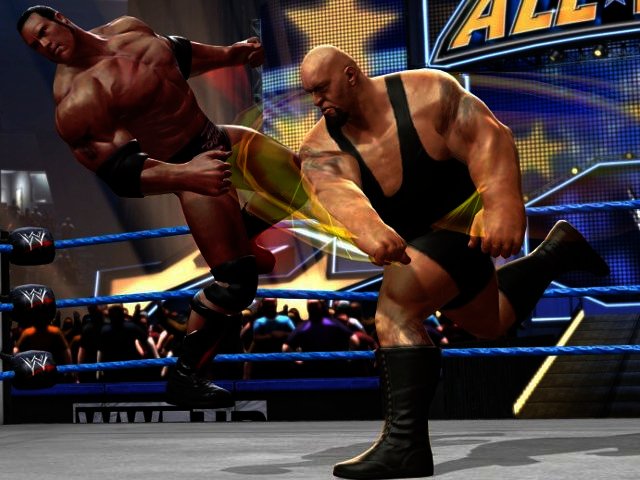 As is the case with WWE Smackdown vs Raw 2011, the control scheme is easy to pick up. This however, doesn’t turn the game into a mindless button-bashing arcade fighter. You have to time your button presses exactly in order to counter or dodge your opponent’s attacks and also attack your opponents with a strategy in mind. Not doing this will make it much more of a struggle to actually win matches.

As in other popular fighting games such as Tekken, you can perform special (over-the-top) signature grab- and-throw moves by pressing a two button combinations (square + X or triangle + O). These add to the authentic feel of the title since the moves are specific to those of each wrestler. It looks excellent being performed in Matrix-style super-slow motion.

You can also perform your favourite wrestler’s signature finishing move (as well as the accompanying taunt to go along with it), such as Stone Cold Steve Austin’s Stunner or the Undertaker’s Tombstone Pile-driver. As can be expected these have to be performed after you’ve worn down your opponent though, otherwise they’ll easily get up and counter it.

Although the controls are easy, one still feels that the game could’ve done with a proper training mode, as gamers could definitely be assisted by better explanations of moves, for instance how you go about applying timing to counter grabs and throws.

Unlike WWE Smackdown vs Raw, this time round the action remains in the ring where it belongs, as there isn’t any RPG elements which has you moping (sometimes aimlessly) about backstage for a chance to talk trash or brawl with your fellow wrestlers. 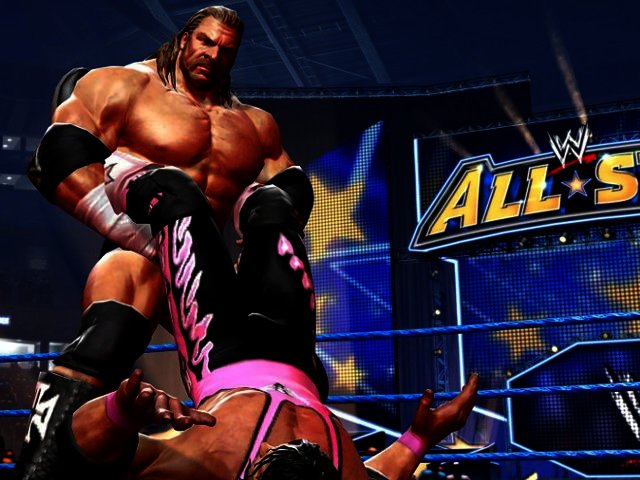 Not only does the latest game’s wrestling-only gameplay assist in setting it apart from the previous title, but the graphics also help out in this regard. It looks stunning and is different to the previous range of WWE titles, with cartoonified versions of all your favourite WWE stars, compared to the more life like approach within WWE Smackdown vs Raw 2011. They might resemble the Incredible Hulk more in terms of their perfectly sculpted frames, but you definitely won’t struggle to recognise any wrestler, as they still remain true to the look of their real life counterparts.

Besides the wrestling stars of the game, the arena and crowds also look impressive and captures the atmosphere of the TV show perfectly, adding to the overall presentation. 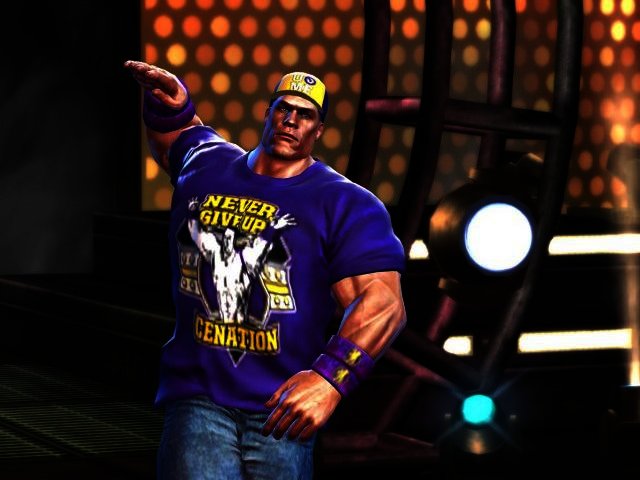 WWE All Stars takes the franchise back to its roots, quite literally in fact, offering an exciting presentation, great graphics and gameplay, as well as a dream roster of the greatest wrestlers throughout the entire history of the WWE. This is the best wrestling game out so far, which goes for a recommended retail price of R499 (PS3 version). It is available for the PlayStation 3, PlayStation 2, PlayStation Portable (PSP), Xbox 360 and Nintendo Wii.