Rise of the Tomb Raider (Xbox One)
0
comments

I remember the first time Gears of War launched, now almost nine years ago. We were bussed to a firing range outside Pretoria on a particularly overcast day, and shown the basics of triage (treating soldiers on the battlefield). Then, we were handed a gun to make our way through a mockup of a ruined house, shooting with live ammo at strategically placed targets, in a timed trial. When it came my turn, it started to rain, and the not so tiny droplets of water ran relentlessly down my goggles, obscuring my view. This, along with the thrill of anticipation and the pressure of a ticking clock, only made the experience even more exhilerating.

Fast forward to 2015, and Gears of War Ultimate Edition, remastered by The Coalition, conjures all of those memories, as the game is every bit as unapologetically testosterone-fuelled and action packed as I remember. The difference though is that on the Xbox One, what became a classic on the Xbox 360 is even more exquisitely detailed.

Indeed, the 1080p resolution has been kind to the game’s ruined world. Textures are rendered considerably more crisply, making the war torn planet Sera seem more alive than it once was, and the destruction of a once-majestic city that much more heartbreaking. 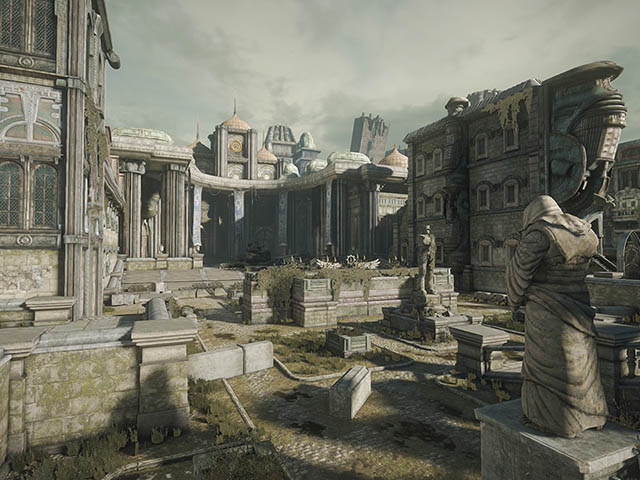 In its later years, Sera came to be known as the place where you come for the architecture, but stay for the apocalypse.

Out of the frying pan

The story naturally remains unchanged. For the uninitiated, who managed to miss the franchise on the previous generation, Gears of War’s world is beset by the The Locust, an alien race that emerges not from the stars but from the ground itself.

In a bid to control the threat, the planet’s leaders unleash a devastating scorched earth tactic, bombing its own cities into rubble. Alas, the Locust aren’t entirely destroyed, and rather the war against them still rages. It’s into this that you step, out of a prison cell into a warzone (talk about jumping from the frying pan into the fire) and that is where the fun begins.

Along with prettier visuals, the Ultimate Edition also brings five additional missions that were only made available on the PC version of the game, and runs at a silky smooth 60 frames per second.

Beyond the differences, there is a lot that is gloriously familiar. Marcus Fenix, the disgraced former soldier into whose shoes you step, is as much of a brute as he ever was, and plays like a tank. His bromance with his brother in arms, Dom, is still going strong, and the 80s/90s era action movie-esque dialogue (“Now I’m pissed!”) is still brimming with unabashed machismo. 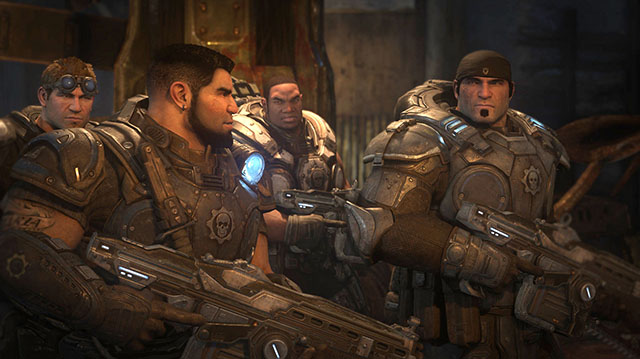 "I still dont understand why Stallone and Schwarzeneggar couldn't join us. It's like we're just expendable to those guys now."

This is not a game that does subtle, but it is still a title that brings its rewards. The weapons are as gruesome (chainsaw mounted to an assault rifle) and inventive to use (the death dealing destruction of the satellite Hammer of Dawn) as in the original, and have stood up well to the test of time.

The prime example of this is the snap to cover shooting dynamic. Back in 2006 it was what the industry was just experimenting with; and for the next few years became a de facto standard. It still works quite well in practice though. If there is one area where the game shows its age it is in the controls, which are serviceable, but occasionally janky. For example, I found myself getting caught in cover in a few odd spots, and in rare moments the game snapped me into cover when I didn’t intend it.

That aside, I was pleasantly surprised by how well Gears of War has aged otherwise. It’s still a rip roaring blast, throwing up waves of different foes to deal with, many of which are still distinctive and have their own specific tactics to overcome. 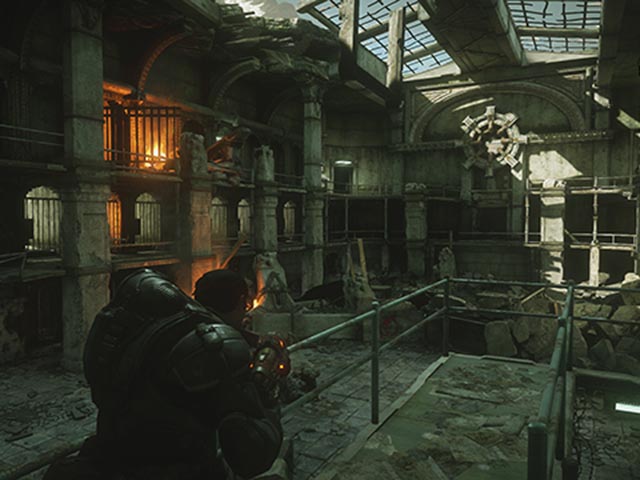 Though he would never admit it, Marcus knew the real reason why it had taken Dom such a long time to break him out - he had been binge watching all four seasons of Prison Break yet again.

You want a piece of me?

Yes, there is the bombast that the third person shooter franchise built its reputation on, and you can absolutely go in guns blazing and follow the “if it moves, shoot it” dictum, but there is more to the game. Flanking enemies, working with your team to revive fallen comrades, and looking for alternative pathways for maps to gain the upper ground is imminently satisfying.

Speaking of your team and enemies, the game’s AI is still pretty good. Your teammates rarely get in your way, and The Locust, in their variety of forms, are often formidable foes.

Be warned, there are a few cheesy moments (your insufferable trope of a general comes to mind), but there are also memorable moments (beware the Brumak) as well that still grip, especially if you haven’t played Gears of War or don’t remember it.

There is though another reason to snap up the Gears of War Ultimate Edition, as the game bundles not just the redone original, but Gears of War 2, 3 and Judgment in the mix, although these are the Xbox 360 versions and are not remastered. 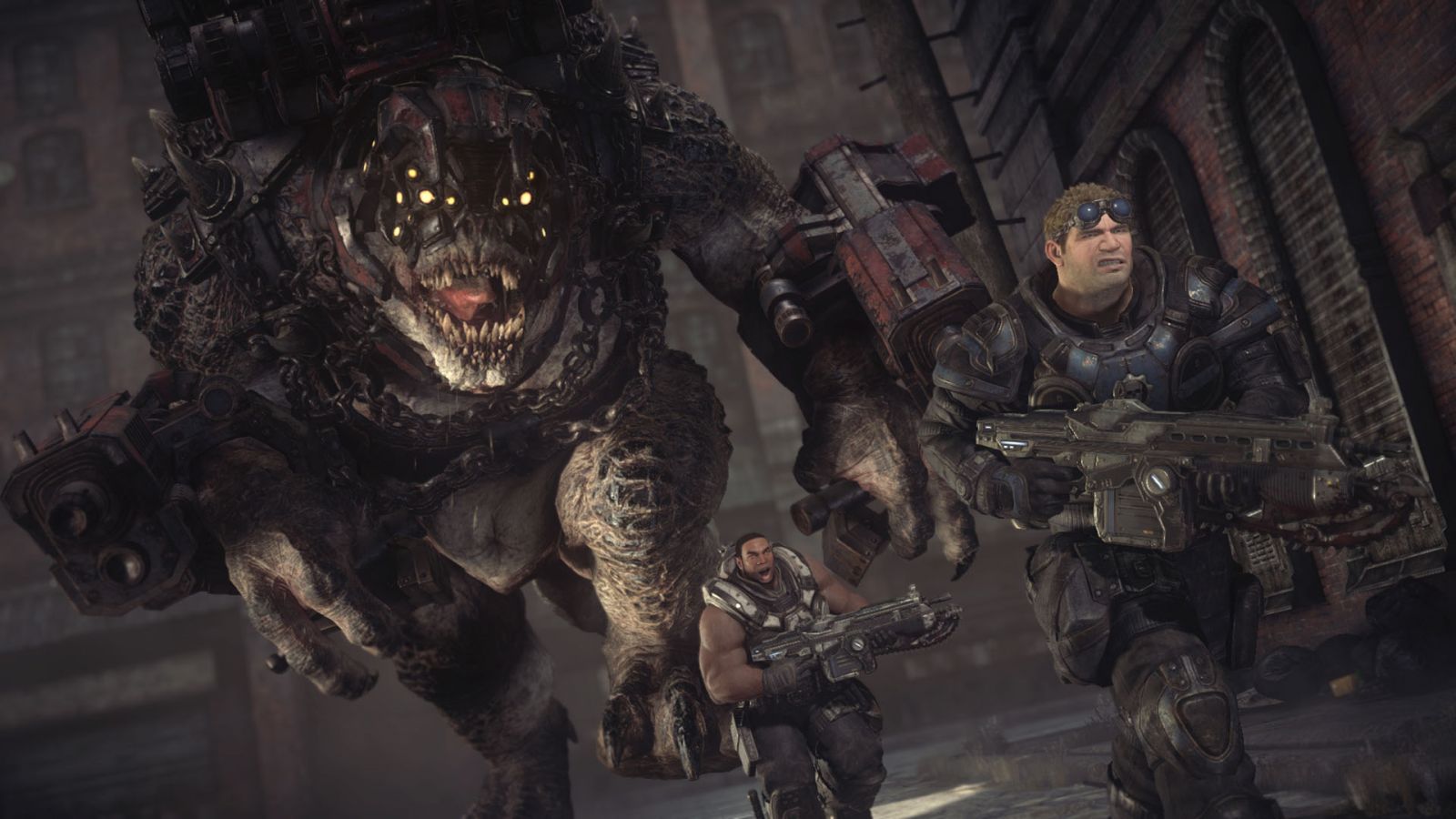 "Dammit Marcus, I told you not to feed Ruffles the whole bottle of your steroids! Just one, I said, but did you listen....nooo!"

The gears keep on turning

Playing Gears of War on Microsoft’s latest console feels much like watching an old classic, such as Back to the Future or The Terminator  or Terminator 2, on one’s HD TV. Yes, games, like movies have moved on over the years, and yet a great piece of entertainment is no less so now than it was then. If anything, the nostalgia value of them now only adds to the layers of appreciation, precisely because they are such a throwback.

Ultimately Gears of War is most certainly a worthy addition to the Xbox One’s library. It’s also a third person shooter that still stands proudly with today’s new releases that are similarly vying for a chunk of one’s time. I found myself eagerly getting stuck in and having a hard time pulling myself away from it. That’s not too bad for a franchise that turns ten next year, which is about 90 in gaming years. Recommended. RRP: R540.