The choices when it comes to high powered notebooks are plentiful these days. As such, manufacturers are often looking for gimmicks to give their offerings the edge. When it comes to Acer’s Swift 7 for example, the notebook boasts one the slimmest bodies around when it comes to a 13.3” notebook, measuring an ultra thin 9.98 mm.

Is it just a notebook that looks the part though? We dig a bit deeper. 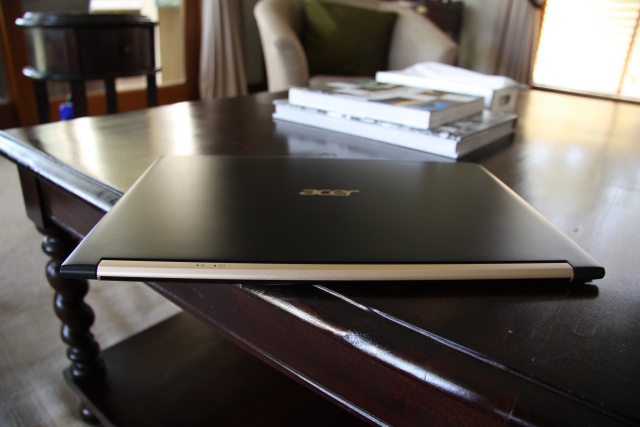 As far as design goes, the Taiwanese manufacturer has kept things fairly refined and simple for the Swift 7. Yes, it is quite thin and swathed in a combination of black and gold, but every inch of this device is relatively subdued.

Once you open it up for example, the keyboard and trackpad layout is all that greets you, with no other real flourishes or buttons to distract from the experience. When you’re trying to get things done, this is a plus in our books, allowing you to get the job at hand sorted.

The chiclet keyboard is also generously laid out, with typing feeling quick and efficient under hand. There is, however, one slight issue when typing, with the edges of the bottom portion of the notebook sometimes rubbing abrasively against your palms. It’s not a deal breaker, but something to note about the Swift 7’s design. 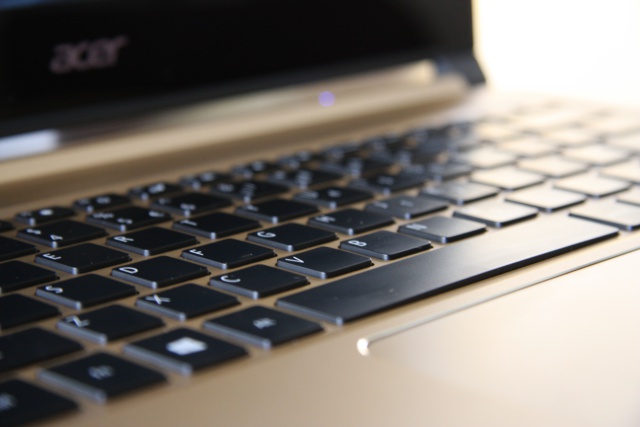 Sticking with some of the niggles for a moment, the extremely light notebook (1.125 kg) is not quite balanced when you’re adjusting the screen angle, with each tilt backwards of the display, the bottom portion often raises too.

These are only small issues in a great notebook that feels solid to work on regardless on where it’s placed. This is paired by a 2770 mAh battery that delivers a full day’s worth (a little shy of nine hours from a full charge) of multitasking, along with having the screen brightness turned all the way up.

Speaking of which, the 13.3” option onboard is Full HD (1920x1080). There are indeed notebooks that sport higher resolutions, but the one on the Swift 7 is certainly up to the task when watching movies or playing games. App icons and images also look detailed on this screen, making a nice alternative when streaming content on the go, or when your tablet is low on power. 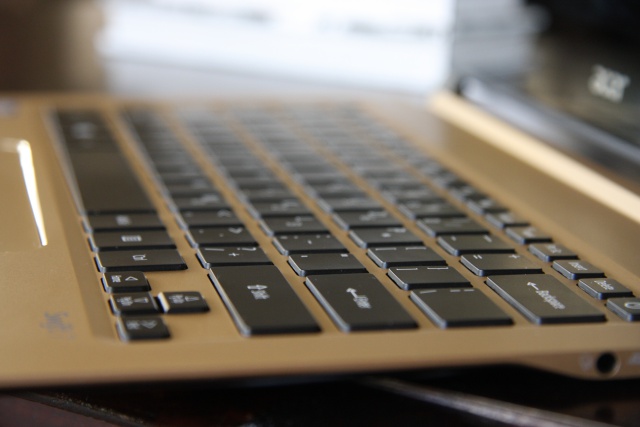 Shifting to the components that make the Swift 7 tick, Acer has opted for a pretty nice setup. There’s a 7th Gen Intel Core i5 (7Y54) CPU at the heart, with 8 GB of LPDDR3 RAM added to the mix too. The combination offers up a rapid response, with boot up, launching of apps and multitasking handled easily. The notebook did emit a small amount of heat when multitasking, but this is fairly common given the thinness of the device.

Inspecting the rest of the Swift 7, Acer has done a decent job in terms of ports or connections. As with most premium notebooks these days, USB Type-C ports are the order of the day, specifically two on the right hand side of the Swift 7. One works as your power port, with the other for any other connections you may want to make.

Consequently, the dongle life is likely going to be something you’ll have to deal with, which means additional connectors for things like HDMI and other interfaces will be needed. There’s also a 3.5 mm headphone jack should you wish to drown out the surrounding noise while working, and that’s about it. 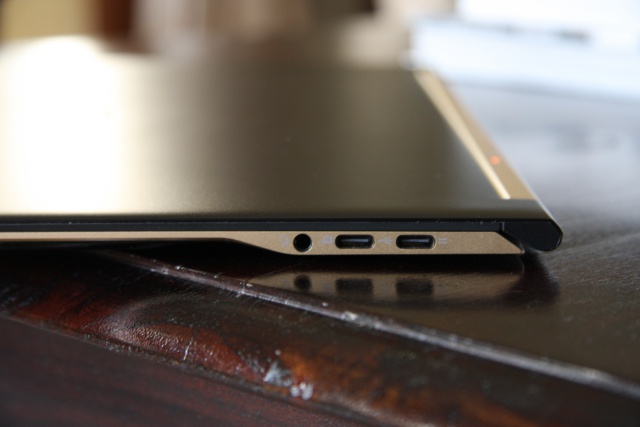 Getting your hands on the Swift 7 should cost you no less than R24 999, which is what Acer recommended the price at when it debuted at IFA late last year. That said, some online retailers are listing it at just under the R20k mark (Takealot), which makes it one of the better priced premium notebooks around, provided you know where to look.

Add to that its slim design, solid experience while tethered to your desk or on the go, as well as the fact it’s well specced and neatly appointed, the Swift 7 ticks all the right boxes. The only down side, depending on your taste, is the black and gold colour scheme it features. That aspect aside, the Acer Swift 7 is a great all-round option for anyone in the market for a Windows 10-powered notebook. 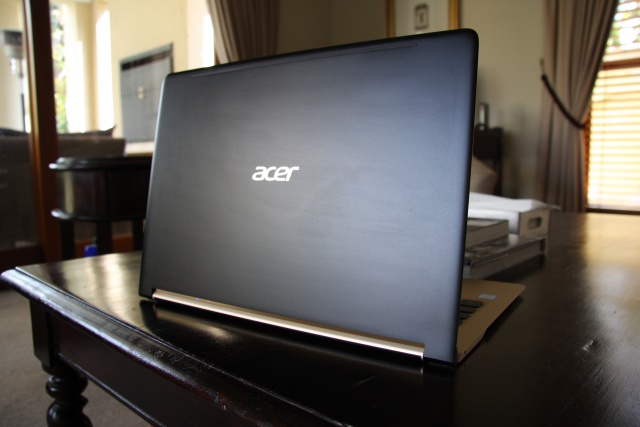 CONS
Dependent on dongles at the moment; Colours not for everyone
TAGS:
AcerAcer Swift 7NotebookWindows 10Review
USER COMMENTS