One of the latest products to make its way out of the Asus factory doors is the Asus N43SL notebook. This meaty device is no slouch, featuring a new second-generation Core i7 sporting Intel's latest Sandy Bridge architecture.

Design and usability
Before we delve into the technical side of things, let's take a look at the aesthetic properties of the N43SL. From the first glance, it's clear that we're dealing with a fashion conscious device from Asus here, since the N43SL features a sleek and attractive design, melding different accents and design choices. The top of the lid is outfitted in attractive silver while the rest of the notebook sports varying shades of black with a glossy design bordering the display and a brushed metal palmrest completing the package.
The device features a standard QWERTY keyboard which while completely usable, we felt wasn't the best design choice possible. The flat keys are prone to finger overlapping, meaning you'll get acquainted with the 'backspace' key quite well. We feel that a raised chiclet key design would've been a better option on the notebook, although this doesn't impact the device too much. No numpad is present, but this also means that the rest of the keys are larger and more visible.
The touchpad on the N43SL worked exquisitely well however, and features a single borderless button for left and right clicking. The touchpad also supports advanced gestures such as pinch to zoom capabilities.
During use we were also impressed by how fingerprints didn't seem to leave many marks on the N43SL, with even the palmrest staying unusually clean. 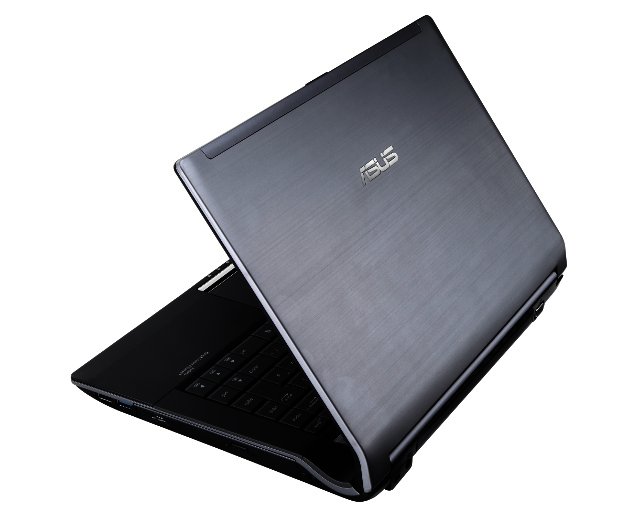 Features
The true strength of the N43SL lies in its internal capabilities though and during benchmarking the notebook lived up to the Sandy Bridge hype, scoring excessively well in all tests. The notebook was actually so powerful that when entered in our testing database it came up as the second highest scoring notebook we've ever had the pleasure to test, with only the universally impressive, and our top notebook of 2010, Alienware M17X managing to beat it.
The reason for this is that the N43SL is one of the first notebooks in the world to be equipped with Intel's second generation of processor cores, namely Sandy Bridge. To be more precise, the device sports a top of the range Core i7-2630QM CPU with eight cores running at 2.0 GHz. This new Sandy Bridge processor is what enabled the Asus to reach a 3D Mark06 score of 7721, which like we said is second only to the R30k+ M17X (including a very impressive 3819 CPU score compared to the M17X with the Core i7 Q720’s 3124).
Supporting its state-of-the-art processor is 3 GB of RAM and a Nvidia Geforce GT 540M GPU with a very potent 2 GB of DDR3 memory of its own, enabling the N43SL to serve as both a business and gaming machine. Thanks to this, the Asus managed to achieve a score of 297 on Heaven Benchmark 2.0 at full graphical settings, with an impressive 28.4 maximum fps (frames per second). Flexing its CPU muscles even further, the device achieved a PassMark CPU score of 6212.2, which is the highest CPU rating we’ve recorded for a notebook.
Also present on our test device was a 650 GB hard disk drive (HDD) and a DVD-RW drive for optical storage. As far as ports are concerned, the N43SL covers all the bases with three USB 2.0 ports, one super fast USB 3.0 port, an HDMI port, standard audio and ethernet ports, a VGA port for connecting to large displays and a SD card reader. 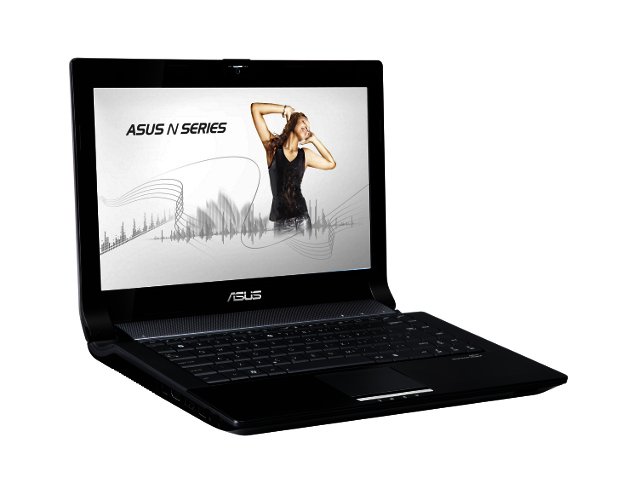 Display and audio
The N43SL is equipped with a 14” LED backlit display with a recommended 1377x768 pixel resolution and a 16:9 aspect ratio, perfect for enjoying high definition entertainment. Throughout use the display was crisp and clear and brimming with colours, even when using it out in the sunlight we could make out what was going on, something not usually seen on notebooks not designed for outdoor use.
Actually watching high definition content on many devices equipped with HDMI ports has been a fairly problematic process thus far, with many not being able to take the extra strain. The Asus N43SL on the other hand displayed full HD (1080p) videos perfectly with no discernible lag spotted during playback.
Even on the audio side the N43SL managed to impress, not something notebooks are usually known for. The device's audio capabilities was taken care of by audio experts Bang & Olufsen, and the notebook features a larger than usual speaker situated in a strip beneath the display. The speaker also melds well with the rest of the notebook's design. During testing at maximum volume the N43SL managed to pump out significantly more decibels than your average notebook. Don't expect stadium raising audio power, but it's definitely an improvement from the norm. We surmise it's possible to successfully watch a movie with a couple of friends, even with some background noise permeating through the room.
Battery
To thoroughly test the battery power of the N43SL we ran two tests, one high performance test (with several applications and benchmarking programs open), and one standing test with no resource intensive applications running. During the high performance test the Asus managed to give us two and a half hours of battery life and during normal testing it achieved five and a half hours of non-stop running. It's important to remember that if you're going to be using the notebook to the full extent of its capabilities, it's better to have it plugged in.

Conclusion
The speed and power of the Sandy Bridge processor continued to amaze us throughout our time with the Asus N43SL. Basic but highly essential functions such as inserting a USB flash drive into the device performed at blistering speeds. The very second a device is inserted, the N43SL had already picked it up and displayed the autoplay window for us.
With good looks, monstrous performance, high quality entertainment features and its general ease of use, the Asus N43SL is definitely the best notebook we've tested so far in 2011.
Unfortunately, Asus informed us that the N43SL won’t be making its way to sunny South Africa. There’s no reason to despair though as in its stead the company will be bringing in the Asus N53, which is basically the same spec model. The N53 will be priced at R10 999 and should be available locally from the middle of February.