Keyboards, especially non-gaming ones, can be a little boring and one dimensional at times. The K780 wireless one from Logitech, however, cannot be described as such. It's designed not simply to work in conjunction with one's PC, but also pairs with smartphones and tablets too. There are also a few other hidden elements that place the K780 a level above the run of the mill offerings one may find these days. 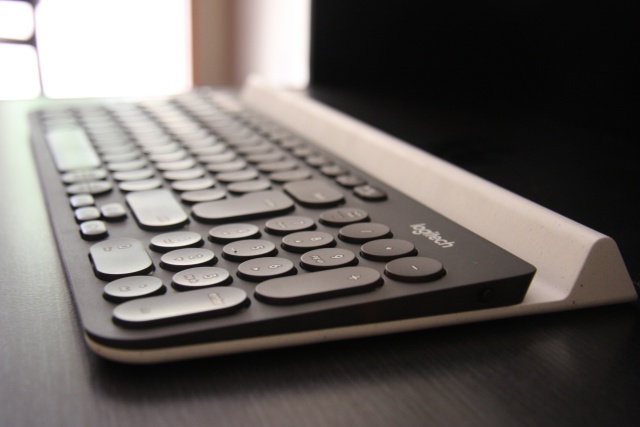 While Logitech has imbued the K780 with a number of features, the first thing that will strike users about it is its design. This manufacturer has opted for a wedge shape, with a subtle increase of width from the base to the top of the keyboard. Next is the built-in triangular shaped cradle which sits above the top row of function keys. Along with increasing the keyboard's overall weight to 875 g, the cradle is capable of holding a number of devices, up to 12" in size.

To that end, you could have a smartphone and small tablet in line while working on your PC, which is precisely how Logitech intends the K780 to be utilised. To facilitate this, three white function keys are located in the top left hand corner of the tablet. Toggling between them will select different paired devices, with a USB receiver for the one, and Bluetooth functionality for the others, depending on which button you decide to designate.

As far as pairing goes, the process is quick and painless. On initial setup though, when paired with a MacBook, some of the keys did not respond as expected. Command for example, did not perform on the K780 as it normally does on a MacBook. That said, the second time I paired the K780, all the keys worked perfectly. 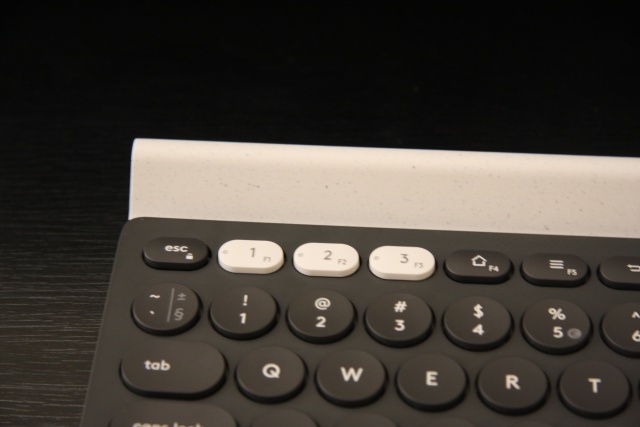 Speaking of keys, the K780's circular chiclet design ventures far from the norm. Added to this is a slight concave shape, as well as a silent key stroke thanks to a nifty little piece of tech that Logitech calls Perfect Stroke. This entire combination yields a solid overall typing experience, with each press of the key remaining quiet. While having a silent keyboard may seem like a gimmick to some, it certainly works on the K780 and is as pleasing to type on as its clattering square chiclet counterpart.

Shifting back to the devices that the K780 can pair with. For desktops, Mac OS X 10.8 and above, Windows 7 or higher and Chrome OS is catered for. On the mobile side, Android 5.0 or later and iOS 5 and better are compatible.

As far as being productive with three different devices paired to the K780 goes, I'm not entirely sold. This is because some of the nuanced elements of typing and navigating on a mobile device don't always translate well to the keyboard. Adding calendar events for example, requires a combination of physically touching the screen of your mobile device, as well as typing on the keyboard. Ultimately, this does not seem like an efficient way of doing things. For native notetaking apps and emails, however, there is some merit to the K780. 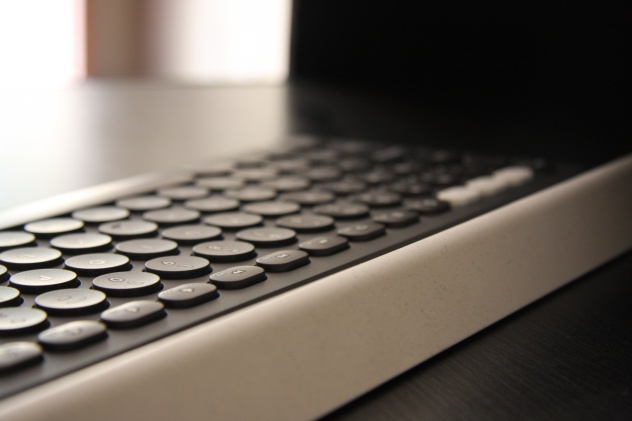 All the K780's quirkiness and cleverness will set you back roughly R1 400. It's a fairly sizeable outlay for a wireless keyboard, but strip away all the added features and the K780 is still a great device at its core. The typing experience is great and the added fact that keystrokes are silent will be a welcome aspect for many. Furthermore, it sports 24-month battery life courtesy of two AAA batteries (included), with an auto-sleep function thrown into the mix too. For those that own and regularly wield multiple devices at once when working, the K780 is well worth the consideration. 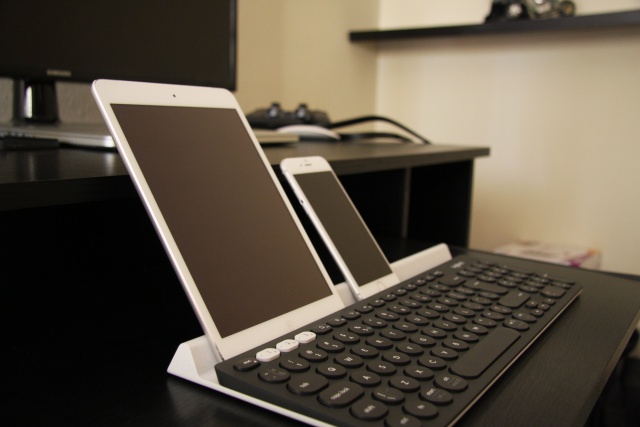