Coming at the tail end of 2012, and offering a fine way to start 2013, was Nintendo’s latest console, the Wii U. The question on everyone’s lips though, is whether it can enchant the masses – and score as many eager fans – as its predecessor, the Wii.
While we saw, and wrote continuously and quite extensively about the new console throughout last year leading up to its release, we were nonetheless keen to finally go hands on with the finished product and garner a general and more intimate feel for Nintendo's latest. The good news is that we were not disappointed.
To begin with, contrary to some criticism that has been levelled at the device, setting up the Wii U is relatively easy. Charging the GamePad before beginning the process is a good idea though, particularly as it will be used quite extensively to run through the entire setup process.
Ready, setup, go
If you have purchased the Basic pack (reviewed here) you will need to already have the Wii’s sensor bar (from the previous Wii) at hand, as one is not included with this particular package.
Additionally, there is an initial update that needs to be downloaded and installed; while this can take a while over the Wii U’s built in Wi-Fi connection, it is certainly not 8 GB as previously reported, but rather close to 1 GB, and took us a little more than a couple of hours over a fast ADSL connection for the Wii U to be ready for action.
Another nifty feature of the setup process is that you can opt to create a new Mii (personalised avatar) from scratch, or you can import a previously created one from your 3DS or a QR code. 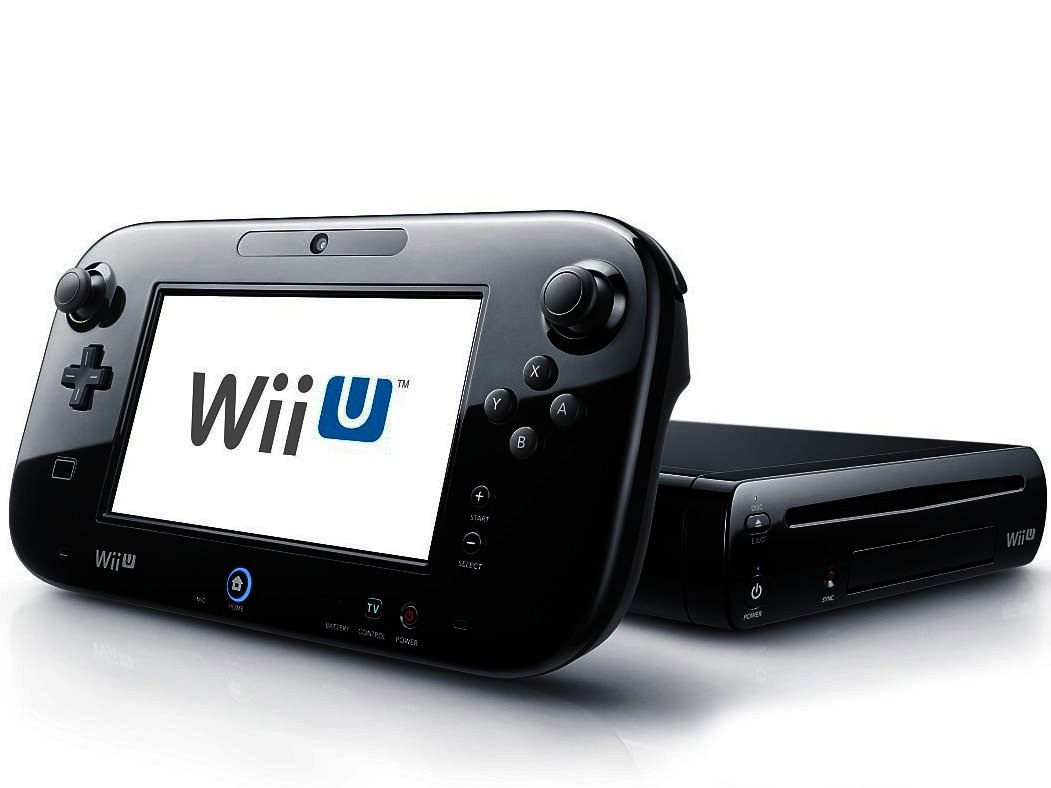 While the Wii U basic pack is white, both on the console and on the controller,
the Wii U premium pack (above) proves that black is beautiful - and boasts considerably more storage.
Ergonomically speaking
Whereas the Wii was relatively small and compact, the Wii U is quite a bit larger and thicker, although if you opt for the Premium pack, this can be offset by the included vertical stand. Like on its predecessor, the hard plastic casing is a familiar sight (white in the Basic pack, black in the Premium pack).
The main difference between the two packages though – besides the price – is in the storage. The white, Basic Wii U has 8 GB of storage, while the black, Premium version holds a more generous 32 GB. You can, however, connect an external hard drive using one of the two USB ports, and transfer data using the SD card slot on both.
Streets ahead
On the graphics front, the Wii U is streets ahead of its predecessor. Although the Wii’s graphics definitely showed its age, the Wii U’s graphics via its HDMI port can certainly hold its own against the Xbox 360 and PS3.
However, the Wii U’s real distinction comes from its GamePad controller. While this is larger than it first seemed, it is also lighter as well as more comfortable to hold in one’s hand. Both analog sticks, bumpers and triggers fall right where they need to, while the D-pad and X, Y, A and B buttons are similarly within easy reach.
Additionally, the touchscreen is very responsive to touch (although not quite as responsive as an iPad), and the dual screen functionality is one we quickly fell in love with. It means one can easily switch off one’s TV or turn it to another channel for someone else to watch, while continuing to play a game using the GamePad exclusively, along with a pair of headphones. 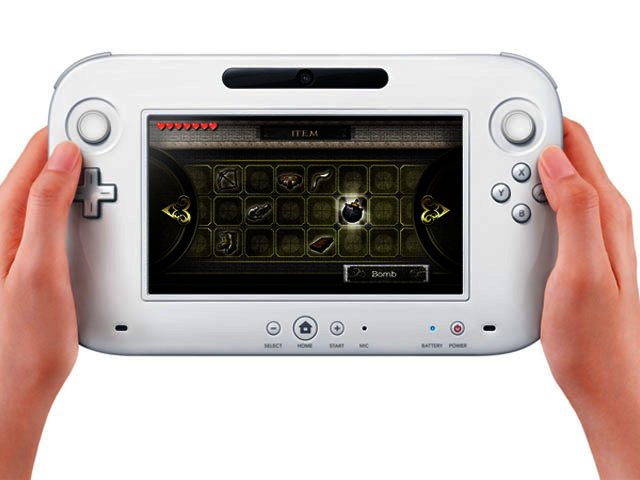 Admittedly, the GamePad is a substantial size, but it is also considerably
more comfortable to hold and use than it may appear.
To the point
All this translated into a very enjoyable experience when playing games such as Nintendo Land and New Super Mario Bros U, while the GamePad genuinely enhanced the overall experience. In short, the Wii U is a winner.
The Wii U Basic pack has a RRP of R4 000, while the Premium pack has a RRP of R4 600.
Pros
Considerably better visuals than the Wii
GamePad is comfortable to hold
Dual screen functionality
Cons
The GamePad needs to be charged separately