Airwheel has been busy over the past couple years. The company has expanded its range of offerings, with electric bikes (e-bike) being the latest addition, and the R5 smart e-bike recently arriving at our offices for review.

It's an interesting way to get around, but at R11 950 still costs a pretty penny. The question, however, is whether it can be a reliable way of getting from A to B? 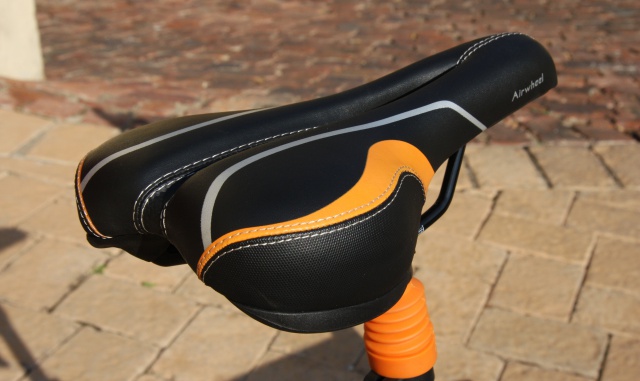 Straight off the bat, the R5 shouldn't be looked at like your normal bike. Part of that has to do with the 235 watt battery that powers this e-bike, but also its ability to be folded up into a smaller package as well as the mobile app that accompanies it.

Instead of a bike designed for off-road use, or cycling long distances, the R5 is better for handling shorter hauls of four to five kilometres at a time. The ergonomics of the R5's frame means you're sitting at a fairly low position while pushing the pedals, even with the seat raised to its maximum setting. As such, trying to pick up any notable speed while simply peddling can be a tough tad at times, particularly when negotiating a steep hill.

This is where the battery powered motor comes in. In terms of speed, the R5 can muster a fairly rapid 20 km/h, and has a 20 kilometre operating range from a fully charged battery. The power and speed of the motor does take a hit when taking on particularly steep hills, with the R5 said to max out with anything over 15 degrees of incline.

Shifting back to the battery capacity, Airwheel says it needs up to three hours of charging in order to reach full charge. While that may be a long time for some, when you factor in its driving range, it could potentially be used for a full week, depending on how much you're travelling. During our time with it, we managed to get through four full days of mixed use without the battery needing a charge. 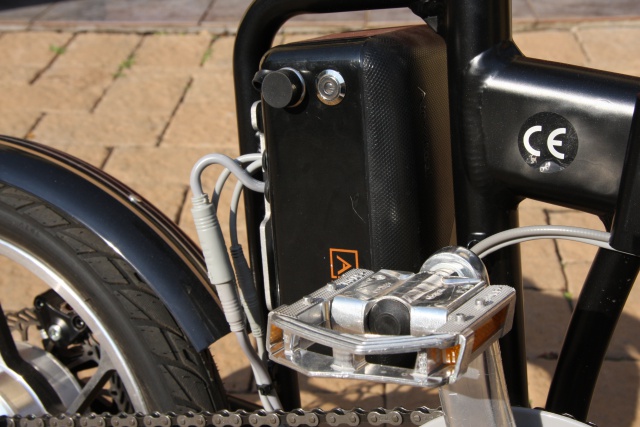 Sticking with the battery, riders can view how much power they have left via a trio of lights on the right handle bar next to the twist grip accelerator. If you're wanting to do things a bit smarter, Airwheel also has a Bluetooth-enabled companion mobile app (iOS and Android). For users in need of a more detailed interface for the R5, the app is quite useful. It provides information such as speed, altitude, direction, battery capacity, as well as the ability to track cycling routes.

Added to its smart and electronic functionality, the R5 is foldable to make it easier to transport, say in the boot of your car. In terms of its folded dimensions, it measures roughly 700 mm by 700 mm. All in all it is fairly compact, but at 19.9 kg, is still very heavy if you're aiming to lug it around sans vehicle. As such, the R5 is best used as a peripheral mode of transport, in conjunction with a larger motorised vehicle or travelling to and from the shops. 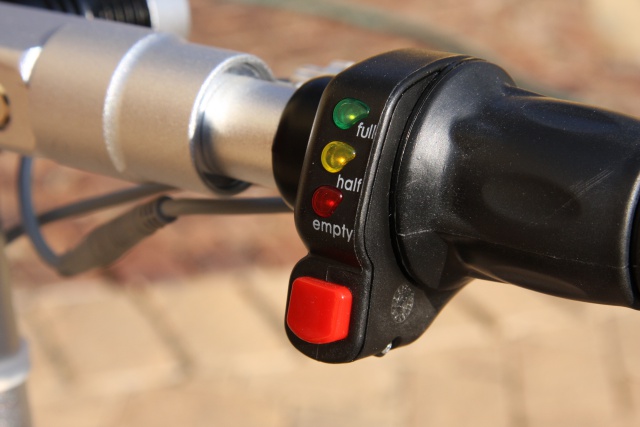 We can see a product like the R5 e-bike thriving in smaller cities or areas where space is hard to come by and people live in more compact surroundings. In one like Johannesburg though, where cars are the primary mode of transport for people, the R5 is slightly harder to make a case for. Not to mention that it's priced (R11 950) out of the reach for most people looking to buy a conventional bike.

There is some merit to it, however, offering an interesting way of getting around. As such, it won't be replacing your traditional bike anytime soon, but is more than suited to handling shorter jaunts, if you've got some cash to spare. 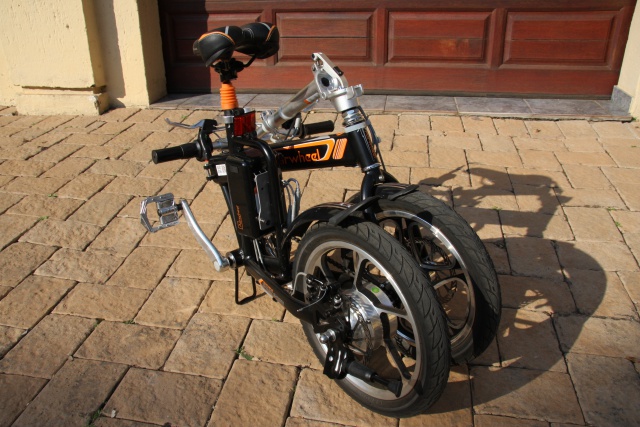 The Airwheel R5 smart e-bike can be purchased from Electric Wheels.