When we went hands on with the Osmo Mobile 3 from DJI, we walked away impressed, so when we were given the Mavic Mini to try out, we were intrigued. Could this tiny, portable drone match the Osmo in build quality and overall desirability? Does it serve as an effective gateway into the world of drone photography? And would we recommend buy one?

To answer those questions, we have to start at the beginning. Unpacking the device from its quite plush case reveals that there are a lot of moving pieces to keep track of, from the drone itself to a remote controller, battery pack, charging cables and charger, propeller shields, three batteries and even a tiny screwdriver.

The two most important elements though are the drone – which at 249 g is lighter than a full can of Coke – and the remote control. Both feel like they are of good quality, and the Mavic Mini certainly earns its name, with its propellers neatly tucking into it for a very compact result.

Get ready, get set…

Once you have charged the batteries and the controller  – which need to be done separately – you just need to slot a phone, with the app installed, into the controller and pair the devices. One caveat – the controller does have a size limit, so we couldn’t get a Galaxy Note 10 Plus with an admittedly substantial cover into it. Putting a device that was 6.1” into it though was less of a problem, but we wouldn’t try larger than that if you want the most secure fit.

On to flying – think of drone photography much like actual photography – it’s easy to pick up but can take a considerable chunk of time to master. Also, much of the photography and videography aspect, where you need to think about principles of aerial photography to get the best footage, is complicated a bit by also needing to think about flying and controlling the drone. 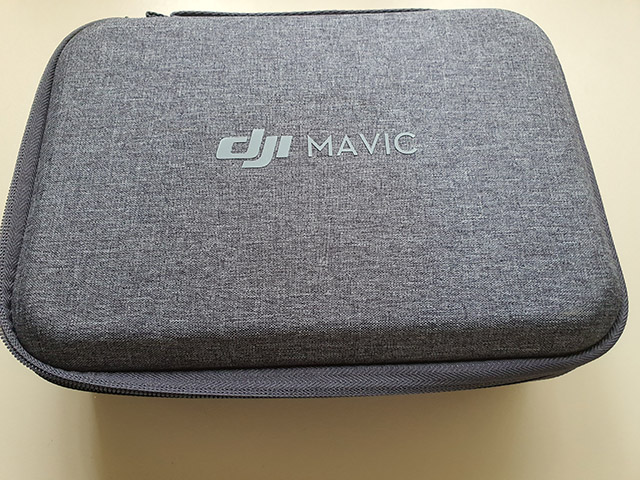 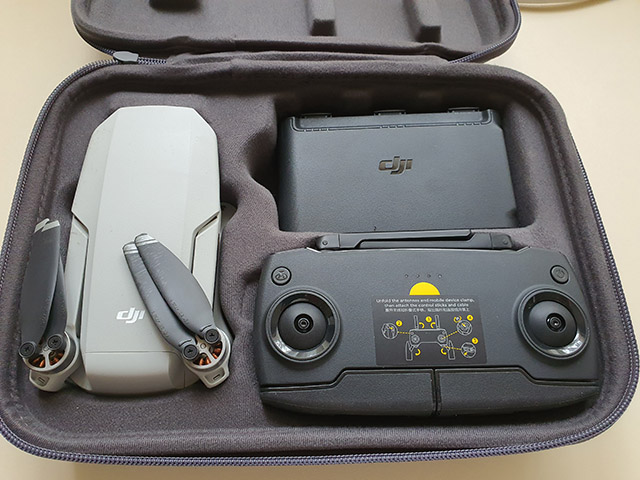 To its credit, DJI have done a good job of making flying the device accessible, and even preprogrammed the facility to do a very nifty common footage tricks such that you can do so with a touch of a button.  As well, the drone can fly far – we are told a good 4 km out. To be frank, we weren’t bold enough to fly the device that far away. Having a R7000 drone on loan out of view for an extended period would be sufficient to induce an anxiety attack. But you don’t need to fly far in order to get good, even arresting footage or stills.

Indeed, what using the drone does do is put bring aerial photography into the hands of the layperson and those of us who aren’t willing to charter a helicopter to get a bird’s eye view. Image quality was also very good, thanks to the 12 megapixel camera onboard, with up to 2.7k video being supported.

Another credit in its favour is that while light and small, the Mavic Mini is quite resistant to strong winds, of up to 28 km/h.

Having a fixed lens that you can’t use to zoom in or out with does limit you to an extent visually, especially if you have plans on spying on your neighbours. Not that you could effectively could – the drone sounds like a swarm of somewhat annoyed and fairly loud hornets, which means your attempts at being the James Bond of the neighbourhood would probably net you a lawsuit before it would salacious secrets that could be used for blackmail purposes.

Tongue out of cheek, this means you are probably going to want to exercise caution when flying it around your pets, especially those that have a taste for chewing expensive hardware (yes labradors, we are looking at you). 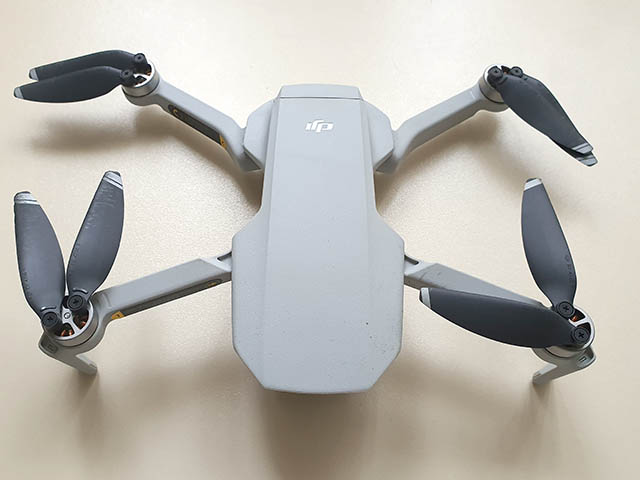 There are two downsides to the experience that I could discern during my limited time with the device. The first is easily remedied, and that is for all that the box contains, a micro sd card, which you need to record stills and videos, is not included in the package. I would strongly advise you to make sure if you do buy one that you add in the expense of a micro SD card if you don’t already have one lying around.

Secondly, and this was a similar bugbear on the Osmo Mobile 3, the software does have an annoying tendency or two.

My chief complaint was popping up a survey while I was mid flight. Now, I most certainly do not want to answer a few questions and lose the vantage view of the drone while I am doing my best to keep it away from power lines and telephone wires, and I’m guessing neither will you. If it absolutely must ask your opinion as to why you bought the drone and what you intend using it for, or your age and gender, at least it should do so when the device is not flying.

As well, there is a fair amount of effort into getting going from unpacking it, with the software requiring a strangely lengthy download and update.

There is one caveat with the drone that is not limited to the Mavic Mini, and that is you cannot by law fly it anywhere you please. There are no go areas such as embassies, national parks and airports and other places that vary from one country to the next that you would need to research a bit before you engage your aerial photography jaunt. The app does advise you on some of them based on your location, but this should not be your only source of reference.

A couple of other things you are going to want to bear in mind is that a battery gives about thirty minutes worth of flying time. In the bundle we received for review, it contained three batteries, for a total of 90 minutes. That means though that you are going to want to make your time with it count – this is not a device you can count on getting a full days worth of using while out on a trail or at the beach.

Secondly, we also found that after some usage, we were advised to turn off the device for a while to prevent the processor from overheating. Perhaps it is due to the small size or the fact that there is little cooling happening in that shell, but it again positions the Mavic Mini as a device for shorter jaunts and filming rather than full day ventures. Similarly, the controller’s built in battery similarly has a couple of hours worth of life before it requires a recharge. 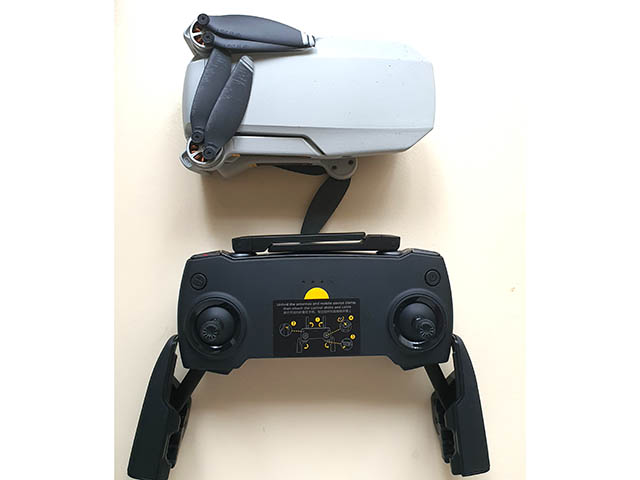 All that being said, our brief time with it did answer our three questions. It certainly is a desirable piece of kit, and offers a not too intimidating entry point into the world of drone aerial capture. To the third question, would we recommend buying one, our answer depends on your usage scenario.

If you are looking for more heavy duty droning or intend to do drone photography for longer than 30-90 minutes at a time, then you are probably going to need to spend more for a larger, longer lasting drone.

If you want to do complement your video channel, home movies or travel type content with an arresting fly over perspective or do some light aerial photography, then yes, we would. Just be aware you are going to need to sink some effort and time into learning to fly the drone effectively to make the most of it.

The Mavic Mini costs R7000 to start and around R9000 for the full package that includes a case, extra batteries, and propeller protectors.