The Fitbit Blaze runs in a interesting area. It’s definitely not solely a fitness tracker, having gone the same route as the Garmin vivoactive to expand more to a traditional watch look and feel. Unlike the vivoactive, the Blaze comes across as less sporty, also accommodating metal and leather straps.

With its out-the-box setup of a stainless steel frame and black plastic armband, I didn’t have any qualms about its looks. The Blaze is comfortable to wear during the day, even enough so as to take it to bed to also track my sleeping patterns. While it’s far from being an unattractive watch, it does suffer from a thick bezel, which means the 1.25" colour screen takes up less space than what it could have. It is a touchscreen, which allows you to sweep through its menu rather than using the three buttons on the side. 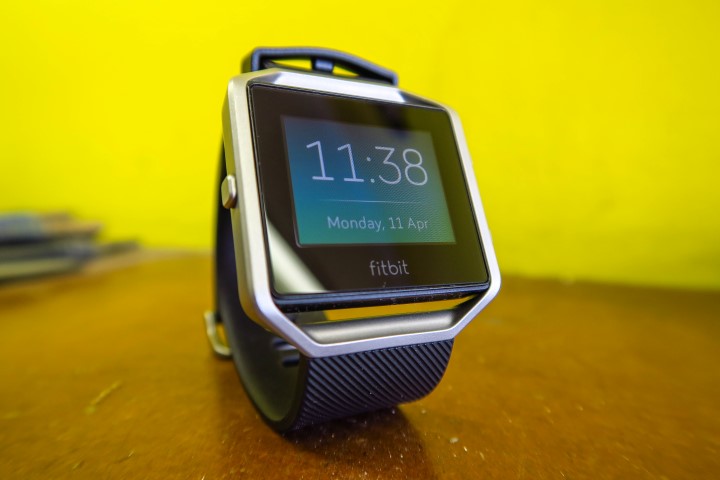 Along with all the regular activity tracking (counting your steps, floors climbed, active minutes, etc.), you also get smartwatch type notifications and, more importantly, constant heart monitoring. One of the benefits of the latter, is that you can monitor in what heart rate zone you are exercising in – fat burn, cardio, or peak. Also tracked is your resting heart rate, a key indicator of health according to American Heart Association. (Check out more on Fitbit’s heart rate monitoring, with more info found here.)

There’s four different types of watch faces to choose from, with strangely only one displaying your current heart rate together with the time. For the rest you need to go to ‘Today’ to see this info. Hopefully Fitbit can add more watch faces via a firmware update.

And track your activities

If you’ve bought a Blaze, the likelihood is that you may well lead a more active lifestyle, at least for awhile. Thankfully, you can track a number of activities, including walking, running, cycling, weight training, elliptical and yoga. By using GPS assist via your smartphone for running for example, you can also log your course. The Blaze can still record your distance ran without your phone fairly accurately (on one 10 km run it was off by about a 1 km).

While the heart rate tracker allows you to train according to heart rate zones, the Blaze doesn’t conveniently display your zone while exercising. I would have preferred a colour change to the screen (as with one of the watch interfaces) that indicates your current zone.

Also on board is FitStar that shows exercises on the screen, such as a 7-minute workout, or 10-minute ab exercise. It’s convenient and an easy way to burn fat.

Note that the Blaze doesn’t store information on the watch itself, meaning you can’t view your performance in a recorded activity or your activities during previous days, unless through the app or web. The Blaze is also not waterpoof, so it's best not to take it to the shower or, even worse, for a swim. 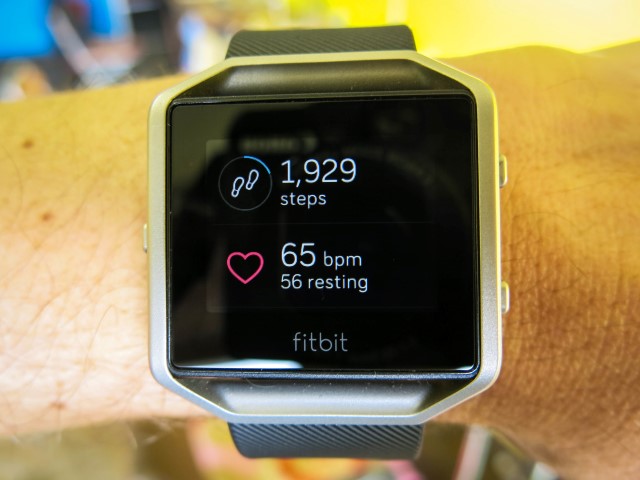 One thing that Fitbit is getting right, is their smartphone app and website. Your most important information is easy to find, thanks to a clean interface that allows you to get a good glimpse of how your day is progressing. Click on Steps in the app, for example, and it will show your current total, and from there you can further click to find more info on each day’s history. It’s much clearer and more intuitive than what I’ve seen from Jawbone, although when it comes to information needed for athletes, Garmin is firmly in the lead (at least on the app side, not the web).

Depending on different settings I could get five days worth of usage before the Blaze had to go for a recharge in its casing. For better usage, turn off all-day sync. 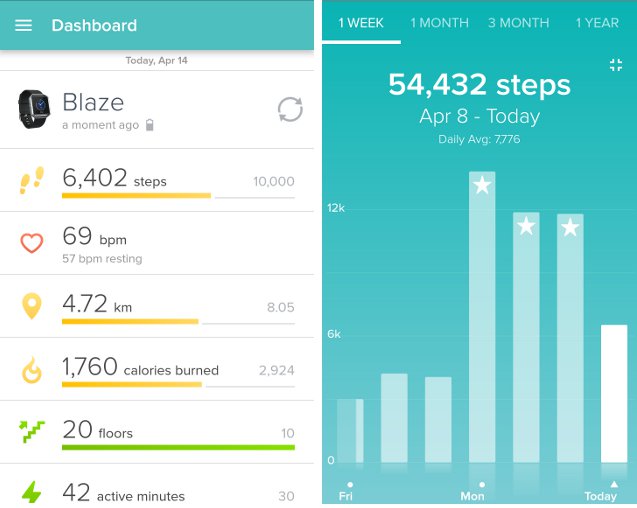 One of my biggest gripes with (some) smartwatches is that when I look at the watch I do so with the expectation that I will see the screen and know the time. With the Fitbit, it is supposed to automatically know when you flick your wrist to look and then light up to show the time. This happened about 70% of all instances, having then to contend with pressing a button the rest of the time. This is also true for when exercising, with the Blaze taking that split second too long before lighting up.

Fitbit must also think about a do not disturb period at night, so the screen does not automatically light up when turning around in bed. Talking of which, the Blaze tracks your sleep automatically, noting when you were restless and awake. Although fairly accurate, the algorithm didn’t quite pick up when I was actually asleep or fully awake yet, inaccurately logging certain periods as restless or awake. A silent alarm that simply buzzes the watch makes getting up in the morning less of a noisy affair and is convenient in that it doesn’t wake your partner.

The Blaze notifies you of incoming calls and calendar events, and can also display text and WhatsApp messages, but it can’t render emoji’s. I turned this off to preserve battery life since I simply didn’t find notifications convenient enough. 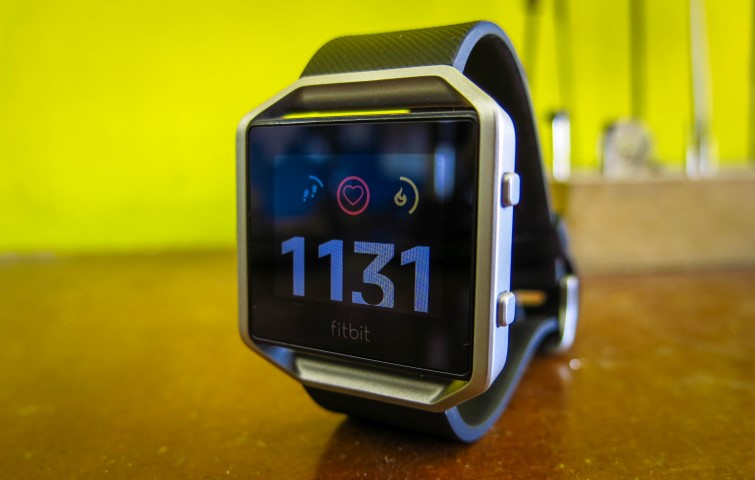 For your wants and needs

The Fitbit Blaze is a strong solution if you are starting to head off on a fitness journey, or for those after a good looking watch that can monitor your heart rate and activities. If you’re more fitness orientated, specifically when it comes to running, Garmin’s Forerunner 235 is still an awesome heart monitoring watch, but that’s certainly not the market the Blaze plays in.

Personally I found the Blaze helpful enough to leave my smartphone at home when I go running, knowing that my kilos will be logged (although not quite as accurately as preferred). I previously gave up on smartbands, such as the Jawbone UP3, but the Blaze is still going strong after almost a full month of usage. It's also a whole lot better at logging your steps than any smartphone app.

FULL DISCLOSURE. The Fitbit Blaze was received as a seeding unit.