In the world of consumer tech, smartphones are the devices that are most in flux, with every 12 months resulting in a new iteration for any particular lineup. When it comes to sports apparel, football boots could be placed in the same category, as the big manufacturers vie to have the footwear most coveted by amateurs and professionals alike. For Nike, the new Hypervenom Phantom 3's are the pinnacle of their current crop of offerings, and bring with it an equally imposing R3 899 asking price.

At that sort of price tag, any piece of performance footwear gets hard to justify, but Nike has imbued this pair of boots with the company's latest and greatest technology. Is it all worth it though? We recently got a pair to try and see for ourselves. 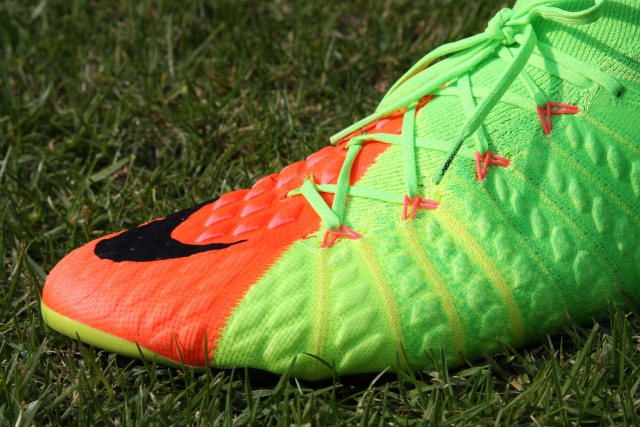 If you don a pair of Hypervenom Phantom 3's, you'll be very easy to spot on the pitch, especially if you pick up the Electric Green and Hyper Orange version, which are quite bright indeed.

Back to the boots, and this model of Phantom 3's are categorised as DF FG. The FG should be familiar with most football boot owners, denoting a set of studs designed for firm ground surfaces. The DF applies to the collar, which is Nike's Dynamic Fit version. It's a piece of technology which has garnered mixed reaction in the past, and for us it only does so because it makes the Phantom 3's difficult to put on and off. It does offer additional support if you have ankles like tennis biscuits, however, which is a nifty added advantage.

Once on though, the fit is nice and tight, luckily not too much so, with there being enough freedom of movement when performing quick changes of direction or when wearing for long periods of time. I am a little concerned though about the longevity of the collar's elasticity, particularly over the course of several weeks of constant play. This becomes a consideration given the Phantom 3's price, and most footballer's desire to get a maximum amount of wear out of it. 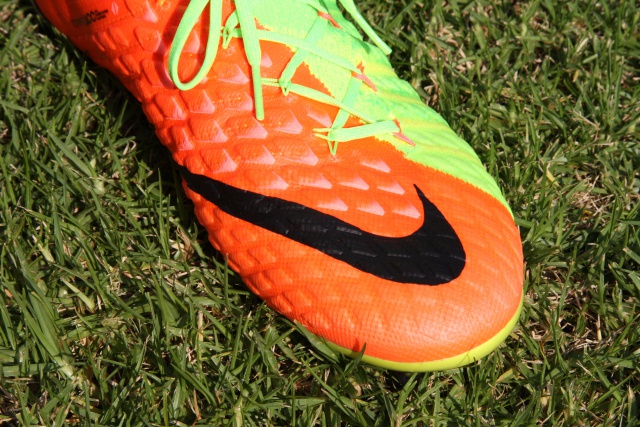 Moving onto the technology that Nike has embedded into the Phantom 3's, with the most noticeable being the Flyknit upper and lightweight construction that tips the scales at 196 g. It's also coated in the company's All Condition Control (ACC) material which should help deal with the wet better. There are also a number of foam pods integrated into the upper that not only provides cushioning, but an added degree of control while striking the ball.

While I cannot fully attest to the Phantom 3's ability to improve control of the ball in close quarters against opposing players, the pods do offer the ability make far cleaner contact than many of the boots I've experienced in the past. For players that pride themselves on trying to hit worldies from outside the box, the Phantom 3's are just what you're looking for.

Flipping the boots over, there is a Hyper Reactive plate on the sole. I was initially quite hesitant about the amount of flexibility it would afford, but once I slipped on the Phantom 3's I was pleasantly surprised. To that end, the plate is both strong enough to hold up when making quick changes in direction, while also capable of handling the tension when flexing or twisting it. 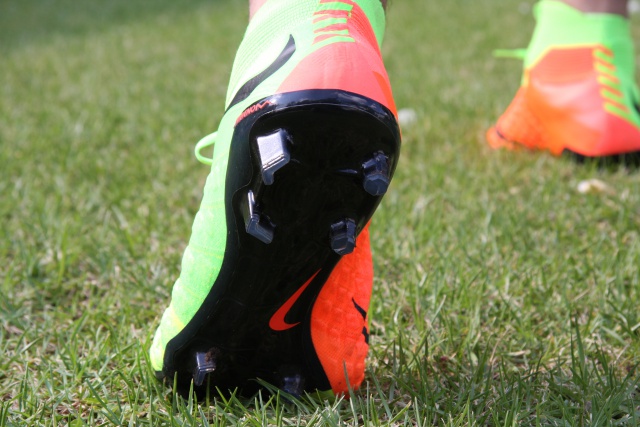 Unfortunately, there is no getting around the Hypervenom Phantom 3's R3 899 price tag, but luckily it's not just expensive because of the Swoosh.

Unlike some other boots designed for forwards and strikers, the upper and sole construction of the Phantom 3's feels quite hard wearing, and could last a fairly long run of games before requiring attention. I'm less confident about saying the same for the collar though, as it takes some effort to put the boots on and off, stretching the collar and no doubt affecting its elasticity.

If you're a footballer that takes their craft seriously, whether it be five-a-side on synthetic turf or fully fledged 90 minute game, the Hypervenom 3's will stand you in good stead. Just don't expect to be playing on Neymar's level. 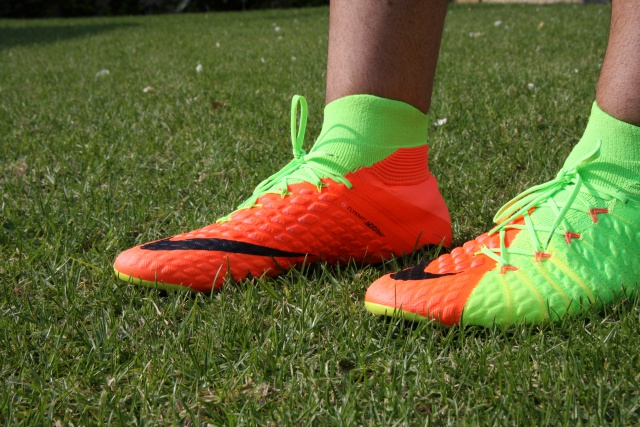