Over the past few years BlackBerry has found itself evolving, albeit unintentionally, from a business centric brand to a ‘hip’ platform which now appeals more to the consumer market than anything else.

As a result, holding company Research in Motion, has been forced to rethink its approach to smartphones and address what buyers really want.
In response, the company recently released its most up to date consumer centric device so far - the 9800 Torch, which brings with it the revamped BlackBerry 6 operating system.
We recently had the opportunity to try the Torch out for ourselves, here’s what we found.
Features
The BlackBerry Torch is in many ways a step up for the BlackBerry range in terms of features. It incorporates a 3.2” TFT capacitive touch-screen with a resolution of 360 x 480, 4 GB of onboard storage with MicroSD support for up to 32 GB, a 624 MHz processor, HSDPA and HSUPA support, a 5 Megapixel camera with autofocus and LED flash and standard Wi-Fi and Bluetooth support.
The most noticeable change however is the implementation of its slide-based design which incorporates a touch-screen as well as the standard trackpad and QWERTY keyboard situated beneath the touch-screen.
This makes navigation supremely easy and gives the user a number of methods in which to relate to the phone - which we believe to be the Torch’s strongest feature.
Unfortunately, the screen just isn’t up to scratch in terms of resolution. Although it performs well with the user interface, a resolution of 360 x 480 just doesn’t match up against the likes of the iPhone 4 (640 x 960), Samsung’s Galaxy S (480 x 800) or HTC’s HD2 (480 x 800), which are all in the same market.
We feel that this is one area in which RIM skimped a little, perhaps to make the Torch more affordable than its Apple counterpart. Nonetheless, we were happy to find that the company has done a significant amount of work on its touch-screen - the interface is far more tactile than both the Storm and the Storm 2 and performs well against other models in the same market segment. 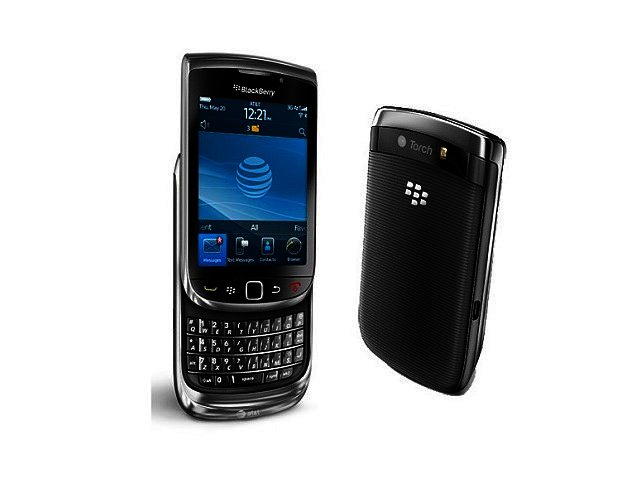 Design
Surprisingly enough, BlackBerry was able to keep the dimensions down in the Torch, despite adding a slide-out QWERTY keyboard to the mix. Overall, the Torch (111 x 62 x 14.6 mm) is fractionally larger than the BlackBerry Bold 9700 (109 x 60 x 14 mm), which features no touch-screen.
The real difference comes in with regards to weight. The Torch measures in at 161 grams, compared to the Bold’s 122 grams. This may be too much of an addition for some users.
Overall, RIM chose not to deviate from the overall BlackBerry feel while designing the Torch. The handset features the same clean lines and chrome finishes as its counterparts. 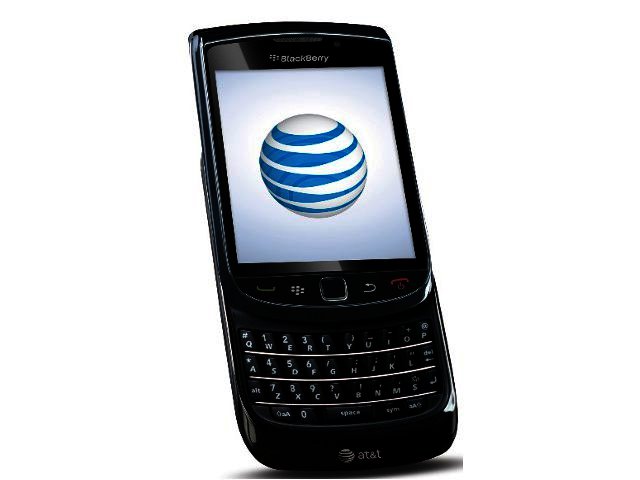 BlackBerry 6
The Torch is the first among RIM’s stable of handsets to ship with the newly developed BlackBerry 6 mobile operating system.
The OS features a completely redesigned User Interface (UI) which incorporates features such as multiple pages, universal search and integrated social feeds from a number of networks including Twitter, Facebook and BlackBerry Messenger.
In addition, the new platform also integrates a WebKit browser, featuring tabbed browsing amongst other features, which we found vastly improved our online experience compared to older BlackBerry models.
BlackBerry 6 really demonstrates the commitment the company has made to its new market segment. It is distinctly focused on the general consumer, but also manages not to lose the business friendly feel that made the brand so popular to begin with.
Although we experienced a few niggles during usage (lagging and overcomplicated menu systems), BlackBerry 6 is definitely a step in the right direction for the company.
Conclusion
While the Torch is certainly an impressive piece of equipment and a milestone for RIM and the BlackBerry brand, it represents more of a evolution than a revolution.
Despite promises to the contrary before launch, the Torch is simply not an iPhone killer. RIM is only just starting to play in a market which has long been scouted and sussed out by the likes of Apple and HTC.
Nonetheless, it’s a step in the right direction and certainly opens up an exciting new chapter for the BlackBerry brand. We can’t wait to see what comes next.

PROS
It's the best BlackBerry touch-screen device yet, BlackBerry 6 offers a lot of additional functionality.