Vodacom’s specific needs devices are targeted at people who aren’t necessarily looking for the latest and greatest smartphone on the market. These devices target certain needs such as a ‘talking’ cellphone for the visually impaired the likes of the special edition N86 8MP, as well as the popular ZTE S302 for the elderly. The latter has recently been upgraded to the S306.
At a glance
The ZTE S306 is compact (107.6 × 50.8 × 17.2 mm) and lightweight (106 g), boasting big buttons that make it really easy to dial numbers. When dialing the numbers are also read back to you (quite loudly), another nice feature for those with difficulty seeing. Nothing else though, such as SMSes, are read back.
Compared to the ZTE S302 (1.65") display, the new model sports a slightly bigger one (around 1.73”) allowing for bigger text which makes reading messages easier. Its not only the on-screen text that reads better, as Vodacom has done a better job with the new phone's manual although the text is still on the small side.
The phone’s standout feature is the inclusion of an SOS button at the back. Once you press it, it sends an SMS to three user-defined contacts, at the same time activating an onboard alarm. If no reply is received it starts calling the numbers. This is a pretty useful feature to have, especially for senior citizens whose health is frail.
ZTE has also done a good job with the S306’s menu system which is really easy to use and highly reminiscent of the Nokia 3310’s easy to use menu structure. 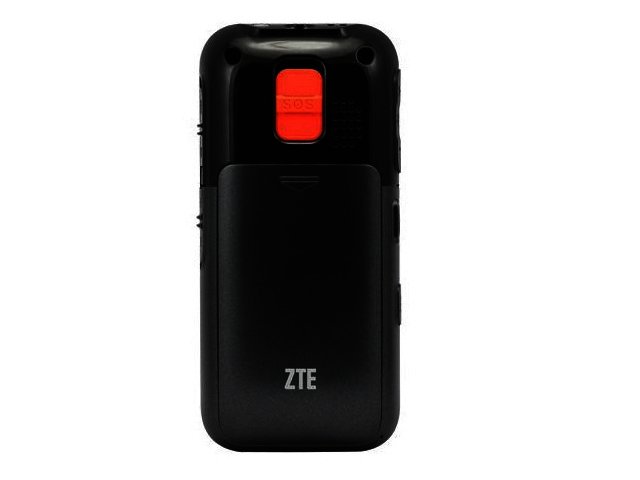 Needs over wants
All the cellphone’s functions are easily accessible with the left side of the phone containing a button for FM radio and the volume rocker. The right side of the S306 contains two switches, the top one to switch on the flashlight and another one to lock/ unlock the phone
Continuing on the simplicity theme, the ZTE S306 comes with all the functionality that its target market demands including FM radio, which plays via the phone’s speaker and also doesn’t require the use of your pair of earphones to act as the FM radio antenna as most other devices.
ZTE’s S306 also boasts a torch (LED flashlight) that isn’t the brightest we’ve ever come across, but will definitely come in handy during a power out, when you have to make your way to the kitchen cabinet for candles and matches.
Conclusion
This device brings all the functions that the elderly person requires into a really compact package. It is extremely easy to use for even the most technophobic user and sports a useful emergency feature in the SOS button. Vodacom is offering the ZTE S306 cellphone at the recommended retail price of R399.
For more information on Specific Needs products and services, customers should contact Vodacom’s Specific Needs Contact Centre on 12580, free from a Vodacom cellphone, or by dialing 082-12580 from any other phone (standard rates apply).  Alternatively you can send an email to 12580@vodacom.co.za.

CONS
No fully inclusive text-to-speech functionality, as it only works for dialling numbers on the keypad.
TAGS:
ZTEVodacomspecific needs
USER COMMENTS