Last year’s Reno5 5G smartphone (review) was a great introduction to the brand locally. It managed to secure Oppo a foothold in the South African market and they have provided some solid offerings since then. The follow up to the Reno5 locally passes over the Reno6 and goes straight to the Reno7 5G. But while Oppo might have skipped a number, the Reno7 should still be seen as an evolution rather than a leap. 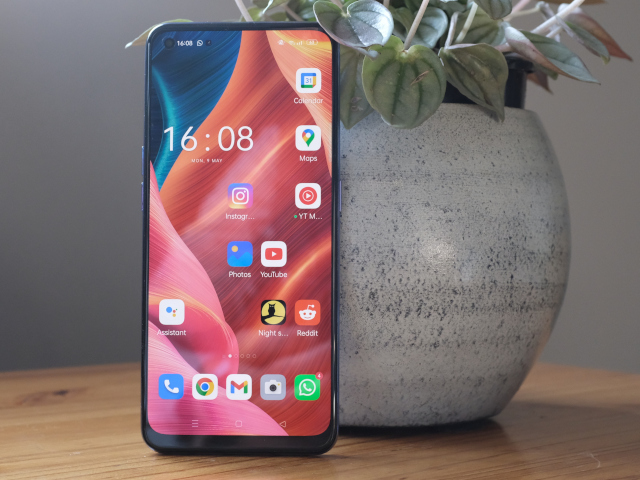 Upgrades, but no jumps

Having used the Reno 5 as my primary device for close to a year, there were a few noticeable benefits to the Reno7. For one, the device feels sleeker in hand but remains very much on par with its predecessor in terms of screen size (a manageable 6.4”) and screen resolution (2400x1080). It’s a slightly taller device with a bit of a cut in depth, but not by much.

One noticeable upgrade is the battery, which jumps to 4300 mAh to 4500 mAh. While this might not seem like much, the real-world benefit was decent, with the Reno7 lasting for a full day and charging required in the morning only. This can be done via the 65W SUPERVOOC quick charge, which Oppo claims can recharge your phone in 31 minutes. Your Oppo will start recognising your charging patterns, with charging at night happening gradually rather than through the quick charge method. 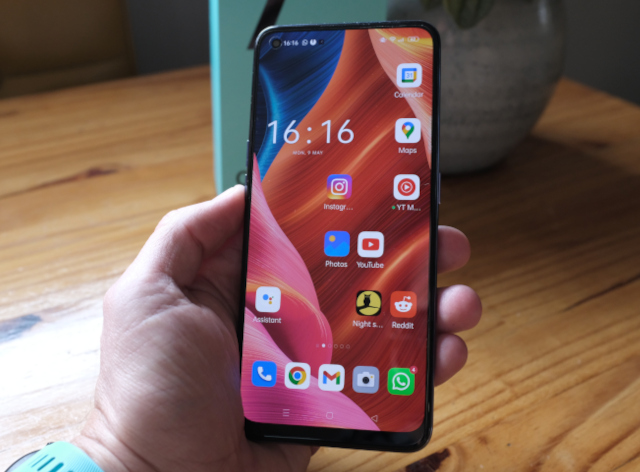 Powering the unit is a MediaTek Dimensity 900 octa-core processor (2.4 GHz, 2 GHz), with 8 GB of RAM that keeps the system running smoothly. During benchmarking the Reno 7 shows about a 20% increase in performance compared to the Reno5, it’s a decent jump, noticeable when opening applications such as the camera.

Talking of which, on the imaging side Oppo dropped the mono camera from the previous quad camera system, instead opting for only 64 MP main, 8 MP ultrawide and 2 MP macro camera, with a 32 MP selfie camera at the front. Are photos taken with the Reno 7 that much better than the Reno 5? No, but you do get a few extras on the video front. New is Bokeh Flare portrait video that separates the subject from the background, with AI Color Portrait Video capturing only your subject in colour with the rest in monochrome. You do have a decent 256 GB of storage to play with a MicroSD card slot available to expand. 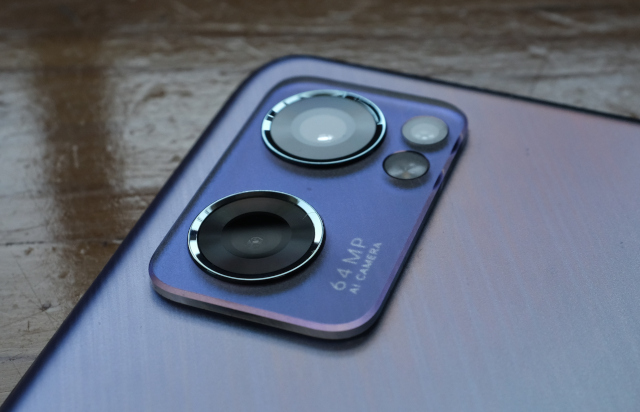 Once again Oppo hits it out the park on the design side, with the shimmering Oppo glow that’s applied via the Startrails Blue colourway. This has more of a brushed metal look than on the Reno5, which was also a beautiful device. You can’t fault Oppo for designing awesome looking smartphones.

At the time of returning the phone, Android 12 was not yet available on the Reno7 (this might have changed since), strange since it has been available on the Reno5 for a few months already. You are equipped with the latest in Oppo’s UI, ColorOS 12. It’s one of my favourites and remains a well-designed, low interference and quite intuitive UI. ColorOS 12 looks great on the phone, with a few extra colours added in for good measure throughout its menu options.

A new rather useful feature on the Reno7 is PC Connect. This allows the phone to wirelessly connect to your PC once you install it. Your phone’s screen is mirrored on your PC, while you can drag and drop files to your PC’s hard drive. It’s a handy feature and there were a couple of times where being connected in this way saved some time. 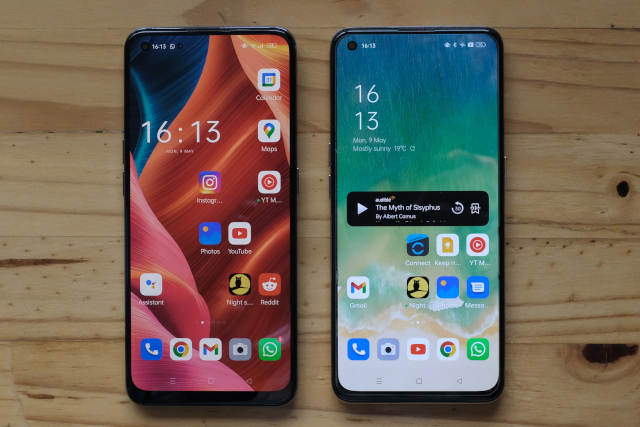 After returning the Reno7 5G review unit, I switched back to the Reno5 5G, suspecting it would be a bit of a hard slog to return to the older model. Apart from the decrease in battery life, it was less hassle than I thought, which tells me that an upgrade to the Reno7 5G is not quite warranted. However, if you are in the market for a beautifully designed phone with a great UI, decent camera and solid performance, the Reno7 5G remains a top choice. 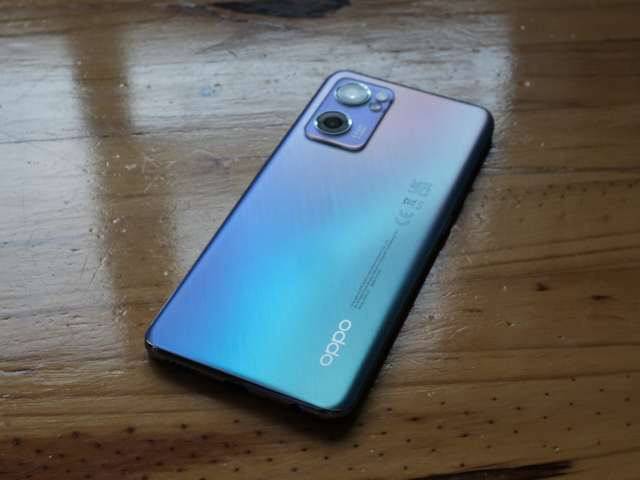 However, there is strong competition out there, including the Samsung Galaxy A53 5G which retails for R8k. At about half the price of the Reno7 for very similar specs, the A53 becomes difficult to ignore.