Whilst the Z1 (review) might be the king of Sony’s Xperia domain, it is the high-volume pawns like the Xperia L who expand the kingdom. Does the more affordable pricetag translate into a less desirable smartphone?

Like the Xperia V (review) before it, the Xperia L is a midrange offering, which sees Sony slashing R1 700 off of the R5 500 RRP of the V. The gain in affordability comes at the expense of features such as LTE (4G) connectivity, an HD screen, and the signature waterproofing design feature that characterised most other Xperia handsets since the Xperia Z (review).

What you do get with the Xperia L though is an eye-catching design (for this sub-R4 000 price range) smartphone that feels comfortable in hand, thanks to its curved back cover that reminds us of the old Xperia arc.

Despite being non-HD and sporting just over half of the pixel density available on the screen of the Xperia Z1 (441 ppi), the 4.3" (480 x 854, 228 ppi) touchscreen on the Xperia L delivers a good amount of detail, vivid colours and good viewing angles. We just wished that the display had any sort of anti-glare tech, so that it could be more useful in direct sunlight. 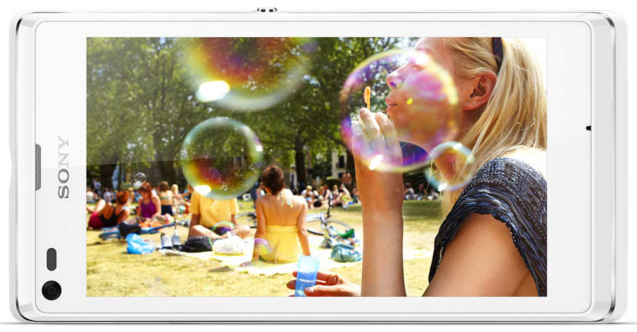 Despite being a non-HD display, the Xperia L's screen delivers a good amount of detail, vivid colours and good viewing angles.

Powering the Android 4.2.2 running device is a Qualcomm Snapdragon MSM8230 chipset, which packs a dual-core processor clocked at 1 GHz per core, supported by 1 GB of RAM. As expected this combo falls short in the benchmarking stakes against pricier devices the likes of the One mini (review) and Galaxy S4 mini (review). During day-to-day the performance of the Xperia L is not as smooth or snappy as we’ve come to expect even from budget Jelly Bean-operating devices, with the odd lag or noticeable stutter.

On the topic of performance, the longetivity of the 1750 mAh Li-Ion battery of the Xperia L was pretty poor. Even with just a bit of light gaming, downloading less than ten applications, and capturing the odd photo, resulted in the battery calling it a day around the nine hour mark.

Not a happy snapper

As disappointing as the performance of the CPU was that of the main 8 MP autofocus camera of the Xperia L, particularly as this unit boasts Sony’s Exmor RS for enhanced low-light shots.

When you press the dedicated camera key or launch the camera from the lockscreen, the snapper UI takes too long to load, whilst some noticeable shutter-lag is also present. The latter is really annoying and often introduces an element of blurriness to the shot, as users have to hold steady for longer than expected for the shot to be taken.

Simply put, if you need to capture a Kodak moment quickly, the Xperia L is not the device to reach for. That said, the Xperia L sharp details and good, accurate colour levels. Low-light performance is better than average but is not on par with Nokia’s Lumia range of smartphones such as the Lumia 925 (review) or Lumia 720 (review). 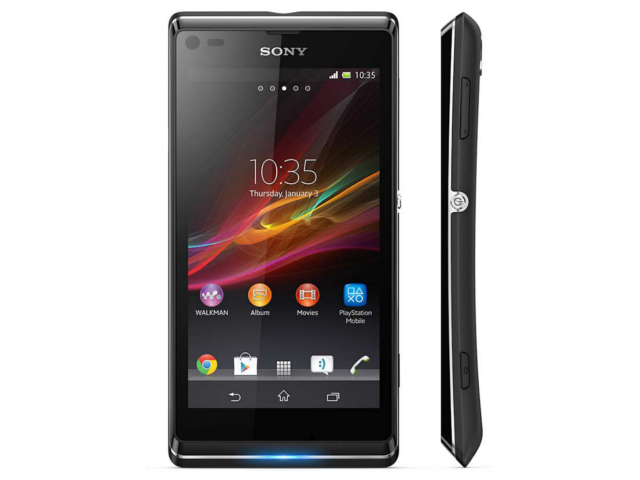 We like the design of the Xperia L, especially how the back cover curves to more comfortably fit our grip.

Does the L stand for loving or leaving the Xperia L?

Sony’s Xperia L is an attractive looking, solidly constructed smartphone with a decent display for this kind of money. Unfortunately the device is fairly underwhelming in almost every other department, with a sluggish CPU and camera being the trump cards in our disappointment deck.

The Xperia L goes for a recommended retail price of R3 800, making it the most affordable option in the Xperia lineup. The title of our favourite midrange Xperia device still belongs to the Xperia V, which costs R1700 more, but offers LTE connectivity, a water- and dustproof design, snappier SoC, plus better battery life.

PROS
Most affordable handset in Xperia line-up; compact design that fits nicely in hand; expandable memory; and good screen, despite being non-HD.

CONS
Not the snappiest CPU on the budget smartphone block; disappointing 8 MP camera; no glare protection when using display in direct sunlight; not the greatest battery life; and does not run the latest version of Android.
TAGS:
SonySony Xperia lineupmobile OSAndroidmobile platformAndroid Jelly Bean
USER COMMENTS