Debuting at its Seattle-based headquarters, the Fire Smartphone from Amazon, is the company's first foray into the realm of flagship smartphones. As expected, the Fire Smartphone will be sporting a similar OS to its range of Kindle Fire tablets, Fire OS 3.5. Its design also bears a striking resemblance to the iPhone 4, with a Gorilla Glass 3 front and back, plus a rubberised plastic frame for handling. But the looks are not the defining feature of the Fire Phone; its key aspect lies in its Dynamic Perspective 3D viewing function and augmented reality product information feature.

This 3D viewing mode is accomplished via four cameras mounted to the front of the Fire Phone (one in each corner), each tracking a user's face and eye movement. This enables the displayed image on the screen to shift and adjust its perspective based on the angle that a user views it from. This is not a first in terms of smartphones, but certainly looks like one of the better uses of this technology in quite some time, with the dynamic perspective being applied to games and specialised app content. 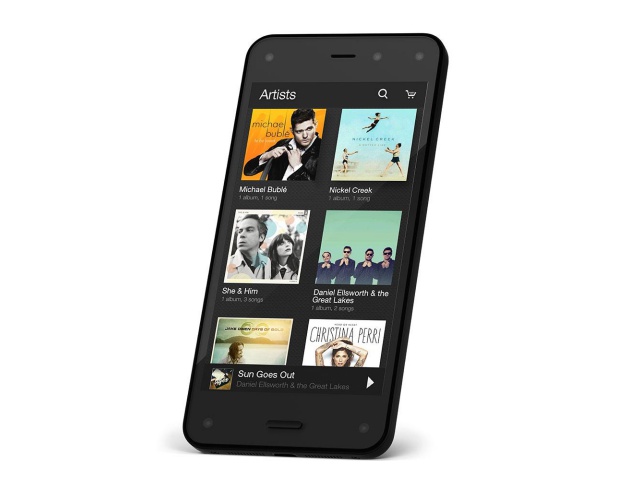 Added to the four front facing cameras is a 13 megapixel primary one in the rear and 2.1 megapixel version in front for video chats and duck-faced selfies galore. The display itself is LCD-based and can handle not-quite full HD content at 780p (1280x720), which may not seem flagship-esque but still retains a pixel density of 315 ppi. Internally, the Fire Phone sports a 2.2 GHz quad-core Qualcomm Snapdragon 800 processor and 2 GB of RAM.

All of these components bode well for users who value highly specced smartphones, but the Amazon Fire Phone’s main party piece lies in its augmented reality purchasing feature known as Firefly. This feature is able to read any object placed in front of it and brings up a variety of options, including the ability to then purchase the particular item in Amazon's online store. 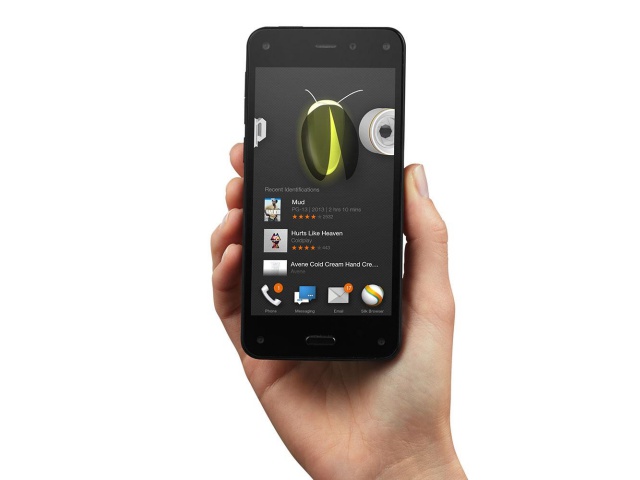 The Firefly view can also be used to bring up other options, such as being able to listen to an album when one is placed in front of the Fire Phone. From this perspective, the Firefly feature has plenty of room for development, with applications undoubtedly being created as we speak.