The 4 Series Gran Coupé is BMW's answer to the slew of similarly styled coupés hitting the market, aiming to one-up its German counterparts’ offerings like the Audi RS7 and Mercedes-Benz S Class Coupé.

One of the 4 Series' defining features is its four-door orientation, making it slightly longer than most conventional luxury Coupé models at 4,64 metres. This is best seen when viewed from the side, with the classy silhouette of the BMW 4 Series Gran Coupé catching the eye instantly. The long, sloping roof line, the flat window graphics and expressive lines converge in an extremely muscular looking back panel.

The powerful front-end of the BMW 4 Series Gran Coupé, which gives the impression of being particularly flat and wide, also makes an immediate impact, especially in combination with the value added M Sport package, which enhances the vehicle's striking details and adds an extra touch of dynamism to the car as a whole. 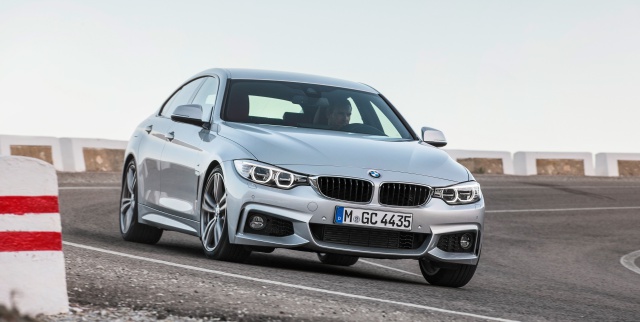 Underneath the bonnet, BMW has fitted the 4 Series Gran Coupé with the German manufacturers’ own TwinPower Turbo technology, orientated for both petrol and diesel versions of the vehicle. The top of the range 435i (petrol) model produces an impressive 225 kW of power and a maximum torque output of 400 Nm, all adding up to a blistering 0-100 km/h time of 5.5 seconds and electronically limited top speed of 250 km/h. This is noteworthy, considering the 435i weighs a considerable 1650 kg.

The diesel variant 420d xDrive is nothing to scoff at either. Its engine may produce a slightly low 130 kW, but it is well complemented by max torque of 380 Nm, making it fairly quick off the line, registering 7.7 seconds to reach 100 km/h and topping out at 234 km/h. Although slower ot the blocks than its petrol cousin, the 420d xDrive boasts a CO2 emissions total of 130 g/km, compared to the 435i's 190 g/km.

When we take a gander inside the 4 Series Gran Coupe, it appears as if BMW has opted for a simpler, cleaner aesthetic and dashboard layout, allowing drivers to remain undistracted while negotiating busy CBD's. The instrument panel is uncluttered with the centre console tilting ever so slightly towards the driver. All driving relevant operating elements and functions are in intuitively positioned, to ensure controls and information can be accessed as efficiently as possible. The 4 Series Gran Coupé features a Control Display located neatly within the line of vision, with the optional BMW Head Up Display (HUD) providing even more comfort by projecting driving-relevant information directly into the field of vision, including speed, revs, odometer reading and gear changes.

On the whole, the BMW 4 Series Coupé looks well balanced, with a winning combination of speed, safety, space and high-specced accessories to keep drivers wanting more. Pricing for this Bavarian coupé is set to start at R600 000 for the entry level model and R800 000 for the top of the line 435i, with an expected showroom floor debut in the final quarter of this year. 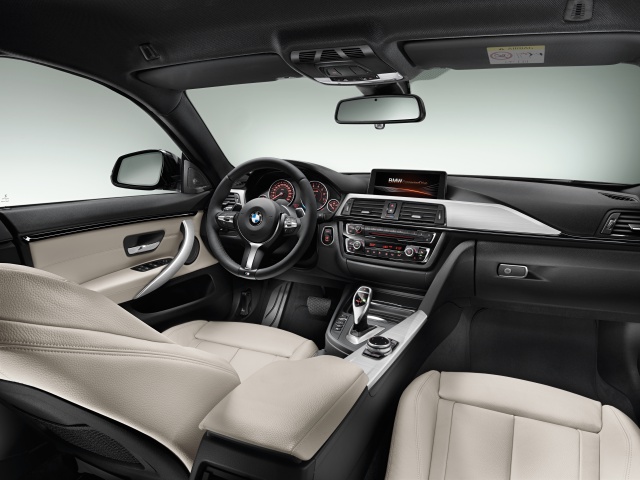 Mercedes-Benz unveiled the concept design for the S-Class Coupé already in the early part of 2013. A year later the Stuttgart-based manufacturer showcased the final product, along with the AMG-fine-tuned S63 4Matic Coupé, at the 2014 New York Auto Show.

The first striking feature of the new S-Class Coupe in profile, is its sweeping lines, a perfect mixture of the CL-Class and S-Class' design elements in one elegant, yet powerful vehicle. It certainly seems as if other German vehicle manufacturers will have to up their game, as the S63 AMG has defined the new standard among coupés for years to come, usurping the coupé crown from the CL63 AMG.

The Mercedes-Benz S-Class has always been regarded as an elegant cruising vehicle, designed to offer unsurpassed comfort over speed, so in stepped AMG, with their powerfully designed engines, highly responsive transmission systems, and racing-style suspensions and brakes.

For the S63 4Matic Coupé, AMG has integrated a 5.5 litre, twin-turbo V8 engine, similar to the one found on the S63 sedan version, which produces an immense 430 kW of power and 900 Nm of torque. All this unbridled power means it gets from 0-100 km/h in 3.9 seconds and having been electronically limited to maximum speed of 300 km/h, although we expect that to drop even further to around 250 km/h when it comes to South Africa.

Another key inclusion made by AMG is the Speedshift MCT seven speed automatic transmission fitted onto the S63 Coupé, as well as the performance-tuned 4Matic all-wheel drive system which splits the torque between the rear and front tyres at a ratio of 2:1 respectively.

In an increased effort to further enhance its performance, AMG have stripped the S63 Coupé down to 1995 kg, making it 63 kg lighter than the CL63 AMG. It further boasts an Airmatic air suspension system and optional carbon-ceramic brakes housed behind its 20" AMG styled alloy wheels.

Control, a touch away

In the cabin, Mercedes-Benz has created a wrap-around design, incorporating the instrument panel and in-vehicle controls into one seamless system. AMG has also fitted its newly developed sport seats with power adjustment, memory function and seat heating/ventilation for the driver and front passenger to enjoy.

Another integration is the TFT colour instrument cluster with two animated round dials, as well as an innovative touchpad, included as standard, making it significantly easier to operate the radio, phone and navigation system, according to Mercedes-Benz. At this stage there is no indication whether this touchpad-enabled system will be running Apple's CarPlay application, but Mercedes-Benz is one of Apple's vehicle partners, and it would not surprise us if CarPlay is introduced for the S63 AMG 4Matic Coupé.

To date, the S63 AMG 4Matic Coupé is slated for an October 2014 debut in the United States, with South African market set to receive it shortly after that. Pricing is estimated at $150 000 (R1.6 million), which means any person looking to get behind the wheel of this highly-specced and extremely fast coupe will have to shell out a vast amount of money. But then again, the S63 AMG 4Matic Coupé was never designed for the cost-savvy driver. 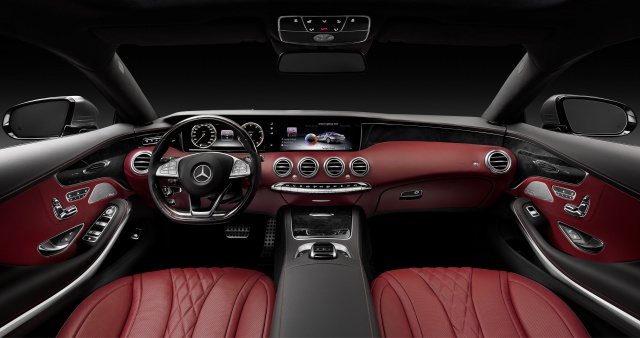