BMW is a carmaker that's been focusing on the future of the automotive industry for awhile now. Last year, the company detailed its Vision Next 100 range of concept vehicles that mixed together innovative designs and smart technologies for a glimpse into what BMW believes cars of the future may look like and perform. 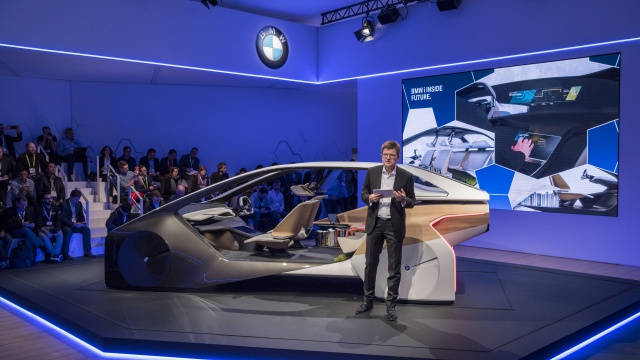 One of these innovative technologies is the HoloActive Touch, which is an evolution of BMW's current iDrive system and builds on the Air Touch display BMW showcased at CES 2016. This new system features a panoramic design on the front of the dash, with a interactive touch display that functions much like the heads-up version that many cars already use. Added to this, BMW has integrated gesture control to create a free-floating display that projects on the centre portion of the console.

BMW is aiming for this interactive system to feature in cars of the future, but a precise timeline for when vehicles will feature versions of this has not been outlined.