In 1942 America’s power in the Pacific hangs in the balance. Having suffered a surprise Japanese attack just six months earlier, the American Navy is down – but not out. An upcoming movie, simply titled Midway, tells the extraordinary story surrounding the Battle of Midway, believe to be the turning point in the Pacific theatre. The movie stretches from the attack on Pearl Harbour, through to the work done by those who decoded Japanese communication, and of course the battle itself, lasting from 4 to 7 June 1942.

Midway is directed by Roland Emmerich, a man that knows his way around action movies, if Independence Day, 2012 and The Day after Tomorrow is anything to go by (yes, also 1998’s Godzilla, unfortunately). Emmerich is joined by talent such as Luke Evans (The Alienist), Patrick Wilson (Aquaman) and Woody Harrelson (True Detective).

This is not the first time that this significant event made its way to celluloid, with The Battle of Midway which came out in 1976, starring heavy-weights such as Charlton Heston and Henry Fonda.

The question is, will the new Midway manage to come close to the heights of Christopher Nolan's amazing Dunkirk? We doubt it. Will it surpass Michael Bay’s Pearl Harbor? Well, it won’t take much, would it?

Hit play below to get yourself some battle scars from the first teaser trailer. 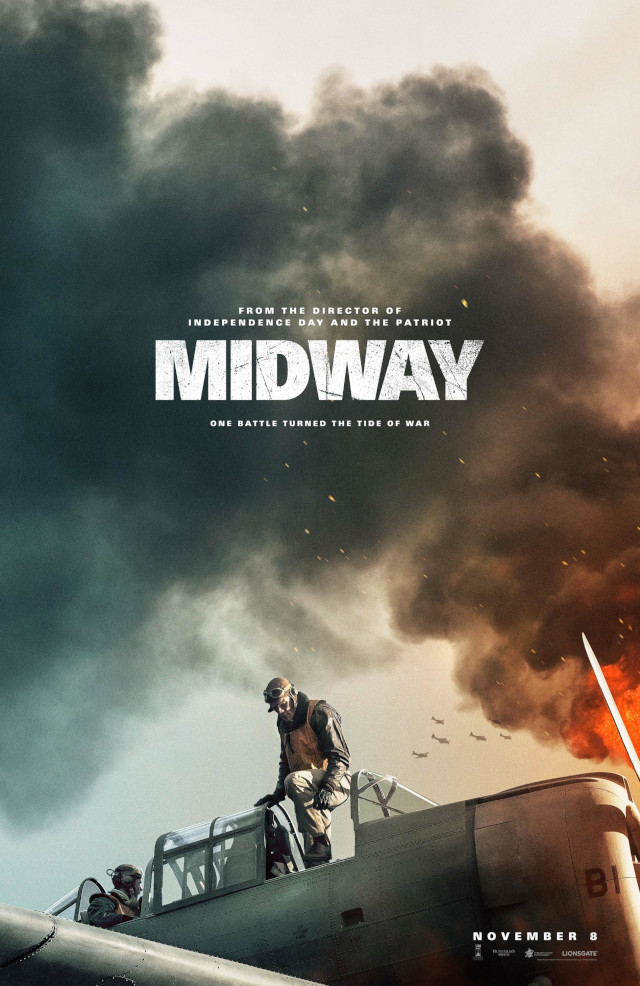