Sports and wildlife photographer, Simon du Plessis has had a number of close encounters of the dangerous kind while out shooting. Luckily he lived to tell the tale, sharing with us a few NB tips in staying safe while photographing. 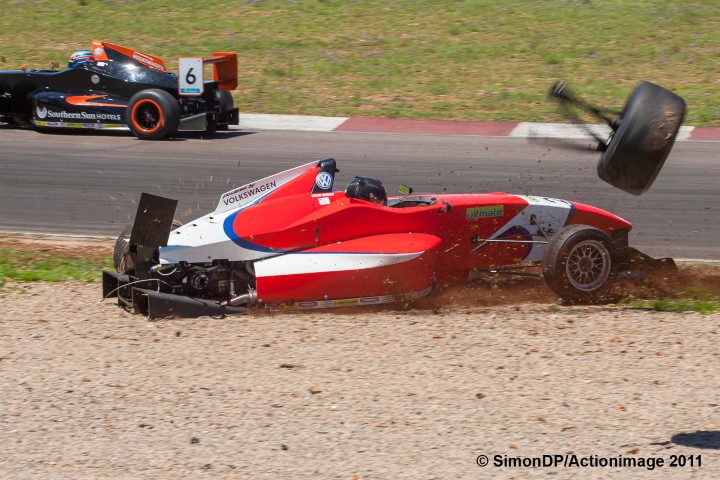 Simon du Plessis: I’ve had a few close calls when out shooting, both with sport and wildlife. Once when I was shooting nesting cormorants nesting next to the ocean, I had a slab of sandstone crumble underneath me. This caused me to fall/slide two metres down a steep embankment. Fortunately, it was on a second ledge and not the final one leading into a 30 m drop into the deep blue sea. I learnt then that taking care of your footing and staying away from sheer drops will save your life.

Being very aware of what is happening on a racetrack can also help you duck in time from flying wheels braking off from speeding race cars. In this photo (above), two Formula Volkswagen racers ran into each other, leaving the No. 2 of Simon Moseley spinning into the sand trap and his broken off rear wheel heading straight for my head! I have managed to duck out of harm’s way twice from flying wheels at racetracks. 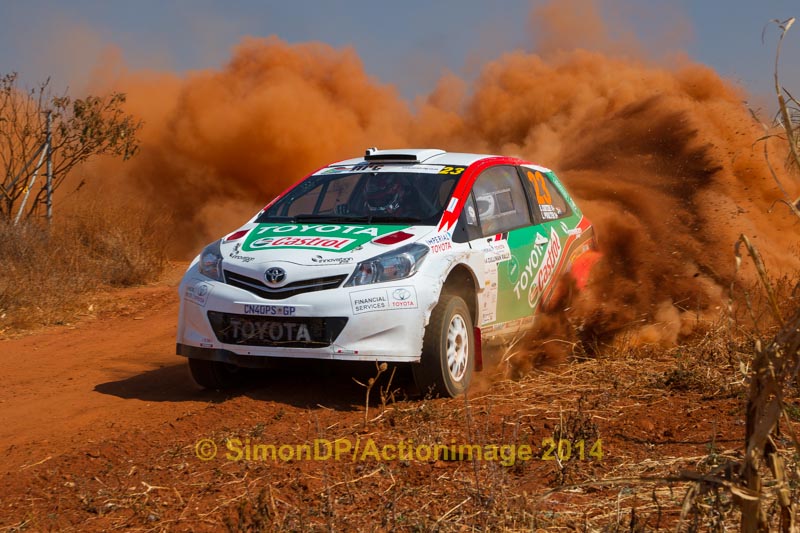 For rallies it is imperative to be safe and have an easy and accessible escape route planned for those times when a rally car loses control in a fast sweep. During previous shoots I’ve had to scamper down quick escape routes three times to avoid out-of-control rally cars.

It’s good to remember that it all boils down to thorough planning when on location. Don’t only give attention to the shot itself, also include the safety factor.

For more of Simon du Plessis' photos, visit his webpage.

This is part of the Canon Series of articles.