Nissan has finally lifted the lid on the first vehicle from its new, or rather relaunched, sub-brand, Datsun, called the Datsun Go. The name of the new car was inspired by the very first Datsun, the DAT-GO, which was launched almost a century ago in Japan.

Datsun unveiled the car in India, where the Go will go on sale in early 2014 for the expected price tag of less than INR 400 000 (around R68 000). The company went on to say that the Datsun Go will be the first of several Datsun models that will be launched during the course of 2014 within South Africa, Indonesia, and Russia. No local pricing info for the Go is available yet, but the car is expected to cost less than R100 000. 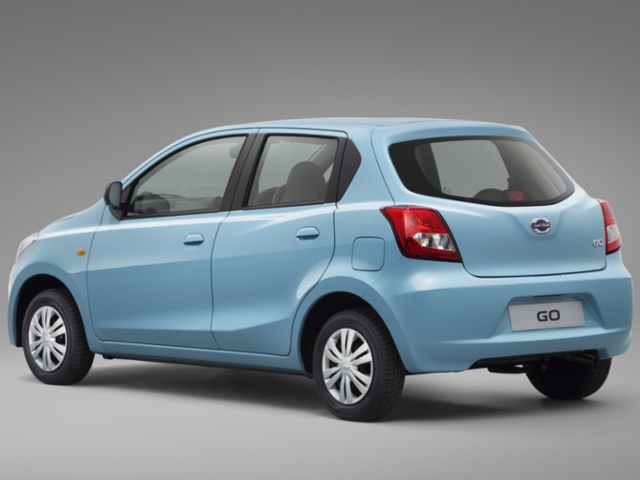 Datsun's return to the South African car market in 2014 is a go courtesy of the Go.

Compact city car is a Go

Datsun’s Go is a five-door, front-wheel drive hatchback that is powered by a 1.2 litre engine, with the power being sent to the front wheels via a five-speed manual transmission. The hatchback boasts a compact body at 1.64 m wide, 1.49 m high, and 3.79 m long. According to Datsun it is spacious inside thanks to its wide stance and relatively large wheelbase of 2.45 m.

Just because the Go is an affordably priced hatchback does not mean that buyers will have to forgo some of the trendier features of modern cars, as Datsun stated that the Go will sport a Mobile Docking Station for connectivity to smartphones. 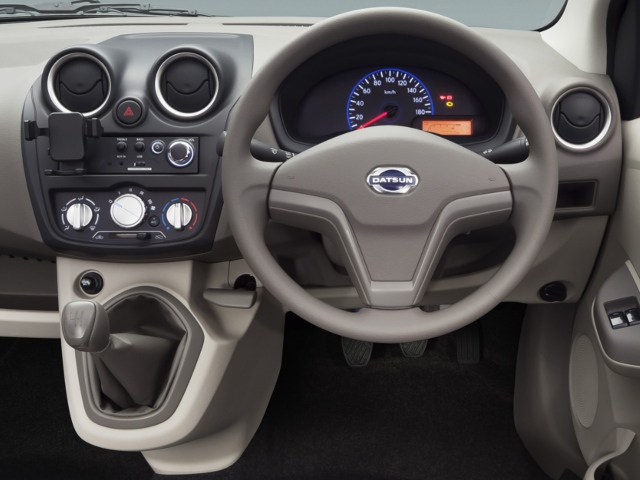 Although the colour scheme is a bit bland, things do not look too shabby at all inside, particularly for an affordably priced hatchback.

“This is an historic day for Nissan Motor Company and for our customers and partners in some of the world’s fastest-growing markets. It’s also an exciting moment for many women and men here in India who – today – come one step closer to realizing the dream of purchasing a car,” said Carlos Ghosn, Nissan Motor president and CEO, when unveiling the car.

Vincent Cobee, who leads Datsun added that, “When a customer buys his first new car in countries like India, Indonesia, Russia and South Africa, first he dreams about it. To realize the dream, customers need to have access, feel a sense of belonging towards the Brand. Also, as this purchase will represent a significant part of their disposable income, it is important for them to have full trust in the brand and the product. So Dream, Access and Trust are key values for which the Datsun brand stands now.”

In other motoring related news, Toyota recently introduced its new Fortuner LTD Edition range, via which the Japanese carmaker aims to keep its popular SUV selling like hot cake locally.