Dell Technology’s IQT strategy event, held last week in New York, may only have been a day long, but it was certainly packed with plenty of information, with much of it going beyond the usual Internet of Things (IoT) hype.

The day began with a focus on collaboration and innovation and how the company is working to connect with an external innovation system that includes IoT, machine learning and artificial intelligence (AI).

Scott Darling, the president Dell Technologies Capital, explained that even as there is an abundance of innovation taking place within Dell Technologies, there are many other companies focused on a particular arena that Dell does not directly address, but instead chooses to invest in.

And at $100 million a year, Dell Technology’s investment in these types of companies is a significant one. It was our first glimpse into how seriously it is taking the IoT megatrend, it was certainly not our last. A brief overview as to what each company was doing - and why - demonstrated how impactful machine learning, AI and IoT, when combined, could be. 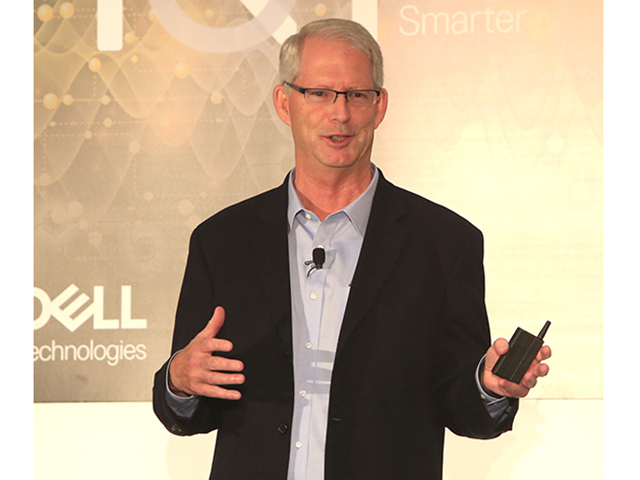 The fight against failure

To this end, the first company highlighted was Moogsoft, which aims to assist in the birthing of a thinking computer using AI and machine learning. Phil Tee, Moogsoft’s chairman and CEO, pointed out that the industrial revolution had a worldwide impact, ultimately lifting people out of squalor and increasing their life expectancy. The problem, he noted, is that this momentum seems to have run out of steam.

“Today, we are facing a number of existential problems, from dealing with antibiotic resistance, climate change and how to feed nearly 10 billion people. It feels like we have reached a limit to human ingenuity to address these problems, and that we need Industrial Revolution 2.0,” he asserted. 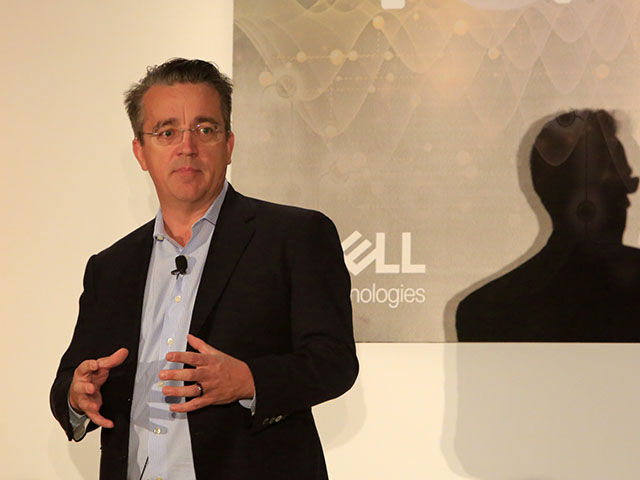 The next couple of companies that Dell Technologies has thrown venture capital behind, highlighted in part two, dealt with the ever-relevant issue of security, along with how hardware, married to analytics, could giving critically ill infants a better chance at life, while the main event delved deeper into IoT - and IQT - and what it can mean for business and society at large.