Destiny 2 live stream: What we learned

Last night saw developer Bungie hold a live stream event for its upcoming title - Destiny 2. The event focused on gameplay in particular, and also touched on several additional elements that the company has been working on for this sequel. With the live stream lasting a little over one hour, there was plenty to digest, so we've taken the courtesy of listing the important points below. 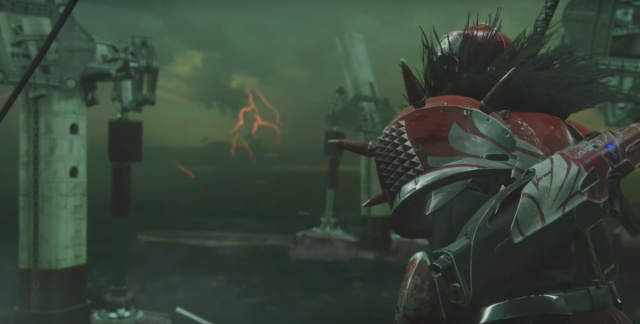 The live stream kicked off with a prequel video, with one of the main Guardians that will help gamers in their journey - Commander Zavala (voiced by Lance Reddick, Fringe). His voyage to becoming one of the most powerful Titan's in the Destiny universe is laid out, along with us getting a glimpse as to the importance of the Citadel and the Traveller.

It helps set up the first gameplay trailer too, which sees the Guardians suffer a monumental loss, not only being stripped of their powers, but also having to flee their homeworld. Whereas the first game saw us fighting in the heyday of the Guardians, pushing back an impending threat, this new title makes gamers part of the resistance, and trying to bring the Vanguard back together again with the odds stacked very much against them.

Along with a new storyline, Bungie has also promised a more immersive one. To that end, a story mode that features more cinematic elements, with the developers even comparing the experience to games like Uncharted and Rise of the Tomb Raider.

With both of those winning over fans in terms of storytelling alone, if Destiny 2 can come close to that level, it could prove a real winner for gamers that aren't keen on the multiplayer aspect of this title.

There will be a swathe of new worlds to check out in Destiny 2, and three of them were highlighted during last night's event - Titan, Nessus and IO. Each of these planets serve as a refuge for the three main Guardians that gamers will be interacting with and fighting alongside - Commander Zavala, Cayde-6 (voiced by Nathan Fillion) and Ikora-Rey (voiced by Gina Torres).

Along with the new worlds that Guardians will be able to explore and try to claim back from the enemy, you'll also be able to go directly from one planet to another without having to go into orbit. It might seem like a small addition, but will certainly cut down on the frustrating load time that gamers experienced on Destiny. 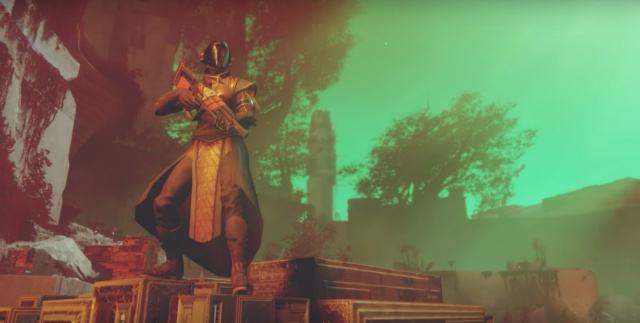 On the superficial side of things, Bungie has designed a bunch of new armour and weapons, all of which should add some nice bling to adorn your Guardian in. While that's great, we're more interested in the more practical refinements they've made.

To that end, there will be an all-new setup for the weapon slots, with a kinetic, energy and power option now available. The power weapons will be specialised items like sniper rifles, but a nice touch is the ability to use both the kinetic and energy weapon slots for the same item. As such, you can use your smaller, rapid fire weapon for easier foe, and whip out the big guns when a more heavily armoured enemy enters the fray.

If we're talking about bosses or perhaps a multitude of enemies attacking at once though, a big gun just won't cut it, which is where the new Supers come into play. As with Destiny, in the sequel, there will be a unique Super attributed to each Guardian class.

The Warlocks will have the Dawnblade, which allows you to levitate above enemy targets and reign down on them. The heavy hitting Titan class will get the Sentinel, a shield that can be used to bulldoze enemies, or be thrown at them Captain America style. Lastly the Hunter will get the Arcstrider, which is a powerful bo staff that deals a lot of damage and involves plenty of gymnastic moves.

Shifting to multiplayer, Destiny 2 will introduce Clans. These are essentially teams that you can join to play alongside other people, with Bungie also adding specific support for Clans, making easier for them to be managed, with the aid of in-game rosters, custom banners and fireteam setup assistance.

If Clans aren't really your thing but you want to see what all the fuss it about without having to commit to anything, Bungie will also be rolling out a Guided Games feature to the multiplayer mode. The result is that Clans and solo players can join forces or specific missions, giving the latter a taste of what is on offer. Whether or not the solo players will become cannon fodder during intense Raids or Strikes, remains to be seen.

It’s finally time for the gameplay trailer, which encapsulates the beginning of the Destiny 2 storyline pretty nicely. It starts with the Citadel coming under attack from the new protagonist Dominus Ghaul and his army, and just as quickly ends with the Guardians getting the snot kicked out of them.

From there on, the action picks up even more, and if we're going off the live stream, Bungie is aiming for the solo story mode to be as intense a gaming experience as the multiplayer one.

While anything can be made to look good in a well crafted trailer, we think Destiny 2 is shaping up quite nicely, so hit play on the video below and see for yourself. We've also pasted the live stream below, if you have the time and data to spare.