Disney has big plans for Star Wars. In recent years the company has expanded the franchise's movie universe, but Disney also has designs for capitalising on the Star Wars' fandom in other ways. At this past weekend's D23 Expo, where Disney and Marvel movie properties were showcased, the company additonally outlined projects for its theme parks, and in particular an expansion for Star Wars: Galaxy's Edge.

Among some of the attractions for the planned immersive theme park is an equally enthralling hotel, which the company likens to the experience one may imagine for HBO's TV series Westworld. While we're hoping there will be far less violence than Westworld, a hotel where you can suit up as a Stormtrooper or carry around a lightsabre freely does sound appealing. 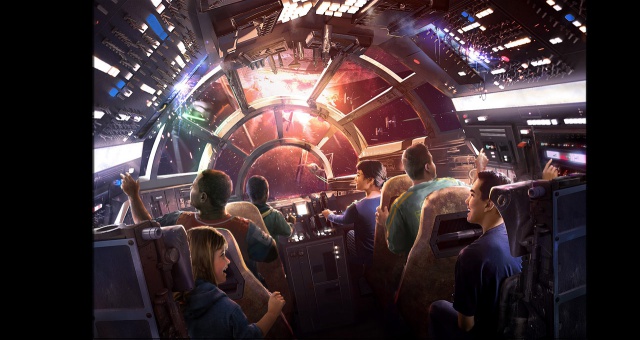 It is said to be Disney's most experiential concept ever, according to Parks and Resorts chairman Bob Chapek, adding that, "it combines a luxury resort with immersion in an authentic environment."

With Star Wars lore, and perhaps more importantly, fan's pockets, rich for mining (estimated at $1000 for a two-night stay), this is definitely one project to keep an eye on. Currently a 2019 completion is being touted for the project, but a more precise date is unknown. Until then, take a tour of a scale model for Galaxy's Edge in the video below.