Facebook's Messenger app has been improving its functionality over the past year, adding new features to entice more users to engage with it. Now, Android Police is reporting that Facebook is testing two new features for Messenger. These will take the form of SMS integration and the support for multiple user accounts.

The former was an initial part of the Messenger app, but was subsequently removed due to low adoption by Facebook users. As such, this latest development could mean that Facebook has seen an increase in the usage of the app, although the company has not officially commented on that aspect of Messenger. As far as what the SMS feature will look like, Android Police has offered up some screenshots of it in action, with messages now displaying in purple instead of blue. 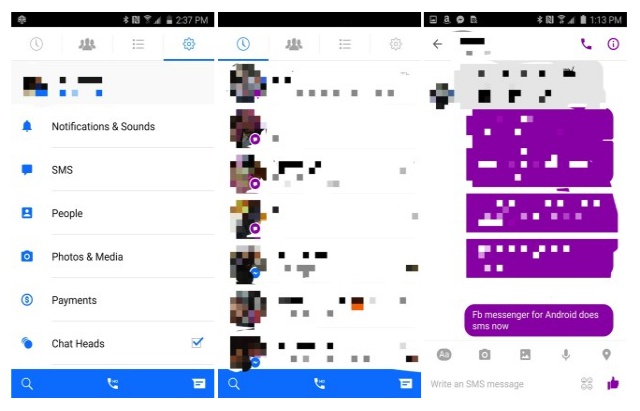 For multiple user accounts, Facebook has provided an official statement to Engadget. "Millions of people share phones with their family and friends. Until now, there hasn't been an easy way for people to access their individual Messenger accounts from shared devices. To address this, we've launched a feature on Android to enable multiple people to log in and use Messenger from a single phone."

The purpose of the sharing feature is hard to pin down, especially as Facebook Messenger users most likely have their own private device. As such, it may be a feature best used with larger mobile devices like tablets.

Gaming News Roundup - The Trailer Spark Edition
Cybersecurity: A full view of the risks ahead, and what we can do now
More new Ratchet and Clank gameplay footage released
Fitbit Versa