Ferrari's racing heritage is unquestionable, and as such it serves as a great reservoir of inspiration for the Italian carmaker to design new cars. To that end, we give you the Ferrari F12tdf. This supercar pays homage to the racecars, like the 250 GT Berlinetta, which dominated the Tour de France endurance race during the 1950s and 1960s.

Being a Ferrari, as well as primed for the racetrack, the F12tdf is rapid. It can hit 0-100 km/h in only 2.9 seconds, and can reach double that speed in 7.9 seconds. This comes courtesy of a finely tuned V12 that develops 574 kW and 705 Nm of torque. Ferrari has also tinkered with the engine's calibration, shortening gear shifts by 6%, which results in a substantial 30% faster upshifts and 40% quicker downshifts.

It's not all about the engine though, as Ferrari has gone to great lengths to make the F12tdf as aerodynamic as possible. The sloping front end features large ridges on the sides of the bonnet and deep grooves closer to the middle to improve airflow and downforce. As such, the F12tdf can achieve 230 kg of downforce when travelling at 200 km/h, and nearly doubles the aerodynamic efficiency (1.6) of the F12Berlinetta it is conceptualised from.

As far as price goes, that remains unconfirmed, so for now, just enjoy the images of the F12tdf below. 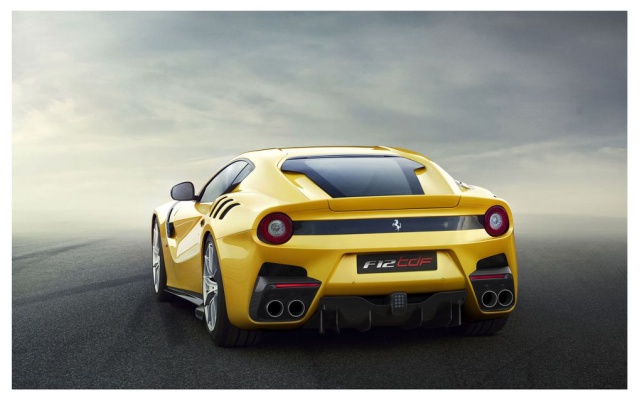 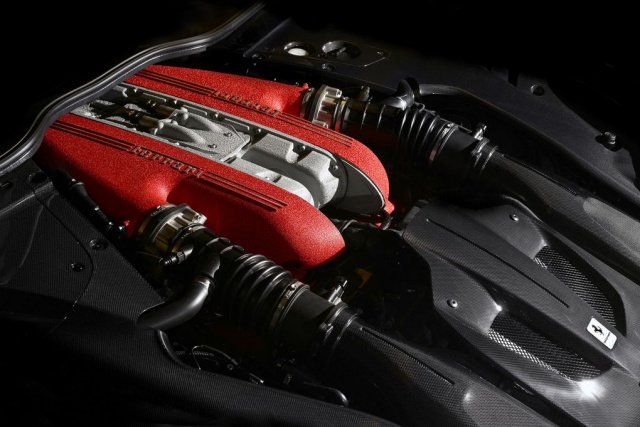 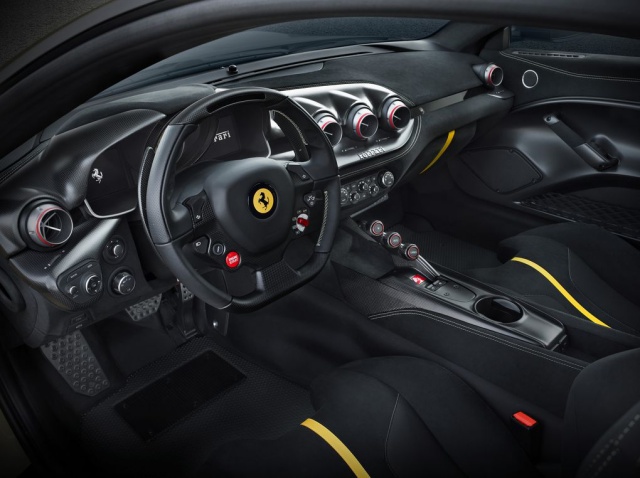