In October last year, Hasbro said that four more Transformers films would follow 2014's Age of Extinction. A few months ago, we found that the first of those four is titled The Last Knight, with an expected release date in June 2017. Now, one more detail has surfaced, as the first image of Bumblebee (in disguise) has been released by director Michael Bay on Twitter. Keeping with the new tradition, Bumblebee (the Autobot's second in command) will take the form of a 2016 Chevrolet Camaro.

Bee is back! @generalmotors really got it done with this custom-built 2016 Camaro. #transformers pic.twitter.com/t8NkOQlqc5

While we would have enjoyed a peek at the CGI-created transformed version better, it looks like it's full steam ahead for the fifth film in the Transformer franchise. When we last left the action, Optimus Prime was jetting off into space to discover his creators. This film will likely deal with what the head honcho Autobot has encountered. 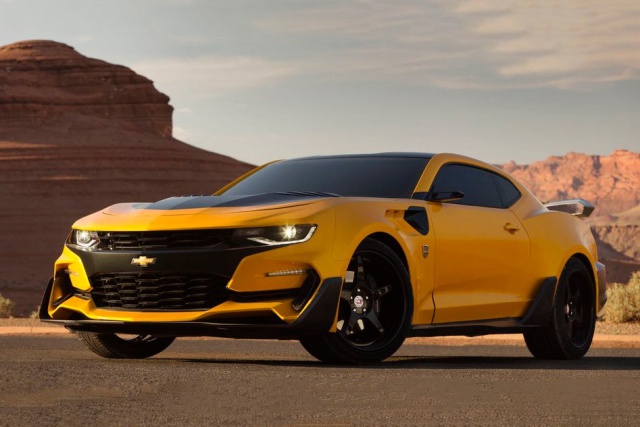