What's in a name? If yesterday’s Lumia 535 launch is anything to go by, not much, seeing that “Nokia” has fallen to the wayside, to be replaced by a new Microsoft brand identity. The company continues its targeted assault on the cost-savvy user with this new device, which is priced at a particularly enticing R1 700. The Lumia 535 is clearly aimed at delivering as much value for money that Microsoft can muster from a 5" smartphone. 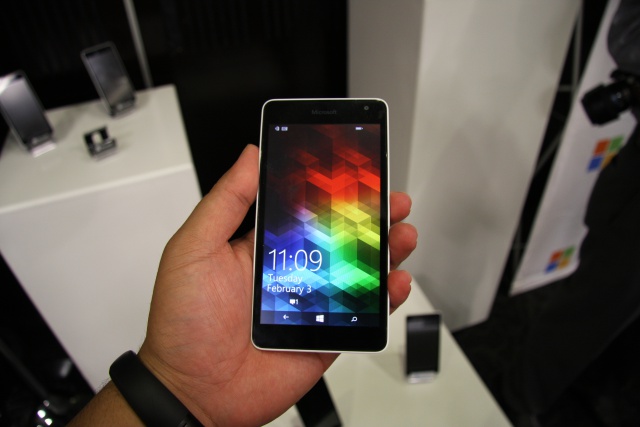 We were on hand to get up close and personal with Microsoft's new device, and despite a logo change on the back cover and battery, it still feels like a Nokia product through and through.

The Lumia 535 is quite large, yet surprisingly light. It weighs in at 146 g, and houses a 5" qHD display (960x540). It seems that the number five is littered throughout this smartphone, as it also features two 5 MP cameras: a primary one on the rear, and wide angle front facing one specifically geared towards selfie-obsessed users. The image however in selfie mode is inverted, an issue we've found in other Lumia devices from the past, but given the price can be overlooked somewhat. 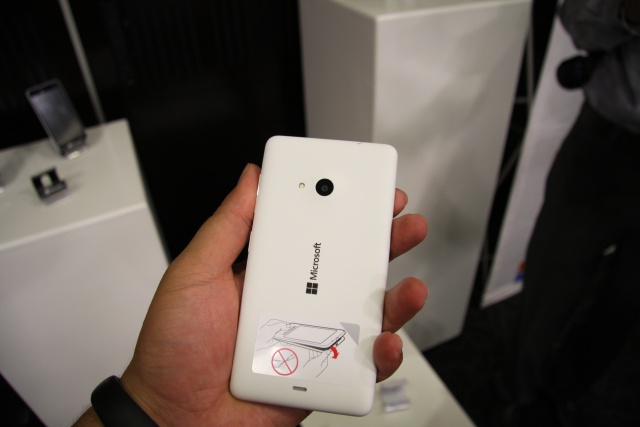 Internally it packs a quad-core 1.2 GHz Qualcomm Snapdragon 200 processor, with 1 GB of RAM and 8 GB worth of on-board storage thrown into the mix. Should the latter prove insufficient, the Lumia 535 features a microSD slot for up to 128 GB. If that still does not keep you satisfied, then Microsoft also serves up 15 GB worth of free OneDrive storage, as the company seeks to push its full spectrum mobile service offerings.

Examples of this include free access to the HERE maps application, as well as Office Suite freely available to use. Windows Phone 8.1 is baked in for good measure, which is a significant OS update in look and feel compared to its predecessor. Lumia Denim will too be available, when it ports to users OTA. 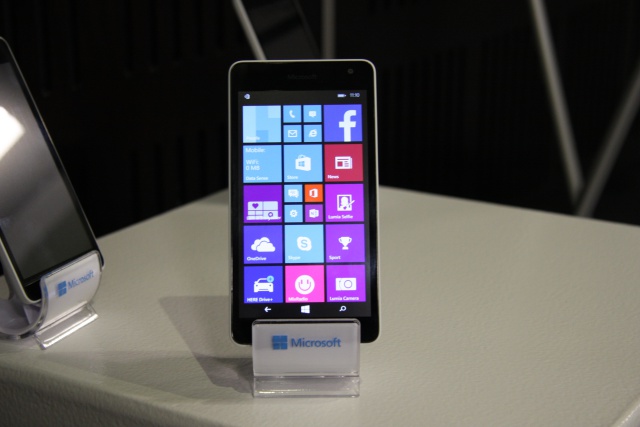 The Lumia 535 is already available in SA stores, with a single SIM and dual SIM variant ready to purchase. For now colour options are black and white, but more colours are set to follow, as the removable back cover will allow for some easy swapping. Instead of being a purebred Microsoft smartphone in look, the Lumia 535 should rather be viewed as a culmination of Microsoft's mobile services and applications, all put together in Nokia's wrapping.