If you are a PC gamer doing your level best to stay within your budget, then (cue the old Jaws music) this week brings both opportunity and danger. Steam’s summer sale has just launched, which means plenty of opportunity to pick up some fantastic games at hefty discounts every day for the duration of the sale.

Of course, it also brings with it the very real possibility that you may well end up bulking up your PC library far more than you intended – and adding to that ever-present backlog list.

Nonetheless, the Steam sale allure is near legendary, a siren’s call that few successfully resist.  At this point, notable specials include Far Cry 3 (cut from $30 to $7), The Witcher 2 (slashed from $20 to $4), and on the latest flash sale (refreshed every eight hours to give you a nudge), Castlevania 2: Lords of Shadow, which has been reduced from $35 to a bloody $26. Don’t say we didn’t warn you.

The good/bad news is that the Steam sale shark will leave the immediate area on the 30th of June, so if you can just hang on to your wallet for ten days, you may just make it through. Maybe.

Trine: Enchanted Edition will be free

For PC gamers in particular this week, the good news keeps on coming. The latest is that 2009’s  excellent Trine will be receiving an Enchanted Edition via Steam, which will bring all the improvements to bear that were subsequently made to the sequel Trine 2. The even better news is that for those who already have Trine, the Enchanted Edition will be free.

Also worth noting is that players will be able to switch between the old-school version of the game, and the new, enhanced edition, and compare the two side by side. While the beta version of the Enchanted Edition is now available, a formal release date for the final version of the upgrade has not yet been confirmed.

Incidentally, PS4 players, and those who have PlayStation Plus aren’t completely out of the loop – at this time, Trine 2 is one of the free games currently on offer for this month. Another World coming to PlayStation

In news that is quite appropriate given that it is Friday (traditionally a day when full time workers long to dive into another world colloquially known as the weekend) the classic and cult PC platformer Another World is apparently on its way to PS platforms, including the PS3, PS4 and the PS Vita. The game has apparently been given a bit of a spit and polish, to look even more lovely. Given that it is now 20 years old, we cannot wait to see how it will look on current gen consoles.

For those who never played it, or forgot all about it (shame on you!) the game follows Lester, a scientist who finds himself stranded on a hostile alien world after one of his experiments goes south ( ie the Doc Ock route for those who appreciate Spider-Man 2 references).

Of course, he – and by extension you, are expected to survive the experience. It is expected to arrive on the PlayStation store on Tuesday, although strangely, its price has not been announced. If you have thirty minutes to kill and feel like filling the gap with some Metal Gear Solid V goodness, then you’re in luck, as Konami has released its Metal Gear Solid V: The Phantom Pain E3 theater demo video for your viewing pleasure.

If you think the name is a mouthful (you’re right), then we suggest you get comfortable for the demo; Metal Gear Solid is known for fantastic and deep storytelling, much less so for brevity.

Far Cry 4 is yet another game that's received plenty of attention in recent weeks, and this one is proving no different, as Ubisoft has released an image of the main protagonist on the game's Facebook page. It has now been revealed that gamers will assume the role of Ajay Ghale, described as a "Kyrat native, devoted son and Pagan Min's guest of honor". 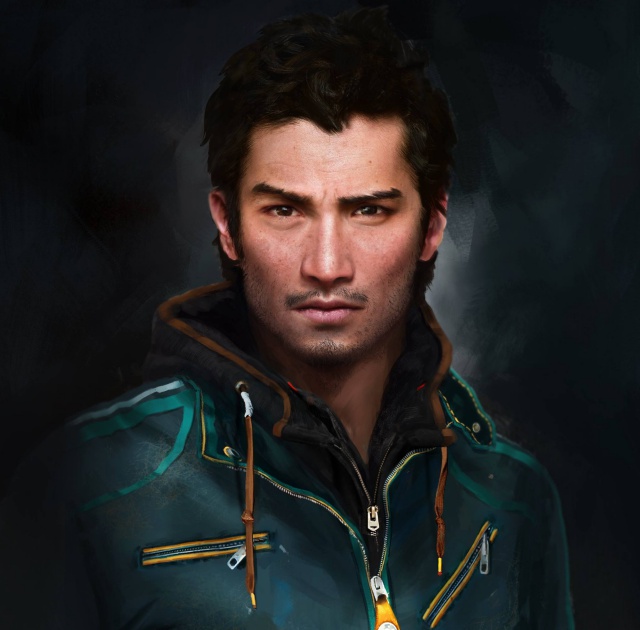 For those of you who may not know, Pagan Min is the hipster haircut sporting, pink suit wearing dictator, controlling the fictional Himalayan region of Kyrat. Ubisoft also released a video, detailing the opening sequence of Far Cry 4, where gamers get introduced to their gracious host, through the perspective of Ajay.

An update for Gran Turismo 6 has been released by Sony and Polyphony Digital, with key additions being a host of new vehicles as well as the Red Bull Ring track. As excited as we were to test out a new racetrack, we were more intrigued to try out the range of new cars, most notable of which being the Volkswagen GTI Roadster Vision Gran Turismo.

The name might be quite long, but its only intended to draw out the anticipation a little further, before you actually get to see this radically styled VW in pixelated action. As with most concept cars on GT6, the looks incredibly fun to drive, and should provide gamers something new to try and win.

Crazy looking GTI aside, the update will also give gamers access to three other vehicles, including the GT-R NISMO GT3 Nissan GT Academy Team RJN ‘13 (another name that rolls off the tongue) and Toyota TS030 Hybrid ‘12. Added to this, developers have included some refinements to the game's physics simulation model to deliver more responsiveness from the tyres and rear wheel drive heavy cars. As boring as that may sound, it still forms part of what makes the Gran Turismo franchise so good - its level of driving realism.

In case you were incapacitated last week, you probably know that E3 dominated anything gaming related, with Sony and Microsoft squaring off against one another. One of the many announcements made by Sony, was Grand Theft Auto V making its way to the next-gen console PS4.

This news really interests us, as it will serve as a solid benchmark to see the difference in quality between the PS3 and PS4. We all know that the PS4 has greater processing power and provides game developers a richer canvas, but we have not seen it in full action as of yet. Following the announcement, a PS4 specific trailer was released by Rockstar games, which in itself looked amazing.

To offer a little more incentive to gamers, a new video showcasing the difference between the two GTA V versions has been released by Digital Foundry. The video features side by side comparisons between the PS3 and PS4 levels of quality. As expected, the PS4 version looks fantastic, and amps the level of detail within every single element of the game. Check the video below to judge for yourself.