Gaming News Roundup - The Watch out for Advancement Edition

Some things are as predictable as sunrise, such as each new year bringing new phones from Samsung, new rumours about Apple and new Call of Duty games from Activision.

With regards to the latter, Activision protected its six and fended off flanking rumours by quickly confirming and announcing that indeed this 4th of November would once again be beset by a new Call of Duty title, called Call of Duty: Advanced Warfare.

Apparently, the game will be on the even more futuristic side, offering up hoverbikes, exosuits that offer up special abilities, such as being able to make oneself invisible and jump freakishly high and scale tall buildings.

That’s not the only reason to get excited about the game – even more compelling is that Kevin Spacey (House of Cards, Superman Returns, American Beauty, The Usual Suspects) will have a major role in the title. Advance to the trailer below if you are already intrigued or if your attention has been captured with no chance of escaping COD’s clutches.

When Disney acquired the Star Wars IP, many feared that it would mean the end to future games covering the franchise’s rich heritage.

In a week that saw the internet go a little stir crazy about new casting rumours for Star Wars: Episode VII, Disney also continued its push into revitalizing Star Wars games, announcing Star Wars Journeys. Before you get too excited though, these are not triple A, next gen titles, but rather a series of interactive storybooks for iOS aimed at being family friendly.

Apparently we can expect a further five standalone apps, each encompassing the six movies to date, and leading up the film release of Episode VII. The first to land is Star Wars Journeys: The Phantom Menace. Each title will apparently boast its own game element, with podracing being featured on the Phantom Menace (of course). The storybook/game app is currently R75 on iTunes.

Just in case it had slipped your gaming radar that Wolfenstein: The New Order will be available before the month is over, Konami has released a new gameplay trailer to remind those of us distracted by the flurry of public holidays.

The game, which arrives on Xbox One, PlayStation 4, Xbox 360, PlayStation 3 and PC, thrusts players into a nightmarish alternate reality, in which the Nazi’s won World War II and the world lies trampled under its domineering jackboot. Yours, of course, is not to give the Nazis a pedicure, but rather cut off their feet – figuratively and literally – at every turn.

Just when you thought you had made it out of the Silent Hill franchise with your sanity still intact, it appears that players are not quite free from its haunting grip. Indeed, two titles, namely Silent Hill: Origins and Silent Hill: Shattered Memories, previously only available on the PSP, have now groaned and shambled their way onto the PlayStation Network,

Silent Hill: Origins acts as a prequel to the series and follows Travis Grady, a truck driver, as he enters the mist-shrouded town to dig up information on a girl he rescued from a fire. Silent Hill: Origins trails Travis as he explores the seemingly abandoned town, collecting items to help him in his search; only to find that childhood memories can indeed haunt one - and the the monsters are very real.

Silent Hill: Shattered Memories, meanwhile, should satisfy purist’s take on survival horror, continuing the premise from the above title, but removing all combat elements from the game. The games are expected to be about R140 each. 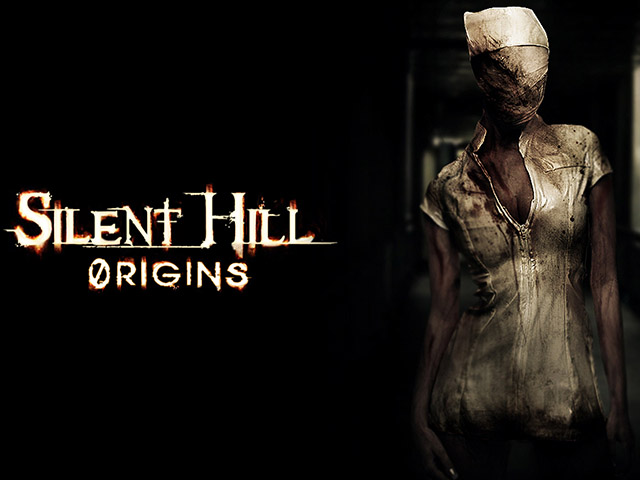 Game developers, Ubisoft UK have released a new trailer detailing the additional features and content available on the Watch Dogs Season Pass DLC. Included in this new DLC, are single-player story mode, gameplay level, as well as unique weapons, missions and outfits for gamers to get their hands on.

The single-player storyline will see gamers take the role of T-Bone, a grey-headed, dreadlock-sporting hacker whose peculiar eccentricities and penchant for explosions should make him plenty of fun to play as. As far as a new gaming mode goes, the Season Pass DLC will grant gamers access to 'Conspiracy', an alternative universe gaming world where users can hunt and destroy cyborgs.

The Season Pass DLC is currently listed at $20 (R210) for US gamers, with no detail on when it will be making its way to SA. But you can look forward to playing Watch Dogs when it drops in store later this month on 27 May across all platforms.

Rise of Incarnates is Bandai Namco's new free-to-play, shooter/fighter gaming hybrid, drawing inspiration from Japanese arcade-style fighting titles, and designed by the creators of Tekken and SoulCalibur for the PC.

Rise of Incarnates takes place in a dystopian future, where the world has been plunged into chaos (once again), and people imbued with special powers, dubbed 'Incarnates' roam the world. These Incarnates channel the power of gods, demons and monsters from mythological lore.

The gameplay pits two-on-two-gamer teams against one another, and incorporates both melee, ranged-attack and co-op fighting. There are currently four Final Fantasy-esque characters on the Incarnates roster, with more to follow.

Rise of Incarnates is scheduled for PC release towards the end of 2014, and marks the first step in Bandai Namco's free-to-play gaming footprint expansion.

A trailer for Airtight Games' new mystery-detective thriller, Murdered: Soul Suspect has been released detailing the killer your character has to stop before he (or she) takes another victim.

The serial killer in question is dubbed the Bell Killer by local media, so called for the bell pictograph he leaves at each crime scene. Gamers assume the role of Ronan O'Connor, a detective charged with capturing the Bell Killer as he terrorises the "sleepy" town of Salem, Massachusetts.

Murdered: Soul Suspect is set for release on 3 June, across all console and PC platforms.

Through My Eyes is a planned cinematic series from YouTube video bloggers, The Two Scotsmen, using actual in-game footage and maps from EA/Dice's Battlefield 4.

EA Sports has just release a teaser trailer for the upcoming Madden NFL 15, starring Luke Kuechly of the Carolina Panthers (2014 Defensive Player of the Year). It's pretty safe to say that the Madden gaming franchise borders on a religion in the US, with plenty of fanfare surrounding team rosters, fantasy leagues and most importantly the game's cover star.

So much so that there's even an urban legend surrounding the cover, something referred to as the 'Madden Curse', in which the chosen cover athlete normally has a disappointingly mediocre year, or suffers a season ending injury. This year's choice is yet to be revealed, but the chosen NFL star will be making an appearance at the 2014 NFL Draft taking place on 8 May.

Madden NFL 15 is set for a 26 August release across multiple platforms including the PS4, Xbox One, PS3 and Xbox 360.