With spring in full step and summer striding its way towards us, now may just be the ideal time to explore the outdoor friendly, techno-treasure hunt that is geocaching.

For those who have yet to discover the allure of the adventuring activity, geocaching essentially sees participants searching for caches (small containers that are hidden outdoors) using a GPS. The cache in question can be filled with whatever the ‘hider’ wishes, usually small items or trinkets. Should visitors to the cache wish to take a memento, then they usually replace it with something else for the next geocacher to find. It is also universally accepted for caches to hold a logbook, which visitors then sign.

The activity apparently has its root – or at least its inspiration – in the era where fortune seekers, and some assert pirates, hid their loot and marked the location on a map for later retrieval (hence the phrase ‘X marks the spot’).

While the premise behind treasure hunting is hundreds of years old, and geocaching has also been likened to another olden-era form of treasure hunting called letter-boxing, the actual activity itself was apparently started at the beginning of this century.

It came about after GPS devices available to the general public had their selective availability removed, allowing general users to garner precise and accurate ‘fixes’ on their location from satellites, something that was previously reserved for the military. Apparently, the first geocache was planted by an American, Dave Ulmer, in Oregon, and found by a resident of Washington state. Four months later, geocaching found its footing with the public at large, after the formation of Geocaching.com, a site dedicated to listing geocaches around the globe. 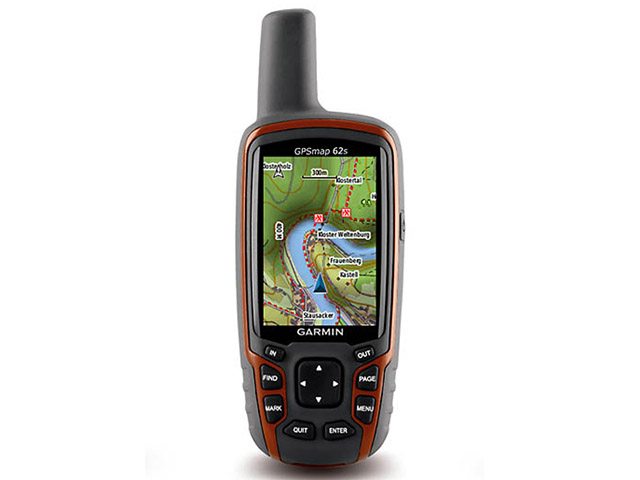 Another popular GPS for geocaching is the GPSMAP 62s.

While it has been around for a while, locally at least, geocaching is still a niche activity. Nonetheless, for those who are interested in jumping into this modern day take on treasure hunting it’s quite easy to get into.

First off it requires a GPS device. Thankfully, these range from entry level models that cost under R2 000 such as the eTrex 10, to more feature-packed devices such as Garmin’s GPSMAP 62s (review) or its Montana 650. While their screen sizes and resolutions differ, they each offer paperless geocaching, which enables users to download the coordinates for geocaches and store these on their device. Most importantly, the locations of caches can also be found on OpenCaching and Geocaching.com.

Also recommended by geocachers is a good pair of walking shoes, especially for caches that are located off the beaten path, as well as water, and a pen or pencil for making entries in the logbook.

Caches are also rated, quite colourfully, according to their size, the terrain in which they’re hid, the difficulty involved in finding them and their ‘awesomeness.’

In short, geocaching can be quite engaging, and dare we say, addictive, particularly if you have a penchant for discovery and a love for the outdoors, while simultaneously enjoying using technology.