HP is making its foray into the world of PC gaming, with the company announcing its new range of products named Omen by HP. With PC gaming revenues expected to swell to $21.8 billion by 2018, according to HP's research, the motivation for the American manufacturer to get involved is clear. HP plans to debut a number of devices during the rest of 2016, but the first wave of products to make their way to consumers will be Omen by HP notebooks.

There are two notebooks in the lineup currently - a 15.6" and 17.3" model. Added to this, each differently sized model can be purchased in two distinct specifications. As such, HP is aiming to offer as many price points as possible for notebook PC gamers. Following the mid-June (13 June for EMEA region) release of the Omen notebooks, HP will also be readying a Tower for debut at the start of July.

For now though, the notebooks are stealing the focus. As far as specifications go, HP has integrated a number of Intel processor configurations for the two Omen notebooks. The 15.6" model can be purchased with either an Intel Core i3 DC, Core i5 or Core i7 setup. The 17.3" variant, however, will only be available in Core i5 or Core i7 orientation.

Added to this will be Full HD or 4K display options, as well as Bang & Olufsen co-engineered dual and quad speakers for the 15.6" and 17.3" models respectively. Furthermore, HP has a number of options in the graphics and memory departments, depending on the model size. To that end, consumers can get up to 2 TB of hard drive storage, along with up to 512 GB SSD and a choice of Nvidia 950, 960 or 965 M graphics cards.

In terms of pricing and availability for the Omen by HP notebooks, the 15.6" model will be arriving for purchase via the HP online store within the next few days. That specific model is expected to retail for R36 999. As far as the larger, more highly specced 17.3" flavour goes, local pricing has not been detailed, but it's fitted with a $1299 price tag in the States. 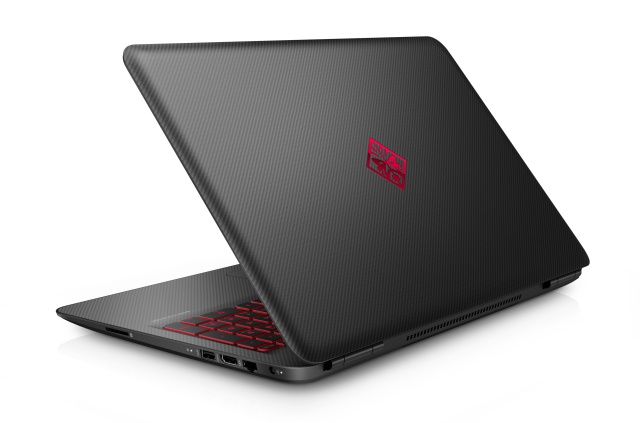 If notebooks are not your first port of call when it comes to PC gaming, HP is also putting the finishing touches on its Omen Tower. This offering is specifically optimised for use as a VR gaming machine, according to its manufacturer. To that end, it is fully compatible with the HTC Vive VR platform. Plans for other VR platforms, such as Oculus, has not been detailed yet.

The Tower isn't pulling any punches on the specifications front either. It will feature an Intel Core i7 processor, with overclocking capabilities on specific models. HP has also added an Nvidia GTX 1080 and AMD Radeon R9 390X graphics setup, which too optimises the VR gaming experience, according to the company. Other aspects to the Omen Tower include up to 3 TB 7200 RPM HDD, as well as a closed loop liquid cooling with an LED light system that changes colour depending on how hot the rig is running.

HP is readying the Omen Tower for release on 1 July in the States, and SA's ones are expected to follow not too long after.

The new Omen by HP lineup looks impressive, and by the end of the year, with a number of accessories and Omen by HP 32 Display also on the way (possibly August), the lineup will have filled out quite nicely. How it fares against the likes of Asus, Acer, Alienware and Aorus remains to be seen.

As always, when more information comes in regarding local availability and pricing on other Omen by HP models, TechSmart will certainly be detailing it.