Buy a pair of shoes these days and the most you're likely to receive extra is an additional set of shoelaces. Puma South Africa, however, is doing things a little bit differently and fully embracing the VR wave sweeping through consumer tech at the moment.

This new marketing campaign coincides with the relaunch of Puma's Trinomic R698 running shoe, which first debuted in the 90s. Any person that walks into a Puma store will find the #Represent698 cardboard VR headset waiting for them to pick up for free (while stocks last). After that, it's a case of downloading the in360Tube (iOS and Android) VR app, slotting in your smartphone and "stepping on stage" with Puma sponsored artists Jack Parow and Ricky Rick.

VR on a budget

We don't all have thousands of rands to shell out on VR headsets. That's where Google's Cardboard steps in. Puma South Africa's Step on Stage headset is built on the same principle. The promo version I was sent featured a R698 shoebox, requiring one to rip out the necessary parts from the the underside. The construction is fairly quick to do and takes no longer than five minutes. Overall, it's pretty solid considering it's made of cardboard. Puma is however offering ready-made versions of the VR viewer in stores for those not keen on a bit of DIY.

Once I was done admiring my handy work, it was time to download the VR app. In this instance, Puma South Africa has opted for the in360Tube app, as I went for the iOS version for my iPhone 6. Once you've found the Step on Stage performance, it's time to hold the Cardboard firmly against one's face. The video offers up a 360 degree view from the perspective of the stage, where Jack Parow and Ricky Rick perform their collaborative track Never Gonna Grow Up. 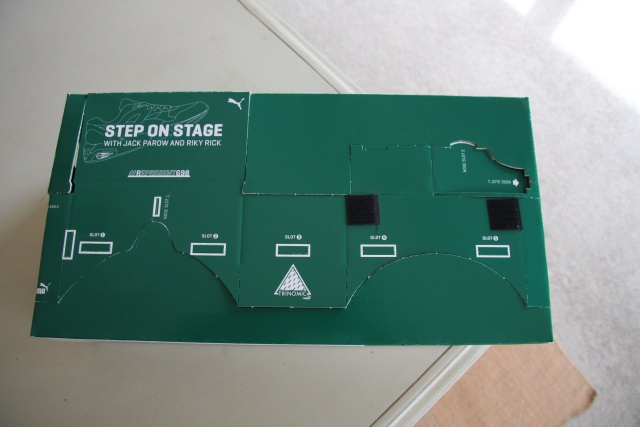 At first, it takes a bit of time to get one's bearings, especially as it's best to walk around and experience every portion of the stage to get the full VR package. On a personal note, I'd say an area free of obstacles is best, as my stubbed toes can attest to.

The quality of the video itself was slightly disappointing, with the HD and SD versions looking virtually identical. It would have been nice to get closer to the action with Parow and Rick, considering they're the major draws for the performance in the first place. As such, #Represent698 is an interesting experiment that I'm sure other companies will try to replicate. Consequently, this is a solid effort in trying to give its consumers something different, and for the moment remains unique within the South African space. 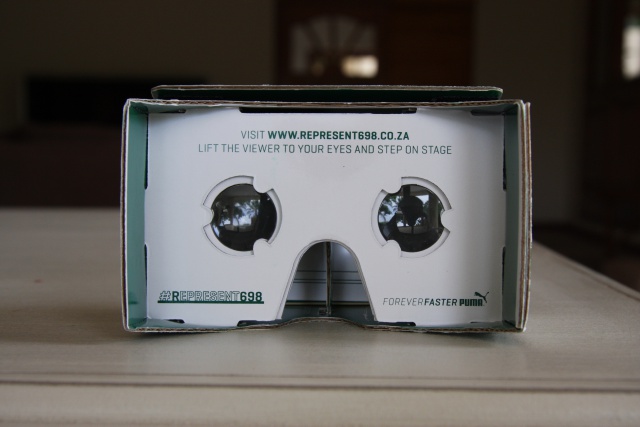 Find out more about #Represent698 here.
Watch the YouTube version of the performance by clicking the link.

Fitbit Versa
Canon Series: The New Gear - Andrew Beck
Ford working on brain research to tell when drivers are switching off at the whe...
Learnerships could be the key to unlock jobs for SA’s youth
Fitbit Versa
TCL to provide some TLC to local television market
Dell Technology Forum 2021: The essential role of data to human progress