4K, 360-degree video and virtual reality. These were three of the driving technological trends that Intel cited recently when announcing their new 7th Gen Core processors. Designed for the "immersive internet" as they term it, these new 14nm Kaby Lake CPUs are said to deliver 12% faster productivity performance and 19% faster web performance, compared to the predecessor.

Content creation seems to be a core part of the new 7th Gen Intel Core processor experience too, with the American company noting that 4K UHD (3840x2160) and 360-degree videos can be edited and shared 15 times faster with these new CPUs than they could five years ago. 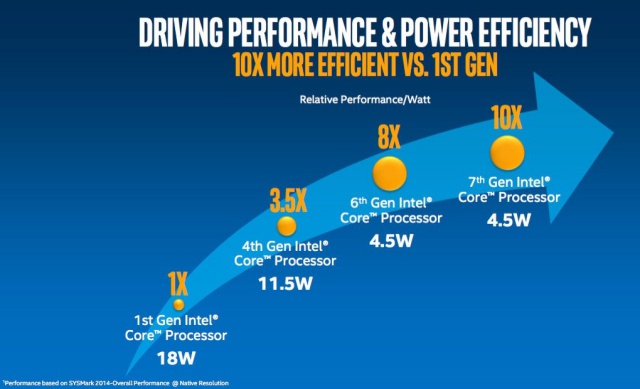 Gaming has also seen a sharp improvement, according to Intel, with three times improved graphic performance when stacked against CPUs from five years ago. Furthermore, the addition of the Thunderbolt 3 port to more devices, and Kaby Lake's compatibility thereof, means setting up a 4K gaming experience is far easier, in Intel's view.

This new CPU announcement means new devices will be on the way, and Intel noted that several of its OEMs (Original Equipment Manufacturers) will have offerings ready for release by the end of September.

For a more detailed look at the 7th Gen Intel Core processors, watch Navin Shenoy, corporate vice president and general manager for Client Computing at Intel, in the video below.