Apart from a few interesting camera announcements, there are two big events laying ahead for Canon. The first is a major Expo taking place in Paris, followed by the sponsorship of the Rugby World Cup in England. TechSmart talked to Dana Eitzen, Corporate Marketing and Communications Executive at Canon SA, to find out what both events will entail.

TechSmart: What is the goal of the big Canon Expo taking place in France during September?

Dana Eitzen: Canon hosts three major international Expo events - in Japan, the US and in Paris. The Canon Expo in Paris during October this year, is presented by Canon Europe every five years and serve as a platform to showcase all of Canon’s existing and latest product lines.

What does Canon's sponsorship of the Rugby World Cup involve?

The Rugby World Cup is the third largest sporting event in the world and by being associated as a major sponsor of this event for the first time, Canon Inc. underscores the strength and appeal of the Rugby World Cup brand in the global sponsorship marketplace.

This sponsorship is also a very exciting opportunity to support professional photographers and fans with Canon’s imaging expertise, as they capture and share world class rugby moments throughout the tournament. The Canon Professional Services (CPS) team will be on site sharing their imaging expertise and helping Canon professional photographers to get the perfect shot throughout the tournament. Event photographers shooting with competitive brands will have the opportunity to also use some of Canon’s latest photography equipment during the series. Canon will also be working with Rugby World Cup Limited to deliver a range of image-related initiatives to enhance the spectator experience during the tournament. 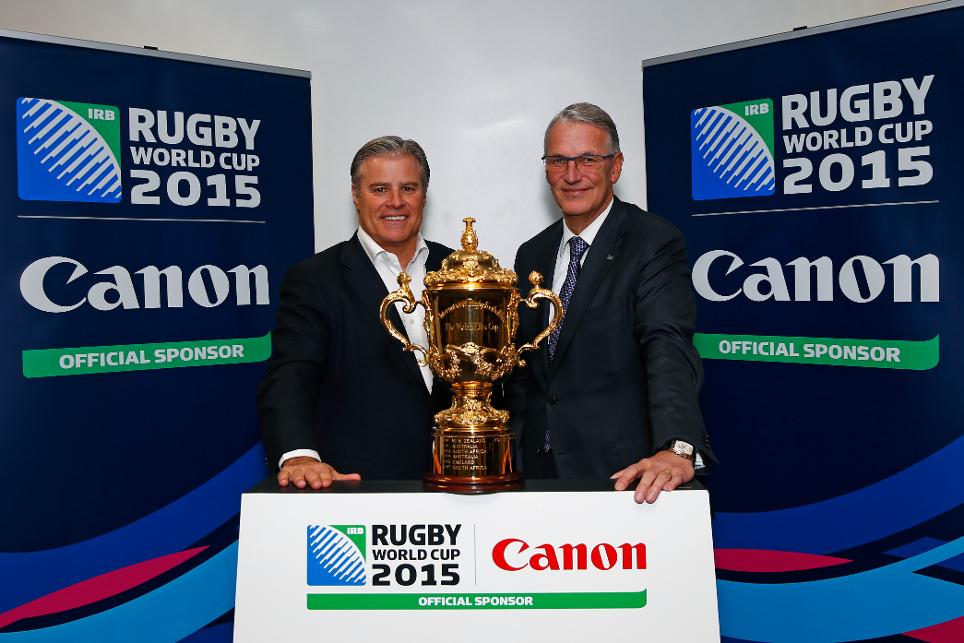 What is Canon doing locally to promote its involvement with the Rugby World Cup?

We are currently running a major competition through which we are giving away two double tickets to the semi-finals at Twickenham Stadium on 24 October 2015, economy class return flights from South Africa to London and two nights’ accommodation on a bed and breakfast basis. To enter, you need to purchase any Canon product before 31 August 2015 – it can even be a small purchase such as an ink cartridge. We did a lot of in-store promotions around this competition and also partnered with the Caxton media group to promote this for us on all their various platforms.

We are also running a competition for our Large Format Printer range for the higher-end product sales through a B2B campaign. Finally, we’ve also put in place a variety of incentive campaigns for our resellers and we will be taking approximately 50 Canon customers over to London where they will be hosted and have an opportunity to watch two quarter-final matches at Twickenham.

Will we see an important camera release before the Rugby World Cup as we do before every Olympics?

(Laughing) That unfortunately I am unable to discuss. What I can say is that September will be a big month for Canon, and October even bigger. This time of year is always very important for the industry and consumers can once again look forward to some exciting announcements by Canon. During the last year Canon’s made some conceptualization announcements with regards to 3D printing and 4k video recording, so best would be to ‘watch this space’.

Canon has built a reputation locally for good quality road shows, is this still a focus point?

Indeed. We always try to host at least two national road shows per year. Our next one is planned for November 2015 but the dates are still being finalized.  We will visit Johannesburg, Cape Town and Durban with these events and are currently busy putting together the panel of speakers.

Will there be a big local Canon Expo taking place this year?

No, we will not be hosting a local Expo event. The road show events are much more focused and provide the ideal platform for Canon to introduce our new products to customers. Seeing that the road show is national and held in our three major cities, more potential and existing customers are able to interact with our latest products and marketing team

On the 14th of August we held our first, combined staff event with Océ SA, which was really successful. This is a very exciting period for Canon in South Africa and we look forward to welcoming all of the Oce SA staff to our head office when they move in towards the end of this year. Since the acquisition of Oce SA, Canon has made great strides in developing new business.

CORRECTION. In the original article it was mentioned that the Canon Expo in Paris will be open to the public. Unfortunately this is not the case since it is by invitation only.