We love Ryu, Blanka and Dhalsim as much as the next guy, but if we were to be totally honest, we would prefer our Street Fighters to be hero scientists.  Actually, exactly as Diego Sanches created for Brazilian Superinteressante Magazine.

While we’ve previously seen GIF animations of each of the scientists featured, now the browser based game, Science Kombat is live to play over here. 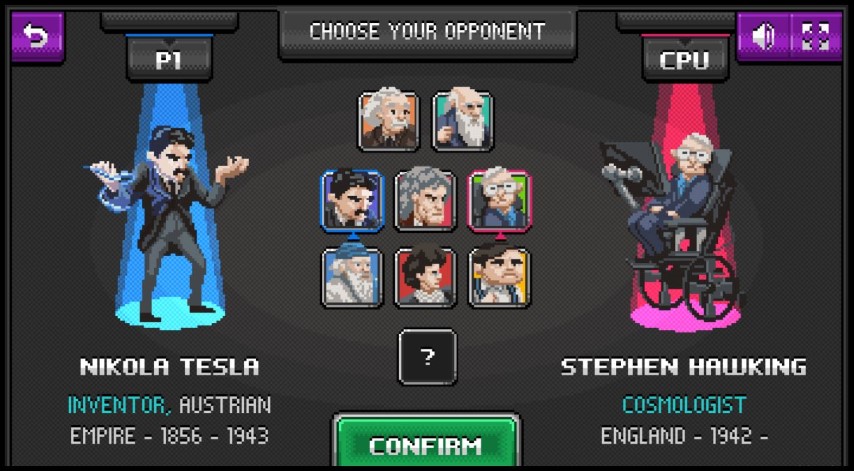 You can choose from amongst this crazy bunch of hardcore scientists to go mano-a-mano, either in single combat or in a tournament. There is one final boss in the final to contend with, having to outdo each other with six basic attacks and two special attacks. Special attacks incorporate some of the ideas these scientists are best known for, with Newton for example being able to conjure up apple from the sky, or a prism that divides light into beams that hit your opponent. Each fight is started with an appropriate quote from one of the scientists.

When playing the game you might want to switch over to English in the left bottom corner. And this time you can really play it ‘for science!’.