Lacing gets a makeover with Netfit from Puma

UPDATE 12 JULY 2017: The Puma Ignite Nitfit running shoe will be available from South African retailers on Saturday, 15 July and looks set to retail for R2 799 for men and R2 599 for women. 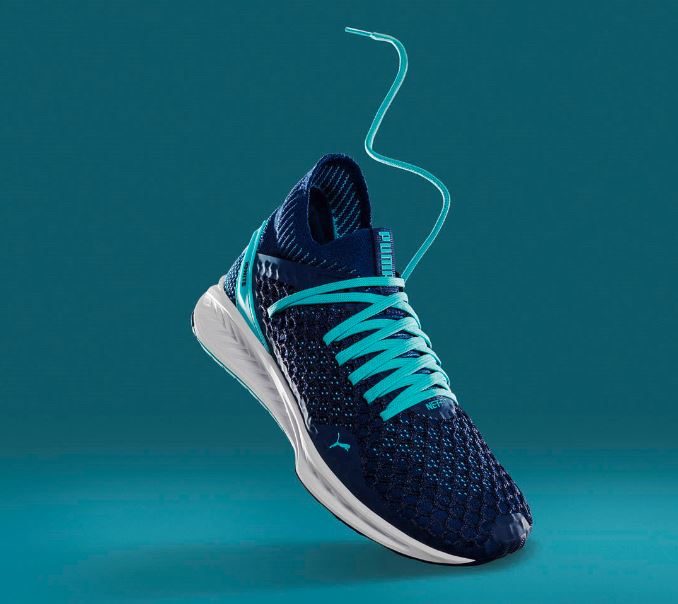 While Nike features Flyknit uppers and Adidas concentrates on their Boost technology, Puma is looking towards innovative lacing to keep runners happy. Called Netfit, it’s an customisable lacing system that allows for very specific support for runners when securing their feet, and, certainly in other Puma ranges, a whole heap of style options.

Netfit is basically a knitted mesh that allows one to thread the laces anywhere through the mesh. Puma notes its innovation and performance teams have developed five different lacing options to help provide guidance. The five lacing systems include:

Puma’s main man, Usain Bolt was on hand to launch the system in London recently, which will feature on the Speed Ignite Netfit (now in-store) and the Ignite Netfit (in-store 15 July 2015) running shoes.

While the specific fit of your shoes can help a lot during a race, Puma is, of course, entirely aware that their fans will also use Netfit in unique ways to show off the more stylistic aspects of it, with the Tsugi Netfit shoe catering to lifestyle users. “With Netfit, we’re bringing fashion and style to the world of Sports in a way that is uniquely Puma,” says Adam Petrick, global marketing director at Puma.

Netfit will also be available on Puma’s football boots, with the evoKnit 365 Netfit appearing in-store during August 2017. Check out a few of the videos below to see the Netfit lacing system in action.