If you still needed an excuse to get your hands on a PS4 console, then perhaps the newly announced PS4 bundle for Metal Gear Solid V: The Phantom Pain will prove good enough to coax your wallet. The game, which arrives in SA on September 1st, will also see a limited edition PS4 bundle land in the country, although pricing remains a mystery at this stage. 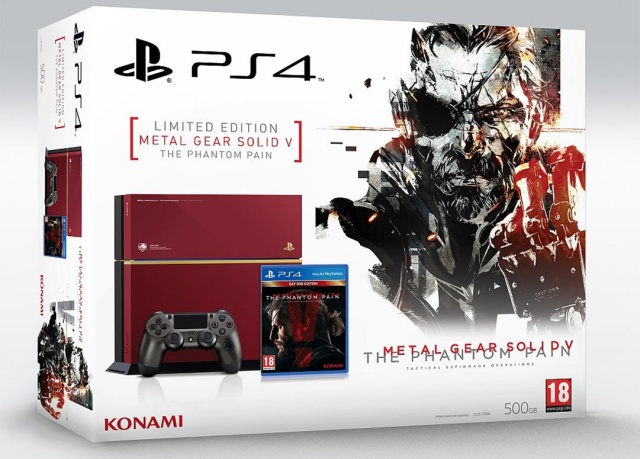 What is known however, is what this PS4-exclusive bundle will be touting. First the console itself, which can be adorned with deep red stick on cover up front, black for the back portion and gold running along the console's light strip. According to Sony, it is inspired by the bionic arm that Snake sports in the upcoming Phantom Pain title. Added to this, the bundle also comes with a Dualshock 4 controller decked out in metallic grey, the same colour as Snake's firearm from the game. The final nod to The Phantom Pain comes in the form of the Diamond Dogs emblem placed on the controller itself.

As far as the console's onboard storage goes, the Limited Edition bundle will utilise Sony's 500 GB PS4 console. If this bundle has wheted your gaming appetite, it will be available exclusively through takealot.com locally, so it might be a good idea to trawl their site daily as the number of units and exact availabilty for SA has not been detailed.

By now you should be well aware of what The Phantom Pain is all about, but if not, click on the trailer below.