Over the past two years, Mercedes-Benz has been developing all manner of car that delves outside the conventional petrol setup. For the Paris Motor Show, the Stuttgart-based carmaker focused heavily on its all-electric portfolio of vehicles, what it terms Generation EQ. One of the first offerings in this lineup is an SUV, which will kick start the company's new range of vehicles.

The Generation EQ, as the SUV will be known by for now, features two electric motors. Said powerplant can be scaled according to the driver's required needs, with up to 300 kW of power on offer. Added to this is a permanent all-wheel drive system and a driving range estimated at 500 kilometres depending on driving style. 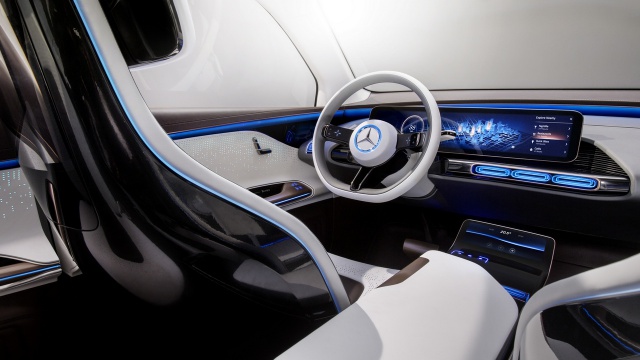 Along with an entirely new engine, Mercedes-Benz has also given the exterior a radical change, particularly the frontend. To that end, the more traditional grill and Benz logo have been replaced by digital ones. How diehard Merc fans will respond to that, however, remains to be seen.

Take a gander at the Generation EQ in the video below.